Visiting Raglan Mine and Local Communities in Nunavik 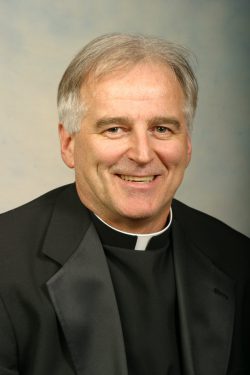 In its Faith Consistent Investment (FCI) protocols the Oblate Investment Pastoral Trust (OIP) actively engages all the sectors and many specific companies. We have engaged the commodities sector and more specifically the mining industry for a number of years. This initiative came about through request that we were receiving from Oblates and other missionaries in Latin America, West Papua and in the Philippines.

This conversation followed the usual engagement format through shareholder resolutions, attendance and annual general meetings and speaking and private meetings with company representatives. This engagement took an interesting turn in January 2013 when representatives of some very large companies asked for a meeting at the Vatican, specifically with the then Pontifical Council for Justice and Peace led by Cardinal Peter Turkson.

I was invited to help organize and to speak at what eventually became a series of Days of Reflection that were organized at the Vatican in 2013 and 2015 and another is expected in 2018. These conversations were expanded to an ecumenical and interfaith framework through a series of sessions at Lambeth Palace, at Bishopscourt, in Capetown, Lusaka, Lima and Bogota. These are continuing with the next event scheduled for Lambeth in early November 2017.

The agenda for these conversations was organized a roundtable framework that was multi stakeholder and at least three different themes. The role and contribution of the industry to development and human progress while respecting and protecting the earth and creation have been important themes with theological and cosmological perspectives occupying an important part. The broad scope of responsibilities that governments and companies must demonstrate to communities and for their livelihoods, especially those occupying or owning the existing sites and surrounding areas is also a priority. Finally, the industry is large scale, intrusive and has huge impacts on the environment both immediately and for a long time into the future and this brings with it responsibilities that can extend out for close to 100 years.

Recently I participated in the visit of the Community of Interest Advisory Panel from the Mining Association of Canada visit to the Raglan mine region in Nunavik in northern Quebec.

The weather did not cooperate with scheduled travel to visit the Kangirsujuag and a visit to the Kangigsujuag is still being considered weather permitting. (plenty of wind rain and chilly temperatures in the area.) The former was replaced by a road trip to Deception Bay and smaller group conversations with workers at that shipping site. The map below details the area including the surrounding local communities, the land area and the surrounding waterways, bays and inlets, including “Deception Bay”.

Oblates from Notre Dame du Cap province served in the region of the mine and the Oblate Lacombe province maintains a missionary presence in the Nunavut territory, west of Hudson Bay and in the Churchill diocese.

The Oblate presence in the area is rich and historic and detailed in different OMI archives and publications and recently in the biography of Fr. Jules Dion, OMI,“Fifty Years Below Zero” who is living at the Oblate Richelieu residence in Quebec. 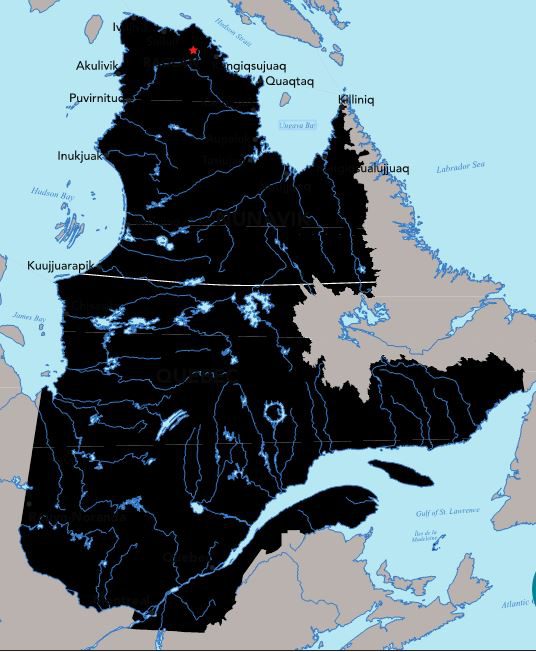