By Will Shaw with Fr. Richard Hall, OMI, Photos by Irma Noyola 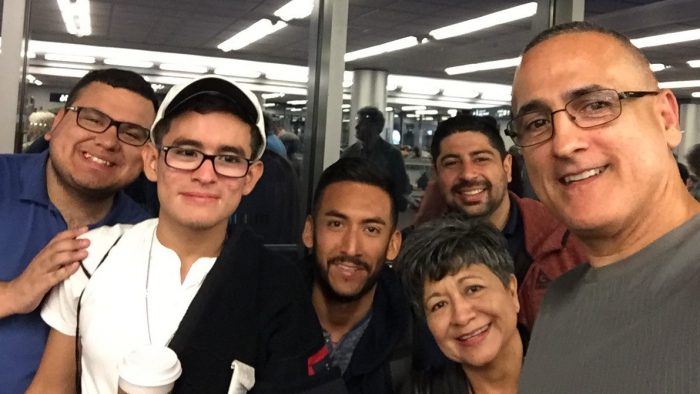 Over the weekend of October 6-8, The Oblate Vocation team sponsored a “Come and See” weekend at the Oblate Pre-novitiate in Buffalo, NY. Ten young men ranging in age from 18 and 37 came from California, Oregon, Texas, Louisiana, and Illinois to meet the Oblates and look at the possibility of religious life through the eyes of a peer group of young men already in formation as Pre-novices.

What happens at a “Come and See” weekend? For one thing, they don’t spend a lot of time listening to priests and brothers talk about themselves. “I would say they spend maybe, 80% of their time with the Pre-novices. And it’s also the Pre-novices who will help direct the weekend and offer specific conversations with them: one might be about the school, (the Pre-novices attend D’Youville College) another might be about their own vocation call, how they arrived there,” said Vocations Director, Fr. Richard Hall, OMI.

In addition to Fr. Hall, two more Vocation Directors, Oblate Fathers Harold Fisher and Tuan Pham were also in attendance, but the only Oblate making a presentation to the “discerners” was the Director of the Pre-novitiate, Fr. Alex Roqué, OMI. The Vocation Directors traveled with the men from their respective areas, but were simply on-hand to answer questions or engage in deeper discussions with the individuals if asked.

The visitors found their schedule was varied and full. After arriving Friday afternoon, the group enjoyed dinner with the entire community. The visitors, along with a local group of Oblate Associates, then had a special opportunity to participate in Vespers and see the Vicar-provincial, Fr. Jim Brobst, OMI install the new Superior, Fr. John Staak, OMI. Fr. Brobst also offered the visitors an explanation of the office of Superior and installation ceremony.

The Pre-novices then took over again, hosting a “Getting to know you” session, wherein the discerners shared their stories with the Pre-novices who then did the same. Afterwards, they visitors were invited to participate in an optional Adoration of the Blessed Sacrament, which the pre-novices set up to be open all night. 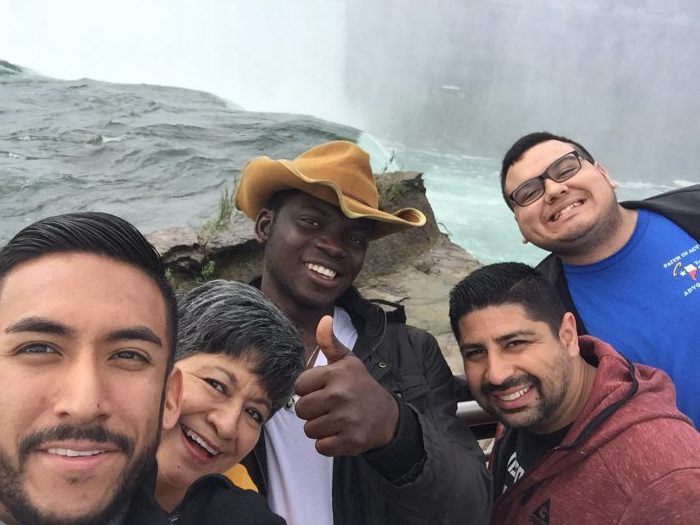 The discerners (and Irma Noyola) learned that you haven’t been to Buffalo until you’ve been to Niagara Falls!

Saturday began with morning prayer, Breakfast, and a day-trip to Niagara Falls. “Again, we stress that at Niagara, they spent the day with their peers, the Pre-novices. We know they’re having conversations all day long with the Pre-novices informally, they see who the guys are in a relaxed state and feel comfortable asking questions about the experience of being in formation,” Said Fr. Hall.

Returning from the falls, they had Mass in the Chapel at Holy Angels Parish with parishioners of Holy Angels and from another Oblate Parish from across town, Holy Cross.

After dinner, it was a “free night” where the visitors could join Pre-novices for basketball in the D’Youville College gym, play cards or board games at the house and just spend more informal time with the Pre-novices.  Sunday was back to the airport and their respective homes after a whirl-wind weekend.

According to Fr. Hall, as many as four of the discerners are seriously considering entering the Pre-novitiate in the fall term of 2018: “Of course that’s in August which is a long way from now, and they have to be accepted by the college and by the Oblates, but four have expressed high interest in coming in.”

This was the first year where the Pre-novices were allowed to set the schedule and designed the weekend and Fr. Hall was pleased with the way it tuned out, “In past years it was more structured, more talks, but this year there was more informal time and more interaction between the Pre-novices and the discerners. The reason for that was the guys in the pre-novitiate felt it was too structured in the past, they suggested more informal time for interaction would be fruitful and Fr. Hall basically agrees.”

The next “Come and See” will be held the weekend of January 12, 13, 14, 2018 in San Antonio where the Oblate Scholastics will be involved. 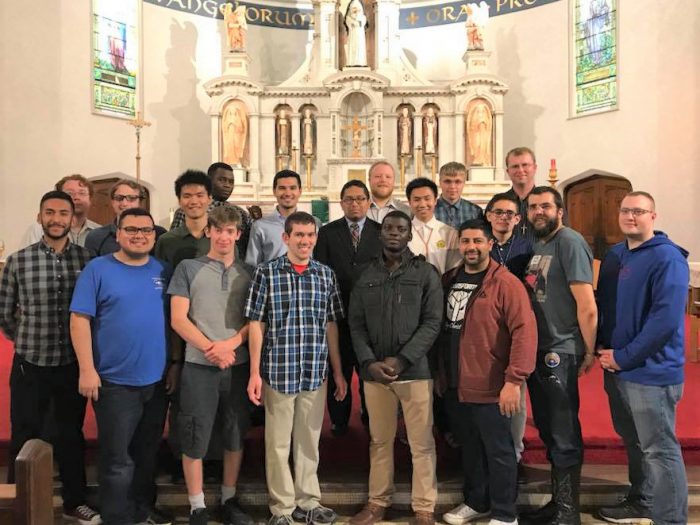 For information on the next “Come and See” Weekend, or any questions from a young man discerning a religious vocation, they are invited to call Fr. Richard Hall, OMI at 210-340-0036, or email him at rhall@omiusa.org. You can also visit the Vocations page at www.omiusa.org by Clicking here 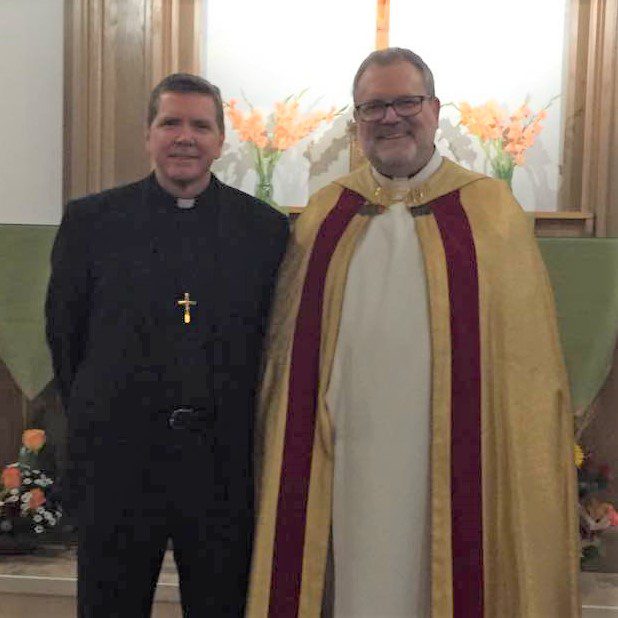 Over the weekend, the visitors saw the new Superior (Fr. John Staak, OMI (left) installed by the Vicar-provincial for Mission and Ministry, Fr. Jim Brobst, OMI (on right)