From July 28 to August 12, 2017, Frs. Pawel NYREK and Pawel RATAJCZAK ministered as chaplains to the 9th International Jamboree of the Polish Scouting Association active outside of Poland. It was held in the Tamaracouta Scout Reserve north of Montreal, Quebec. 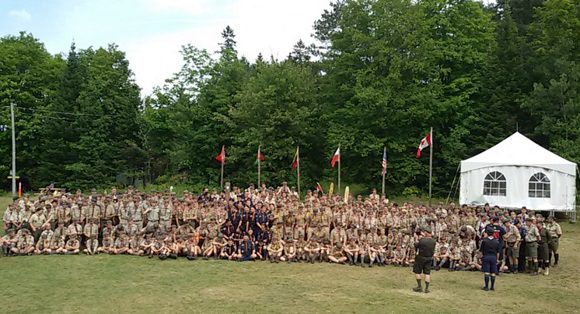 The Jamboree gathered around 1400 participants, who ranged from 6 to 80 years of age, and came from at least 9 different countries. As chaplains, the Oblates participated in camp fires, animated scouting rituals, accompanied young people on outings and kayak trips, blessed scouting camps, ran and judged competitions (such as the singing event of “Scouting Has Talent”), shared camp meals, gave talks on various topics, and were a constant presence to the scouts and their instructors. The chaplains also celebrated daily Mass for the Jamboree, and heard confessions.

Fr. Nyrek took his Scouting Oath and received the Scouting Cross at the end of the jamboree, while Fr. Ratajczak received his instructor’s rank of Deputy Scout Master. The Polish Scouting Association, active in many Oblate parishes, has as its core principles service to God, to Poland, and to one’s country of residence, seeking to develop character and virtue in young people. 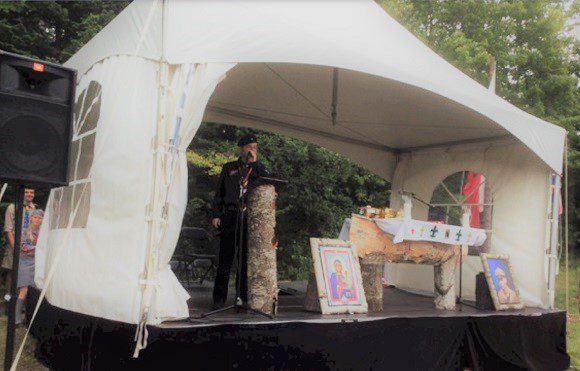 The ministry of scouting chaplain is a demanding one, but also affords an irreplaceable opportunity to accompany young people – both “guides” and “scouts” – in their journey of faith. Frequently, this happens at camp, usually in an environment of natural beauty. Moreover, a scouting chaplain has a unique chance to work with instructors – many of them young adults – who are discovering their vocation and place in society. Both of these activities fall squarely in the category of “Mission with Youth”, which the General Chapter of 2016 identified as a key component of Oblate identity. (News and Views, July-August 2017)