In September, 2017, I described some Oblates from the former Eastern US Province who had been influential in the development of the Catholic Charismatic Renewal.  Now I would like to present some from the former Northern (Franco-American) Province who contributed a great deal to the Catholic Charismatic Movement, and then an interesting new development.  But first, an update on the earlier group. 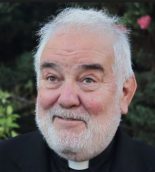 Father Richard McAlear was asked by the Charismatic Renewal Office of the Diocese of Syracuse to co-lead, along with diocesan priest Father Amedo Guida, a Charismatic Mass on Friday, Oct. 6, 2017, in Sacred Heart Church, Cicero, NY, and a Day of Renewal, Sunday, Oct. 8, 2017, at Traditions Restaurant, East Syracuse, NY. Both events were well attended.

Father George Knab, of the former Eastern Province, reminded me that he had been a spiritual director for the Eternal Life Prayer Group, when he was stationed in Indianapolis, IN. 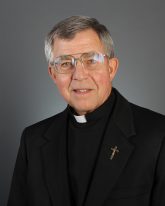 Father Richard Bolduc (and Fr. Armand Ouellet, from Canada) were influential in bringing the Catholic Charismatic Renewal to Haiti.  During his 38 years there, Fr. Richard  organized a charismatic prayer group in the North-east, and in the South. More groups spread from these two.

The singing and the emotions of the Catholic Charismatic Renewal appealed especially to the Haitian Catholics, described by Fr. Richard as “close to the earth.”

Some Oblates did not undergo the Baptism of the Holy Spirit themselves,  but served as spiritual directors for  charismatic groups.  Fr.  Adhemar Deveau served in that capacity both in Massachusetts and Maine. Fr. Frank Demers, during his yearly visits to Tahiti, served as a canonical consultant for the development of the Charismatic  Movement there.  Welcome as a retreat master, he preached at least ten weekend renewal programs for several years to various charismatic groups in Tahiti.

With Fr. Bob Levesque’s encouragement as director, Catholic Charismatic groups found a welcoming home at the Immaculata Retreat House, Willimantic, CT. The diocesan priest in charge of the Charismatic Renewal moved his program to Immaculata. 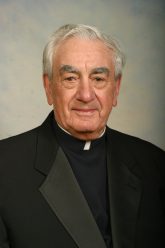 “Catch the New Wind Ministries,” a youth oriented group in New England,  coming out of the Charismatic Renewal, was organized by a former Oblate from the Northern Province.

III.  Oblates and The Word Among Us.

Fr. Al Svobodny, from the former Central Province, sent me the October, 2017 copy of The Word Among Us. This monthly booklet of daily Scripture readings has a world-wide circulation of about 680,000.  Each issue also contains several articles.  The October issue had three articles on the 500th anniversary of Luther’s theses, and ecumenism (pp. 4-20).  Remember that this magazine was developed by the charismatic Mother of God Community, Gaithersburg, MD. 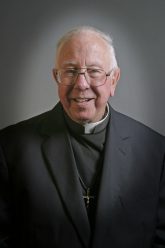 When Washington, DC’s Cardinal James Hickey, in whose archdiocese the community began, wanted to strengthen its Catholicism, he asked Fr. George Kirwin to be part of the group which assisted him–another Oblate involved in the development of the Catholic Charismatic Renewal.

I welcome more information on the many Oblates who helped the Catholic Charismatic Renewal develop into the great Missionary and Ecumenical impetus it is today, during this 50th year of its founding by the Holy Spirit.