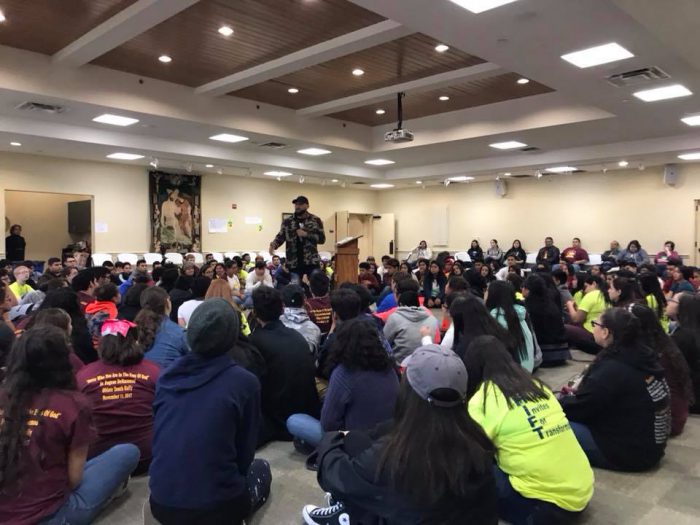 Every year Our Lady of Lourdes Grotto and Guadalupe Tepeyac Shrine in San Antonio, Texas, sponsor a rally for young people. This year the event was held on Saturday, November 11, 2017, with 244 participants representing parishes in San Antonio, Houston, Alvin, Eagle Pass, Laredo, and for the first time ever, Buffalo, New York. The youth rally’s theme, “Know Your Selfie”, was centered around the words of St. Eugene de Mazenod’s Lenten sermon given at the Church of the Madeleine in Aix-en-Provence: “Know who you are in the eyes of God”, and modeled after St. Eugene’s method of evangelization as described in the Preface to the Oblate Constitutions and Rules: “First teach them to be humans, then teach them to be Christians, and then teach them to be saints”.

Members of the U.S. Province Committee for Mission with Youth and Young Adults and volunteers at the shrine organized the rally with the help of some youth ministers from Immaculate Conception in Houston, TX, and Santa Rosa in San Fernando, CA, who had been present for a forum on Youth Ministry earlier in the week. 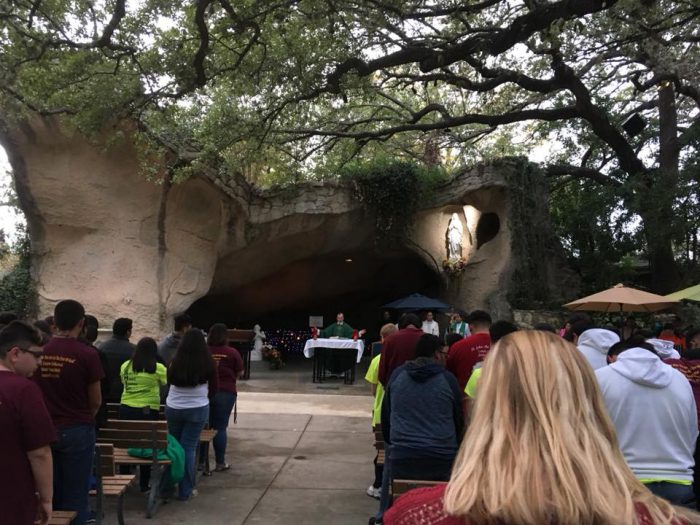 This year the committee invited Dr. Alex Gotay, Jr., a youth minister from the Archdiocese of Galveston-Houston, to be the keynote speaker. Gotay reminded the teens that, “Sainthood is not an option, but a mandate”. Gotay’s style of presentation was not only unique but also dynamic and extremely effective. Despite the threat of rain, the rally managed to go forward and included time for Adoration of the Blessed Sacrament and Reconciliation. The rally ended at the outdoor Grotto with the Eucharistic celebration presided over by Shrine Director, Fr. Leo Perez, OMI, with the presence of six Oblate concelebrants from the U.S., Canada, and Ireland.