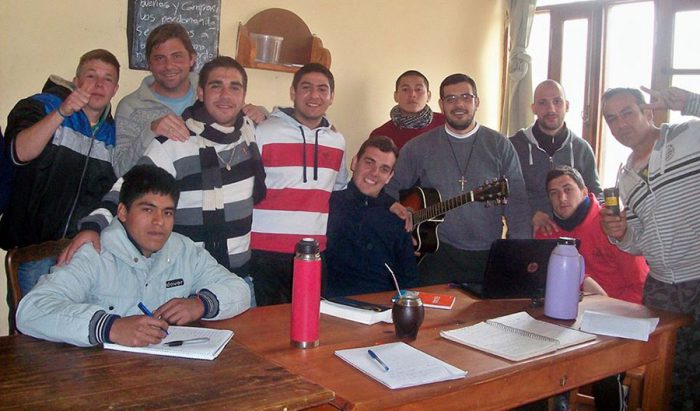 I have been asked to share my experience working among people who use drugs, this long journey of learning, of light and shadow, inside and outside the Congregation — a path marked by the cross and also by the resurrection. I am Brother Luis Lorenzo LUJÁN. I am 33 years old and I am currently finishing theology at the scholasticate in Paraguay. Since my arrival at Partido 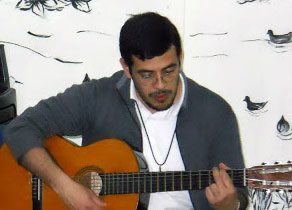 de la Manza, Buenos Aires, Argentina, in 2005, I have felt challenged by the reality of drug users. Since then, I slowly began to approach and get to know that world which is so different and so in need of love. 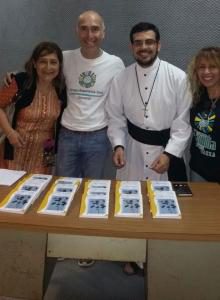 In 2010, I wrote “Vía crucis por los Jóvenes en riesgo” [“Way of the Cross for Youth at Risk”] so that they could pray and contemplate the passion of Jesus, who still is being crucified today in these brothers. This charism of being an Oblate of Mary Immaculate has led me towards those existential peripheries, to accompany the anguish, the pain of death and the hope for the recovery of so many people. Today, after many years, there is a sense of greater hope for the organization of self-help groups in Argentina, Chile and Paraguay. It is a delicate ministry, because it puts into play all of life, both one’s own and that of those who are being cared for. We continually face pain, and this is an unpleasant aspect. Many times, you experience the failure of not being able to help, the threat from the merchants of death, and the continuous pressure game that they exert to let you know that you are in the crosshairs. While a few of us dream and work, fighting every day with this scourge, the drug trafficking networks are gathering thousands of people and leading them on a path that for many has no way out. 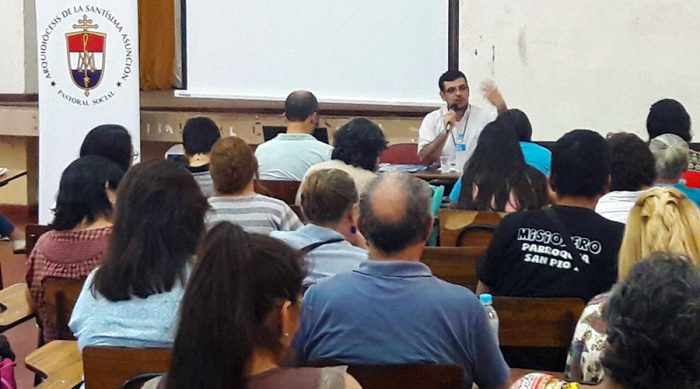 For three years I lived in a therapeutic community “Fazenda de la Esperanza” [“Hope Farm”], accompanying day by day so many people who pass through there on the path of recovery. In January 2013, after living in a center with 70 inmates, they asked me to be responsible for opening a new community of the Fazenda in the Archdiocese of Bahía Blanca, south of Buenos Aires, Argentina. When I started in this, I understood that I just could not do it alone; so we began to link up with other groups. In all this, I met and worked with different organizations, such as the National Ecumenical Forum from the Courtyard of the Gentiles (program promoted by the Vatican). This led me in 2014, during the visit of Cardinal Ravassi, to make a presentation in the Argentine Foreign Ministry, on the work done on prevention. Also the invitation to give talks in different dioceses allowed me to meet with many gospel workers. 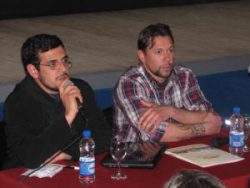 As a missionary, I do not focus only on the few young people who participate in the groups of the parish communities. It hurts and worries me to see that there are many more who stand around outside the church, in the corners, taking drugs, calling out from their silence, calling for our attention. And every day I see more and more that the vast majority of those young people who are missing from our communities are those who are losing their lives today. Amid extreme situations, overflowing with violence and abandonment of all kinds; a word from Saint Eugene urges me not to get tired, to keep trying everything, when he says: “We have the grace to do them some good”. To be able to embrace a desperate family, to dedicate time to listen and fight for life amid so many death threats, to walk through the abandoned neighborhoods, to enter barefoot and up close, to invite them to live a new life.

Believing that I could no longer continue with this work, as I was being harassed by the threats due to my work making people aware and the opening of self- 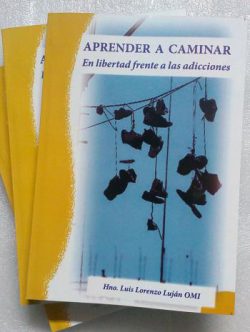 help groups, before my return to life as an Oblate, I wrote the book that bears the title: “Aprender a Caminar” en libertad frente a las adicciones [“Learning to Walk” in freedom from addictions] which was launched this year with the support of my Oblate brothers from Argentina and Chile.

I am convinced that life calls us today, not tomorrow, and we must arrive before, not after. Since I arrived in Asunción, Paraguay, I found the lack of this ministry. For many it is not an important reality. However, entering the neighborhoods along the river, seeing the drug traffic in broad daylight, and the young people agonizing and dying without being heard, moved me to present a pastoral project to create the ministry for the addicted. At first, it was not received well. In recent months, by the grace of God, we began to join with the work of different groups and that has led us to live this phase with great hope. Since October 14, we have been training one hundred pastoral agents from thirty parishes to begin pastoral work in their communities, thanks to the support of the Archbishop of Asunción, Bishop Edmundo Valenzuela.

Drugs are synonymous with slavery and death. As a Christian, convinced that God loves freedom and life, and moved by listening and making heard the cry of those who are suffering, I believe it is a reality for mission, a frontier where we must be present and proclaim there the gospel of life.