Hoffsman Ospino wrote in the Nov. 13 issue of the National Catholic journal America that “hundreds of thousands of Hispanic immigrants are associated with the Catholic Charismatic Renewal, a movement that originated in the United States.  As they find a home in Catholic parishes nationwide, many bring with them a Latin American style of this spirituality that is renewing entire communities.  Nearly half of all parishes with Hispanic ministry have a Catholic Charismatic Renewal Community” (p. 22).

Father Richard Bolduc reminded me that he publicized and used extensively The Word Among Us.

Fr. Bob Levesque brought Oblate leadership to the summer meetings for clergy at the charismatic Franciscan University of Steubenville.

“I am Chaplain for the Center of Jesus the Lord, which is a Catholic Charismatic Community approved and supported by the Archdiocese of New Orleans.

Almost from the time I arrived to be a member of the Oblate Mission Center in New Orleans, the Archbishop assigned me as chaplain to the Center of Jesus the Lord.  That means that this has been my principal ministry for the past four years.  My previous experience with the Charismatic Renewal was as Chaplain to the Haitian Community in Cambridge, MA from 1998-2006.  When I first began this ministry in New Orleans, the Center of Jesus the Lord was housed at a monastery that had previously been the home of Discalced Carmelite Sisters.  It was, at that time, on the same street and walking distance from our Oblate parish of Our Lady of Guadalupe/St. Jude Shrine.  Almost two years ago, we moved to the Garden District of the City and now occupy what were the former parish church and rectory of Our Lady of Good Counsel.  The Community I serve is quite small, approximately 75 to 100 people; but they are a very vibrant and dynamic group of Christians and a joy to be with.  For more information (as well as photos), you can check out www.centerofjesusthelord-nola.org.”

Many thanks, George Roy, for your insights. 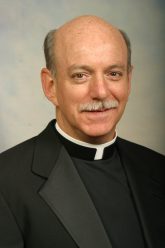 Henry Walker regarding Danny Gagnon:  “There is a large Catholic Charismatic Center here in Houston, TX, and recently they had some sort of convocation–all in Spanish.  Danny Gagnon,  (former Northern Province) was one of the featured speakers.  I think he’s assigned to work in Mexico and/or Guatemala.”

Gene Canas:  “My only contact with these groups is welcoming them to the Cursillo center and often helping them with confessions.  I realize that they offer a certain service to a certain group of Hispanics but are not for everyone.”

Kevin Collins:  “I never made the Life in the Spirit Seminar and I have never been a chaplain for a Charismatic  group.  I have had groups using my parish facilities and have presided at Mass for them.  That would be the extent of my involvement in the movement.”

Does this adequately describe our Oblate involvement in the Hispanic Charismatic Renewal?  I have heard nothing from Oblates in California. My thanks to Henry, Gene and Kevin for their responses.

I welcome further comments, either positive or negative, especially about the Hispanic Charismatic Renewal. 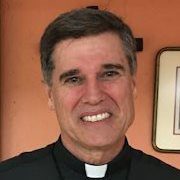 It does seem that the Charismatic Renewal is alive and well in all the Haitian Communities that have formed in the USA. This is greatly due to our former Northern Province members (see Part Two, posted Nov.  15, 2017).