By Will Shaw with Fr. Michael Powell, OMI 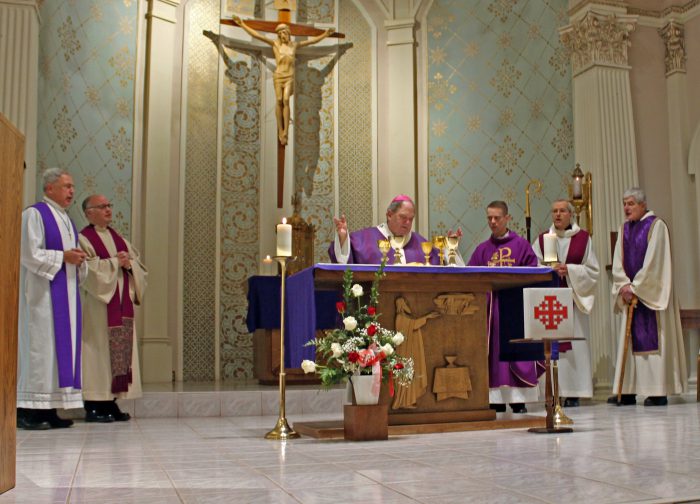 The Oblate Parish of St. Casimir’s in St. Paul celebrated the 125th Anniversary of it’s Founding in 1892 on December 3, 2017. Back then, the first building housed both a school on the ground floor (which opened in September of 1893 with an enrollment of 50) and a church on the upper floor. The building was blessed on November 27, 1892 and the first mass was celebrated on December 3. The permanent Romanesque Church building was completed in 1904 and remains a landmark 113 years later. 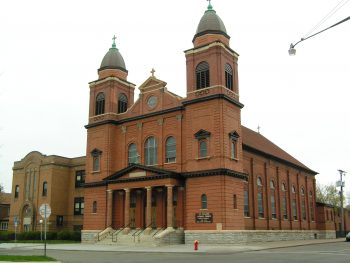 Originally built to serve an increasing  population of Polish immigrants, the parish was staffed by diocesan priests until Archbishop John Ireland called on some “Oblate friends” who were serving in Northern Minnesota to take over. Fr. Andrew Stojar, OMI answered the call and remained pastor for the next 39 years.

Over the decades, St. Casimir’s has seen many changes: The Church survived a fire in 1945, but the school  could not survive dwindling enrollment and closed some 25 years ago; Polish, was once the dominant language of the parish, but now English is most commonly heard but some Polish traditions continue to be observed on special days. Now a fairly typical inner-city parish, St. Casimir’s is home to some 274 families, including a new group of immigrants from Myanmar: the Karen. 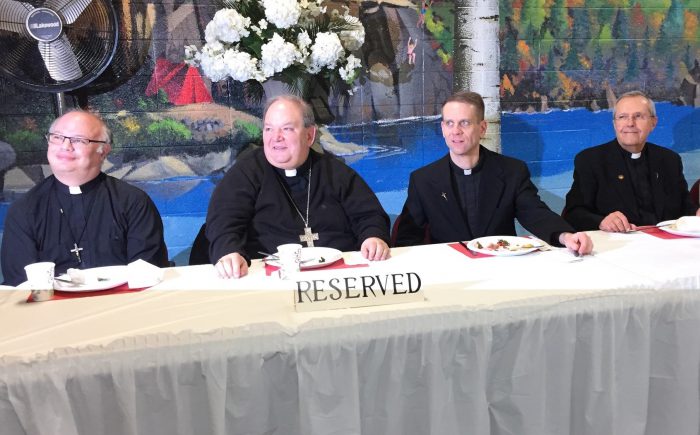 The dance was followed on Sunday December 3, with a Mass celebrated by Archbishop Hebda and a Polish-inspired breakfast reception which drew nearly 250 people, including some school alumni who shared their memories of St. Casimir’s.

Now that the 125th Anniversary Celebration is past, Fr. Powell is busy with preparations for Christmas celebrations and yet another special Mass, again featuring the Archbishop, for the Hmong people (from Laos) who will be celebrating their New Year at the neighboring St. Patrick’s Parish.