During their summers at La Blanche, his Oblate confreres noticed the hard work done by Father Pierre HURTUBISE as he gradually completed a historical work on the papal court of the 16th century. On November 16, at Saint Paul University, forty or so people saw the fruits of his work, at the presentation of his book entitled The Sixteenth-Century Papal Court, from

Alexander VI to Clement VIII (1492-1605). Published by the Vatican Library and the result of more than 30 years of research, this book shows how one can much better understand how the popes lived and governed if one takes into account the members of their court.

In his presentation, Pierre did not fail to highlight the contribution of several people who, throughout his career, allowed him to publish this volume, such as the Salviati family in Italy, who gave him access to copious archives and who encouraged all his research. Congratulations, Pierre, for your perseverance in carrying out this major work of your academic life! (www.omi-qc-on.com) 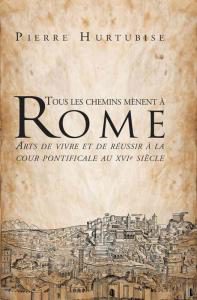 (Editor’s note: For many years, the General House also appreciated Father Hurtubise’s visits while he was doing his research at the Vatican Archives; he often shared interesting stories with his fellow Oblates in Rome. So our congratulations as well!)