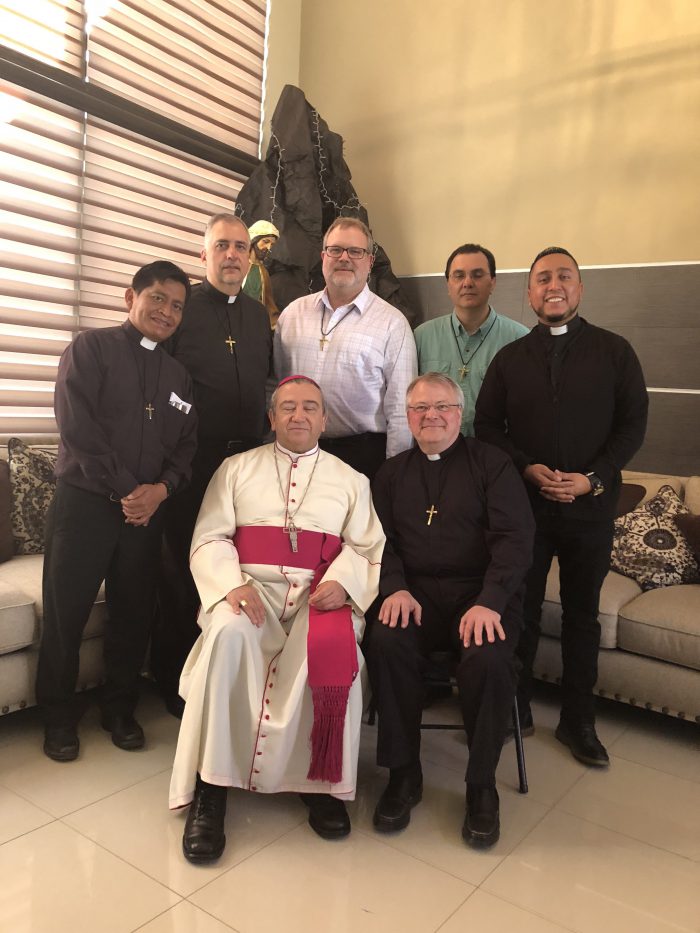 On Saturday, February 3rd, the Oblate USP leadership team, together with our Tijuana Mission Pastor and Superiors (Julio Narvaez and Jesse Esqueda, respectively)  met with Archbishop Francisco Barron-Moreno concerning the future of our Oblate mission in Tijuana. 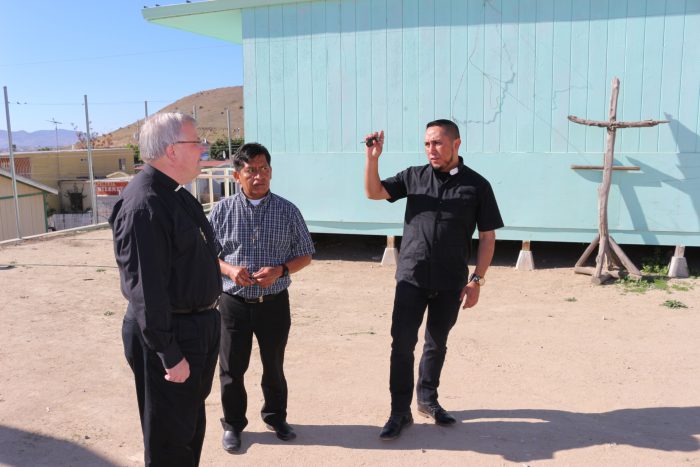 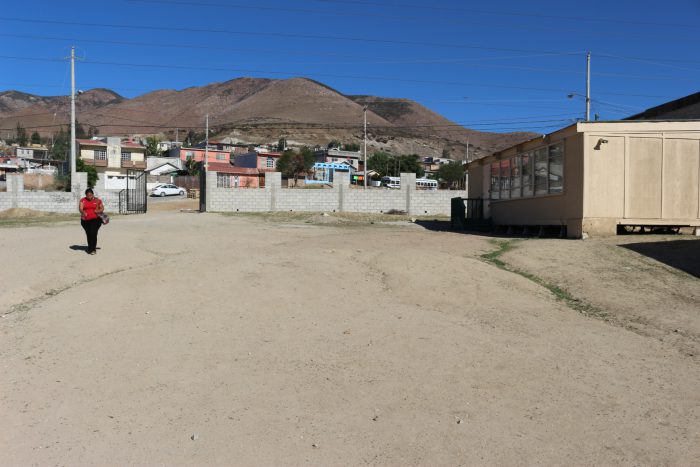 This could be the site of the future Oblate Residence

Since the mission was established in 1996, local population has greatly increased. It is estimated that there are over 200,000 people living within the San Eugenio parish boundaries.  This reality requires us to consider how best to address the pastoral needs of so many people. It is evident that the current parish organizational structures cannot continue to meet these needs. 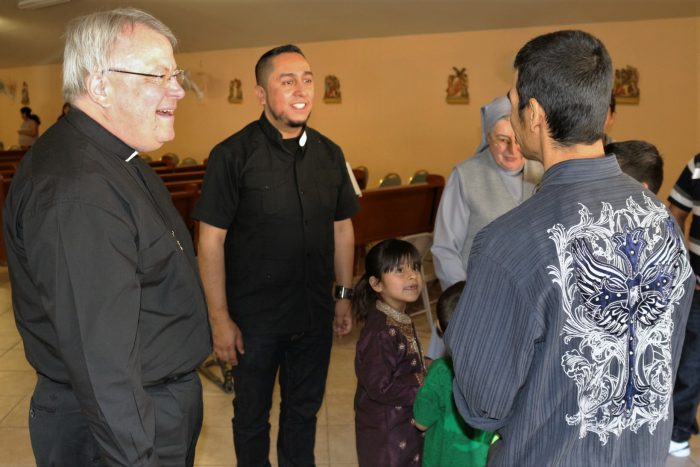 Divino Niño is one of the Oblate’s well-established Churches in Tijuana. U.S. Provincial, Fr. Louis Studer and Fr. Jesse Esqueda visit with a parishioner after Mass.

Our discussion with the Archbishop was about creating two parishes out of the existing parish.  As Missionary Oblates, we will turn over leadership of the more developed portion to the diocese.  We will continue to move into the poorer portions of the parish boundaries.  We will also continue to expand into less-developed areas where the New Faces of the Poor are living outside the current parish boundaries.

Union Antorchista, Fuentes and La Ladrillera are some of the areas where we are developing new faith communities. The new migrants tend to build along railroad tracks, squatting on federal land.  These neighborhoods lack basic infrastructure such as paved roads, potable water, sanitation and electricity. The Archbishop is very grateful for the development of this parish and of our continued commitment to work with the poorest populations of the City of Tijuana.  Those who began, developed and continue this mission can rightly be proud!