The Acts of the 2016 General Chapter #62 reads, “We perceive the Holy Spirit calling us to conversion in the area of interculturality: to live more deeply the creative tension between strong unity and rich diversity, being able to learn something new like a child, to develop the ability to learn, to unlearn and to rebound, to choose interculturality as a lifestyle, as a way of being in mission.” A number of verbs appear in this short quotation, to perceive, to call, to convert, to live, to learn, to develop, to choose. Perhaps one of the most important at this stage of our life as a Congregation is to choose. 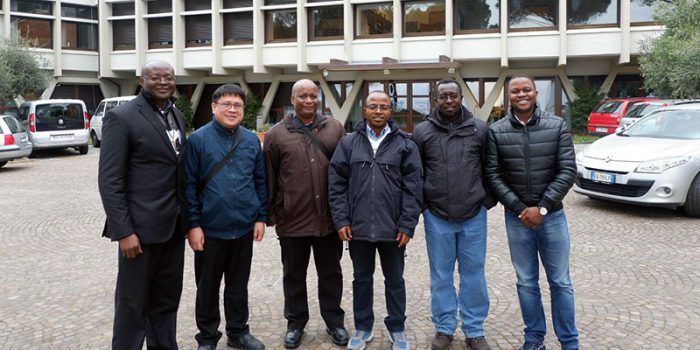 The 36th General Chapter made a clear decision, chose to make intercultural sensitivity, conversion and living a priority for the Congregation. Intercultural living among us as Oblates is meant to be a prophetic witness to a world which has a greater mix of people and cultures than ever before.

As part of its commitment to promote and foster genuine intercultural living, the General administration sent 7 delegates to an “International Interculturality Workshop” organized by the Society of the Divine Word missionaries (SVD). The workshop was held at the famous Centro Ad Gentes outside the city of Rome, in a small town called Nemi from the 23rd to 31st of January 2018.The workshop was attended by a total of 53 participants from different male and female communities, many of whom have responsibilities of leadership in their congregations, orders, societies. The Oblate delegates, all involved in formation ministry were: Fr Callistus KHATHALI – Rome: Fr Ross KAPUNAN – Philippines; Fr Józef WCISŁO – Poland; Fr Christopher CHUKWU – Cameroun; Fr Jean-Pierre FETSHI – Democratic Republic of Congo; Fr Francis KABIKA – Mexico; Bro. Nhlanhla John MHLANGA – South Africa. 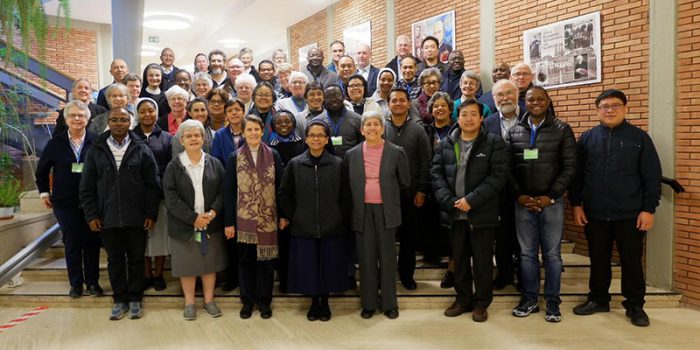 One of the most important exercises in the workshop was the telling of personal stories. Participants had a number of occasions where they had to share their life experiences at various stages of their lives, to explore their intercultural experiences sincerely and openly. This promoted honest introspection and undoubtedly sowed the seeds for intercultural conversion in many. The Oblate participants in our evaluation agreed that the ability to share one’s life story, experiences, and intercultural journey should be encouraged in Oblate communities; indeed, space should be created for such sharing. Embracing genuine intercultural living will depend a lot on the ability of each one to critically look at their cultural and intercultural experiences. It is right to hope that as a Congregation we continue to commit to this reality of intercultural living, and commit to crossing boundaries, challenging stereotypes, breaking barriers, bridging the divide and building genuine intercultural communities.

In the words of Anthony Gittins who was one of the presenters of the workshop, “If we can commit to intercultural living, and move beyond living together separately, then we are at the dawn of a revolution in religious life.”