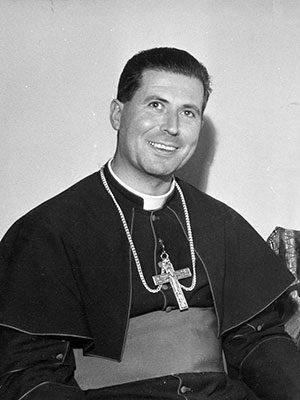 Luang Prabang (Agenzia Fides) – The small Laotian Church participates spiritually, with great affection and gratitude, at the memorial of Mgr. Lionello Berti, missionary of the Oblates of Mary Immaculate (OMI) who died in Laos on 24 February, 50 years ago. To Fides, Fr. Angelo PELIS missionary for many years in the small Southeast Asian country recalls, “half a century after the tragic death of Mgr. Berti, the first Bishop of North Laos, we will participate with deep feeling at the Eucharist commemorating him in Reggello (Florence, Italy), on February 24, with other witnesses of the drama still engraved in the soul”. Reggello is located in the diocese of Fiesole, Mgr. Berti’s birthplace.

As a priest, after joining the Oblates of Mary Immaculate in 1957, Berti accepted his assignment in northern Laos. Laos, a former French colony, independent since 1955, then had just over three million inhabitants, belonging to a mosaic of ethnic groups very distant from each other: language, customs and traditions.

The Oblates of Mary Immaculate were present in the north of the country, in an area with an 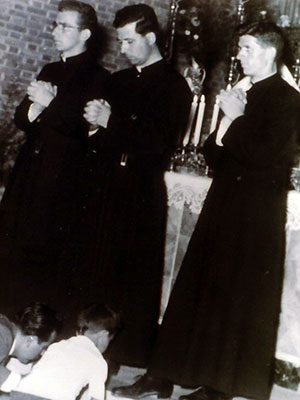 animist and Buddhist population, since 1935, and the arrival of the six young Italian priests gave new impetus to the missionary work. In 1963 the Vicariate of Luang-Prabang was created, of which Mgr. Berti would be the first Bishop. The conditions of life for the population, in this poor country which lacks means of communication, were complicated by guerrilla actions that the opposing factions, among them the Pathet-Lao communists, engaged in to obtain independence.

In this context it was easy to identify the Catholic religion as “the religion of the colonialists” and the missionaries paid the price. In fact, in a total of 17 priests and catechists, who in those years sacrificed their lives and engaged in pastoral service, were beatified on December 11, 2016, in Vientiane. Moreover, the first missionaries had arrived together with the French colonizers who had seen in the propagation of the Christian faith a possible vehicle for extending their political influence on the population.

In 1962, at the age of only 37, Fr. Lionello Berti was consecrated bishop and appointed vicar of Luang-Prabang. When the Luang-Prabang area was entrusted to Mgr. Berti, it had 80 Catholics and in 1968, a year of his death, there were a thousand: in his five years of pastoral ministry, despite the poverty of funds and personnel, the mission extended to the borders of Thailand, Burma and China. Bertì began construction work on the cathedral, the seminary and the schools. He entrusted the care of the sick and partly the formation of the catechists to the Sisters of Charity. He founded the congregation of the “Auxiliaries of Mary Mother of the Church” for the human and Christian formation of women, a secular order that continues its work even today. 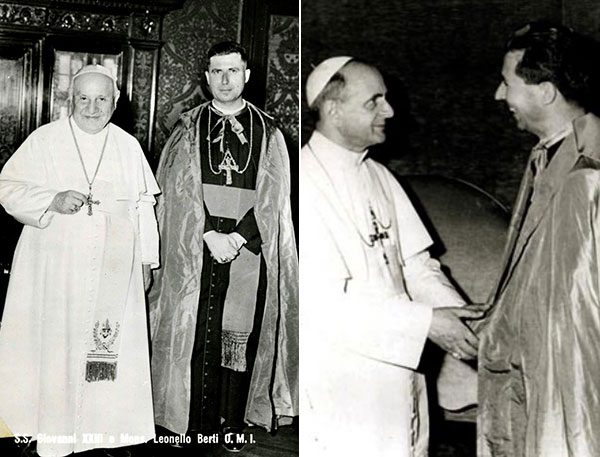 On February 24, 1968, a small group of Hmong families prepared to leave for the area of Sayaboury, where they sought refuge from the guerrillas that raged in the mountains. Mgr. Berti decided, with paternal devotion, to accompany them.

Inexplicably, just a few minutes from destination, the plane on which they traveled crashed in the Mekong. The remains of the bodies of 13 people (out of the total 35) were torn apart by the animals in the river. Eleven days after the disaster, the body of the young Bishop emerged from the river, miraculously intact.

At the funeral of Bishop Berti

During the 1975 revolution, foreign missionaries were expelled, their properties seized and used for civilian use, the chapel was transformed into a warehouse and there were no traces of Mgr. Berti’s tomb for thirty years. Subsequently, thanks to a patient work of mediation with the Laotian local authorities, the tomb was traced and repaired with dignity. (PA) (Agenzia Fides, 23/2/2018)