U.S. Oblate Fr. David Ulrich, who has been serving in Hong Kong for several years is at the center-right-rear of the photo, (white hair and glasses.)

I am Paul Vladimyr EUSTACHE, born on September 02, 1986, in Haiti. I am the eldest of two brothers and two sisters. My 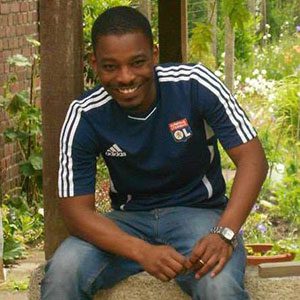 journey with the Oblates of Mary Immaculate began in 2002. I made first vows in the Congregation in September 2007 and perpetual vows in February 2014. On February 28, 2015, I was ordained a priest by His Excellency, Most Rev. Quesnel Alphonse, Bishop of the Diocese of Fort Liberté (Haiti). After almost three years as assistant parish priest ministering in Haiti, I arrived in Hong Kong for an ad extra missionary experience. In a few words, I will tell you why I come to Hong Kong.

In fact, I must tell you that before coming to Hong Kong, I never thought about it, not even a second: “To be a missionary in Asia, especially in China”. Generally, the Haitian Oblates go on mission in America (United States, Canada, Colombia, French Guyana, Paraguay, Venezuela and Cuba).

In January 2016, I spoke with my provincial, telling him that after the experience I did in France (2010-2013), I would like to do an international experience again. I studied theology at the Catholic University of Lyon (France). In Lyon, we were from four different nationalities: Haitian, Vietnamese, Cameroonian, French. We were only seven Oblates (four young people in formation and three formators). Our experience helped us realize that cultural diversity is a great wealth that leads to true wisdom.

In July 2017, a request came to my provincial, Fr. Loudeger MAZILE for an international missionary cooperation. It came from the Oblate China Delegation. The provincial followed my request of January 2017, and informed me of that missionary call. After some reflection about it, asking for advice from my spiritual advisor and praying on it, I said YES. 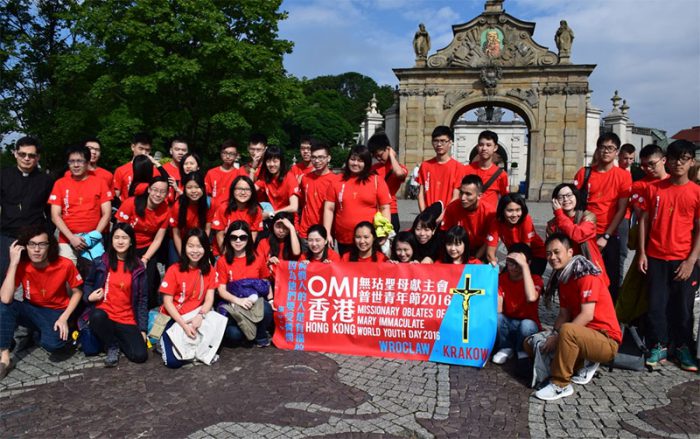 Since December 29, 2017, I am here in Hong Kong. The question I always asked myself after having given my consent and before coming to Hong Kong is this: “What am I going to do there?” I really did not know how to answer. I can simply say that I am here like Abraham in the Book of Genesis (Gen 12, 1-9). The Lord calls me to leave my country for a new mission in an unknown land. I trust Him and I will go. Like the Blessed Virgin Mary, I answer by saying: “I am the servant of the Lord; be it unto me according to your word”. And like Jesus, I confide in the Father saying: “Not my will, Lord, but yours”. My motivation is to work in the vineyard of the Lord, in the Congregation of Missionary Oblates of Mary Immaculate. I am an Oblate priest willing to work in the Church wherever the need arises.

Come and see (John 1, 39). Do not be afraid; advance in deep water (Lk 5, 4-7). These are the tips I would like to share with each new missionary. The biggest challenge is to overcome fears and to face what seems to be unknown to you. For me, it is a way of responding to the call of Pope Francis: “Church in Exit” in his encyclical Evangelii Gaudium. (China Delegation Newsletter, February 2018)