By Rick Sobey and Originally Published by The LOWELL SUN

LOWELL — The Missionary Oblates of Mary Immaculate at St. Joseph the Worker Shrine will soon commemorate the 150th anniversary of their arrival in Lowell.

The commemoration will take place at each of the Shrine’s Masses — 8 a.m., 12 p.m. and 5:30 p.m. — on April 18. The priest will be using the original chalice and patten of Father Andre-Marie Garin, which he used 150 years ago and on subsequent occasions.

On April 18, 1868, Father Andre Garin accompanied by Fr. Lucien Lagier, at the request of Bishop John Williams, began a two-week mission in the basement of St. Patrick Church.

The resulting mission eventually led to the establishment of St. Joseph Parish on Lee Street for French Canadians and Immaculate Conception Parish on East Merrimack Street for Catholics residing in Belvidere. 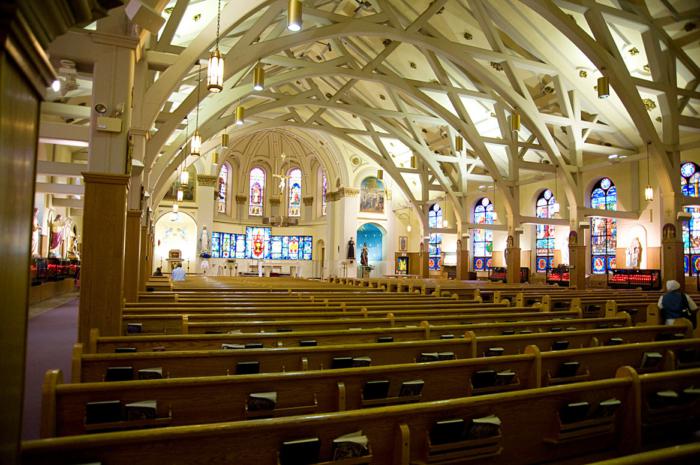