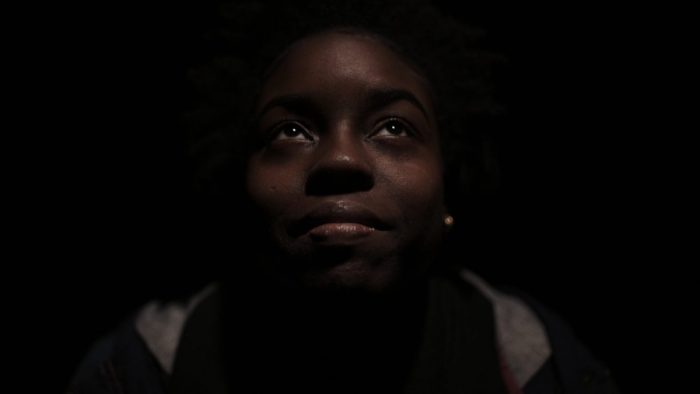 Not only that; she had become a Catholic just six months earlier after discerning a constant call from God, but she had never met any black Catholics and had not known there were any. She soon discovered that she was a pioneer in black Catholic studies.

Now, 38 years later, she has written 11 books, mostly products of her personal experience and her research since so little scholarly research had been done on black Catholicism before her time.

Dr. Hayes, professor emerita of systematic theology at Georgetown University in Washington, D.C., spoke recently at Oblate School of Theology and read excerpts from three of her books. Her appearance was part of the Sankofa Lecture Series sponsored by OST’s Sankofa Institute of African American Pastoral Leadership.

At 70, Dr. Hayes is no longer able to travel across the country and do the research necessary to bring out the fuller history of black Catholicism that still needs to be told. She emphasized that many younger scholars are needed to research and write about black Catholic history, theology and spirituality.

The professor pointed out that many volumes of records pertaining to black Catholic history are virtually untouched by scholars – including the voluminous Amistad Archives and records at Tulane University of interviews of living former slaves conducted by the Work Projects Administration during the 1930s. “These  should be researched and written about because we don’t know our history,” she said.

Much scholarly work could and should be done about enculturation of African and African American traditions, music, song and dance into Catholic liturgy. “It’s acceptable, it’s allowed, and we need people to do this and to share it not only in black parishes but in all parishes,” she declared.

Describing herself as a black Catholic celibate womanist theologian, Dr. Hayes explained that to be a womanist is to be black, meaning of African ancestry; to name herself Catholic is to call on 2,000 years of African and African American history, claiming the Catholic Church as having been black and African long before the existence of the European-centered ways of being “catholic with a small c”; and claiming herself as a woman equal in grace and beauty to those of European ancestry.

“I am concerned and committed to the survival of an entire people, male and female, rich and poor, gay and lesbian and straight, physically and mentally challenged, and of every race and ethnicity,” she declared. “I believe that my rights as an African American and as a black woman are guaranteed only when the rights of all are guaranteed; that my liberty is restricted when the liberty of another is restricted; that my human dignity and my creation by God is denied when that of others is trampled into the dirt for any reason.”

Finally, she added, “I believe that no one can be free until all are free.” She said she made these claims in the face of centuries of denial of black womanhood, femininity, faith and race in the United States and in the Christian churches.

Dr. Hayes also asserted that both bishops and lay men and women should become involved in meaningful conversations about racism and the Church’s role in it. She cited a decree by Pope Nicholas V allowing the Spaniards and Portuguese to enslave non-Christians; she also noted that after many non-Christians had been baptized, many remained enslaved.

The U.S. Catholic bishops have sponsored pastoral letters on racism, and she cited two by Bishop Edward Braxton of Belleville, Ill.; however, the professor noted that unless laity participate in dialogues , the situation cannot be addressed properly. “Wouldn’t it be much better if we could hold dialogues, colloquies and plenaries in every diocese to talk about this issue and not just have top-down documents from the bishops? We need grass-roots documents coming out, too,” she declared.

The Sankofa Institute for African American Pastoral Leadership is an interdisciplinary, multidimensional academic, formation and professional leadership process for developing and supporting pastoral/church leaders committed to ministry and proclamation. All Institute programs foster an understanding and appreciation of African Americans’ contributions to Christian faith, life, and witness in North America and the world.