(Editor’s Note: Mr. Oberst is one of the Founders of Buffalo Mass Mob) 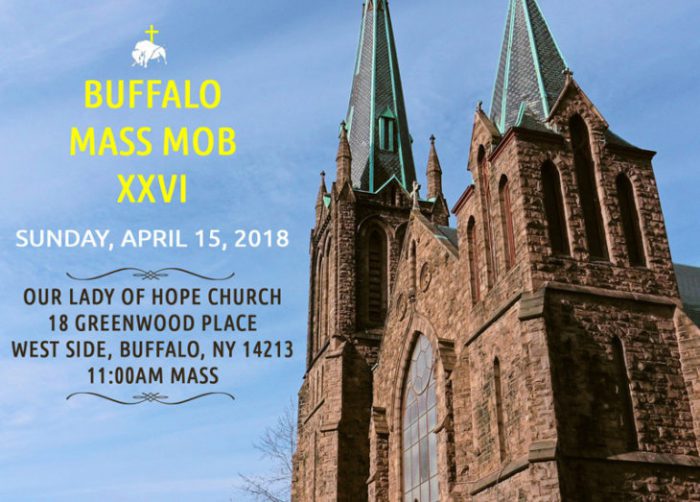 Look up from your laptop screen at Sweet_ness 7 Café and peer out the window at that huge Gothic Revival church. Our Lady of Hope, originally Annunciation Church, is the site of this Sunday’s Buffalo Mass Mob XXVI.

The church provides a dramatic backdrop for the destination intersection, where many live and many more visit Sweet_ness 7 Café, Guercio’s, and festivals such as Peace, Love, and Grant Street. With its 170-foot tower, it holds its own against other structures on Lafayette, a street of powerful architecture. Its red sandstone glows in the sunsets seen from Colonial Circle. Built to be the church for the upper west side, it’s visible from all parts of it. 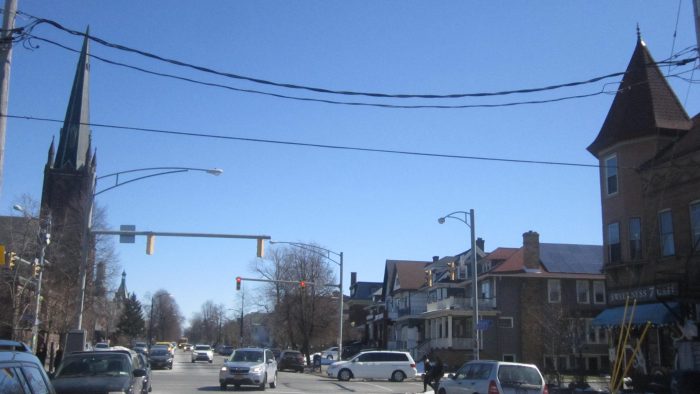 But despite that ubiquity, you may never have been inside this stunning church. This Sunday’s Mass Mob provides a welcoming opportunity to do just that.

Since its inception in 2013, the Mass Mob has helped fill the pews at twenty-five churches in and around Buffalo. Often people feel blessed to see their church at or near capacity. Priests often remark that a full church is the way it ought to be, and pull out all the stops with homilies that seem almost elevated by the energy of all the souls present.

But this Mass Mob may play out somewhat differently, I expect. Thanks to hundreds of recent arrivals whom the church has a primary mission to serve, Our Lady of Hope already has a well-attended, dynamic Sunday Mass. They will show how Masses were “mobbed” long before the advent of social media. I found visiting a Mass there inspiring, and believe you will, too.