By Fr. Fabio Ciardi, OMI, Director of the General Service for Oblate Studies 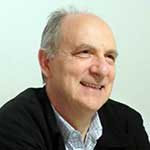 On 20 May 1861, when Father Tempier told Bishop de Mazenod that it was now time for him to prepare himself for death, the Founder’s reaction was immediate: “I want only one thing: that God’s Will be done. Pray for me the prayers of the dying. But first, give me my missionary cross and my rosary: they are my arms and I don’t want to be without them ever again.” Then he asked for the scapular of the Madonna and the blessing of the Pope.

Later on, he renewed his religious vows and expressed his joy at having founded the Congregation. “Tell them (the Oblates) that I die happy… That I die happy because the good God deigned to choose me to found the Congregation of the Oblates in the Church.” He blessed the Oblates, present and in the far-off missions, giving what we have always considered his spiritual testament: “Truly practice among yourselves charity, charity, charity … and outside, zeal for the salvation of souls.”

Then he blessed the Sisters of the Holy Family of Bordeaux: “Tell them that I have much loved them, that I do love them, that I am their Father. Tell them that I want the two families to always be united, that they form a single family. They will be happy and strong in this fraternal union.”

The next day, early in the morning, he said to a confrere who was going out to celebrate Holy Mass: “Oh! Ask (the good God) that His Will be done. I want it with my whole heart.”

At various times during the day, he repeated to those who were around him: “If I fall asleep or get worse, wake me, I beg of you. I want to die knowing I am dying!” He said the same to the doctor: “Oh! How I would like to be aware of my own dying so as to better accept the Will of God!”

In the evening, wrote Father Fabre, “We prayed the Salve Regina which our dearly beloved Father understood and followed internally. At the words ‘after this exile, show us the blessed fruit of your womb, Jesus,’ he opened his eyes a bit. At each invocation, ‘O clement, O loving,’ he moved a bit; at the third, ‘O sweet Virgin Mary,’ he breathed his last.”

Saint Eugene de Mazenod died offering his life as the perfect fulfillment of the Will of God. No one took it from him; he gave it freely, as a gift of love, to that God who had given it to him.

He died happy. He died as he had lived, fulfilling the Will of God, together with the loves of his life: his Oblate cross in his hand; his prayer to Mary; the Pope’s blessing; carrying in his heart and blessing the Oblates and the Oblate family, represented by the Sisters of the Holy Family. He died surrounded by sons and daughters, like a father.

Today the company of sons and daughters of St. Eugene is as numerous as ever, scattered throughout the whole earth. To live fully our own great vocation — the will of God! — this group of sons and daughters is called to gather again around the father, to make his “loves” their own, to fulfil the testament he has left. It is the very testament of Jesus; he could not have given us a different one: “Love one another as I have loved you … As the Father has sent me, so I send you” (John 13, 34-35; 20, 20 ).

It is a mandate given to the whole Oblate family: at that time to the Oblates and the Sisters of the Holy Family present around his bed; today to all the Oblates scattered throughout the world, to lay people who share the charism, to institutes of consecrated life born of the Oblate charism and who with the Oblates share the mission.

A large family, once again united around their father, Saint Eugene de Mazenod. A family united by the same charity and by the same passion for the proclamation of the Gospel.