Story and Photos by Mike Viola

“I am more than a priest, I am an Oblate priest!”

On May 18, 2018 Fr. Victor Manuel Patricio Silva, O.M.I. was ordained to the priesthood.  It was the conclusion of a long and winding road to the ordination of the newest Missionary Oblate. 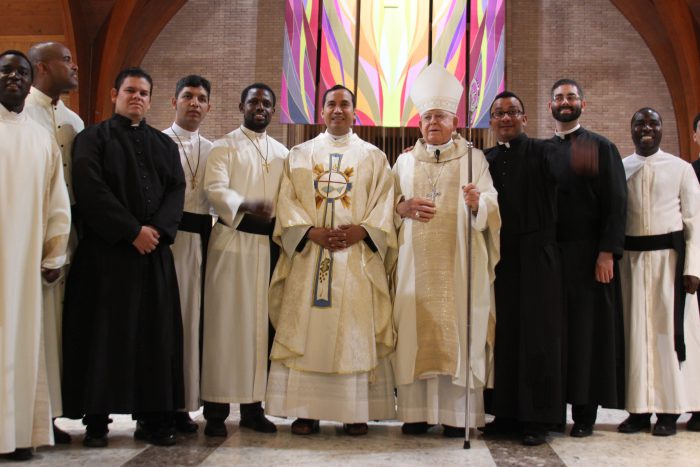 On May 18, 2018 Fr. Victor Manuel Patricio Silva, O.M.I. was ordained to the priesthood.  It was the conclusion of a long and winding road to the ordination of the newest Missionary Oblate.

“I had a few struggles, but when you love something those circumstances take second place,” said Fr. Victor.  “Love is the key.  I know it is God who first loved me.  I am only responding to this infinite love of God.” 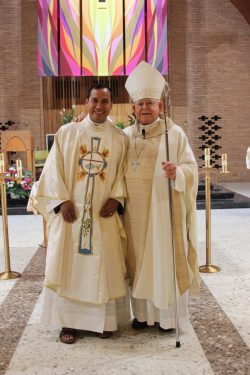 Born in Acapulco, Mexico Fr. Victor grew up in a Catholic family of ten children.  Although he attended Mass and did his sacraments, he had no real interest in priestly life as a child.  But that changed at age 15 when he participated in a three-day retreat where he had his first personal encounter with Jesus.

Father Victor looked for a Catholic youth group to join but he didn’t find anything that met his needs.  So he started his own youth group.  One of the teens in his group was considering religious life so Fr. Victor accompanied him to an Oblate vocation retreat.  God used that retreat to nudge Fr. Victor towards the priesthood, thus beginning his Oblate journey.

Father Victor attended a “Come and See” with the Oblates in Mexico City and then joined the pre-novitiate program in Tijuana, which is a ministry of the Oblates’ United States Province.  He then continued his formation in the United States.  When he arrived at the novitiate in Godfrey, Illinois he knew only a handful of  English words.

After studies at Oblate School of Theology (OST) in San Antonio, Texas Fr. Victor was ordained to the priesthood on May 18 at the OST chapel.  His brother Oblate, Bp. Michael Pfeifer, O.M.I. presided at the ordination. 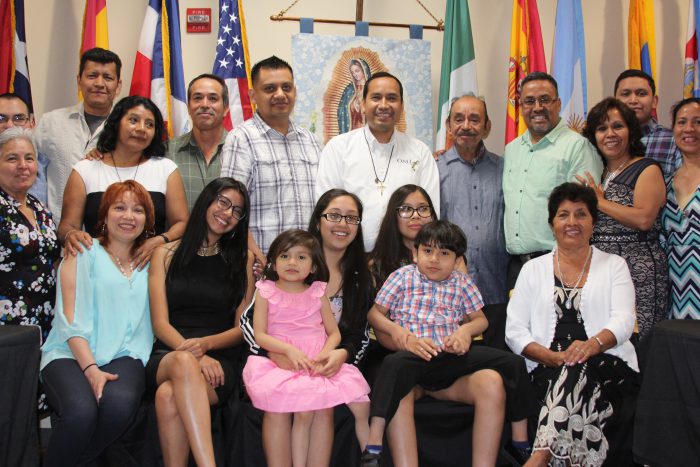 Fr. Victor with a gathering of his family.

Nearly a dozen family members from Mexico came to the ordination including his father, Hermelindo.  His mother, Leonor, was present in spirit.  Leonor passed away in 1997 during an asthma attack.  A family member held pictures of Leonor in the first pew to watch over the ordination of her son.

Father Victor’s first assignment will be at Santa Rosa Parish in San Fernando, California.  Santa Rosa is one of the largest Oblate parishes in the United States with a church that holds about 1,000 people.  There are ten Masses on the weekend. 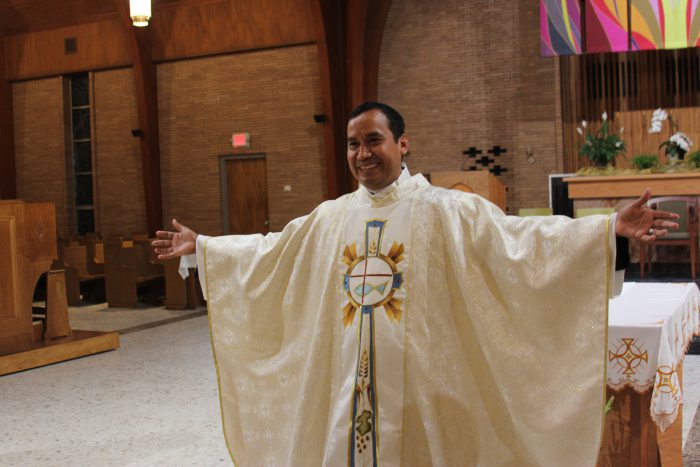 “Not just a priest, an Oblate Priest!

Shortly after his ordination, Fr. Victor proudly proclaimed that he is not just a priest, but an Oblate priest.  He takes great pride in being part of a congregation that concentrates on helping people in need who are struggling, just like he did as a young person in Mexico.

“The world needs people who serve the poor.  Through the poor I will encounter Jesus,” said Fr. Victor.  “I ask for your prayers so that I may be a priest who lives and transmits the hope and joy of the Gospel.  God bless!”