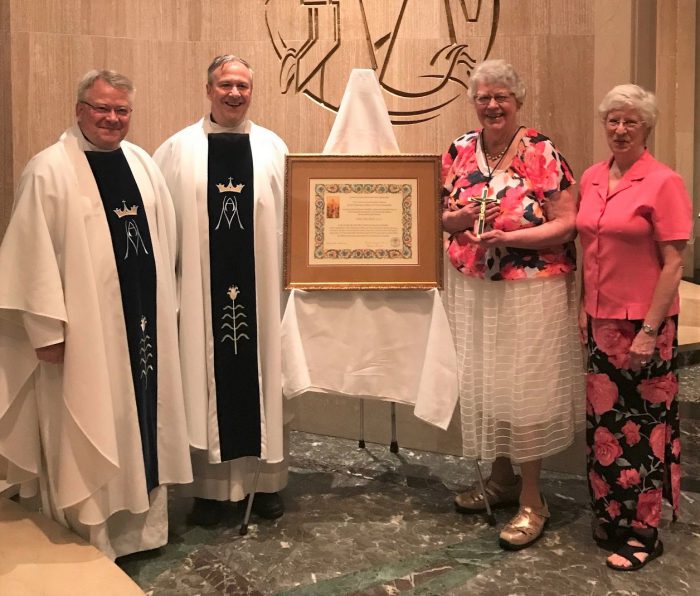 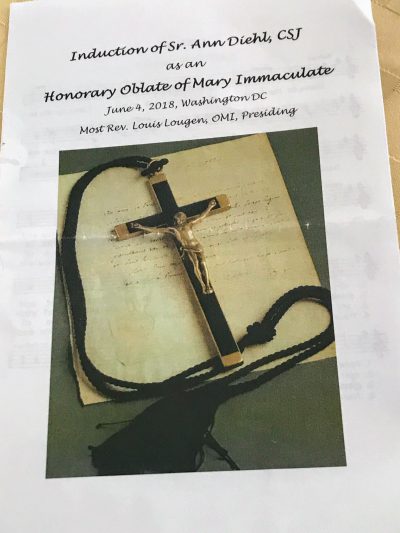 Sr. Ann Diehl, CSJ, current Provincial Archivist and former long-time Provincial Secretary became an Honorary Oblate of Mary Immaculate in a special ceremony held in the Oblate Chapel at the National Basilica of the Immaculate Conception in Washington, DC on Monday June 4, 2018.

On occasion, the Congregation discerns such dedicated service to the Congregation and its mission in the Church as to name a person an Honorary Oblate.  The life of that person is seen to give evidence of personal identification with the ideals and goals of the Congregation. Sr. Ann is the latest individual to receive that honor.

Sr. Ann’s ceremony had the distinction of being celebrated by the Superior General, Most Rev. Louis Lougen, OMI, as well as the U.S. Provincial, Very Rev. Louis Studer, OMI. In addition, it was witnessed by the Provincial Council and the staff of the Provincial Office.

Sr. Ann has worked with the Oblates since 1993 when she became the Archivist for the old U.S. Central Province.  Beginning in 1999 she moved to Washington, DC to become Provincial Secretary, a post she held from Feb. 1999 to September 2013, then again from June 2015-July, 2016. During those years she served under three Provincials: Fathers David Kalert, Louis Lougen and Bill Antone.

After the Mass, a celebratory luncheon was served at the Provincial House. Sr. Ann thoroughly enjoyed her big day saying, “It was a very nice ceremony, with the Superior General, all the provincial council, and all the office staff present, and it was followed by a delicious luncheon prepared by the cooks at the Oblate residence.” 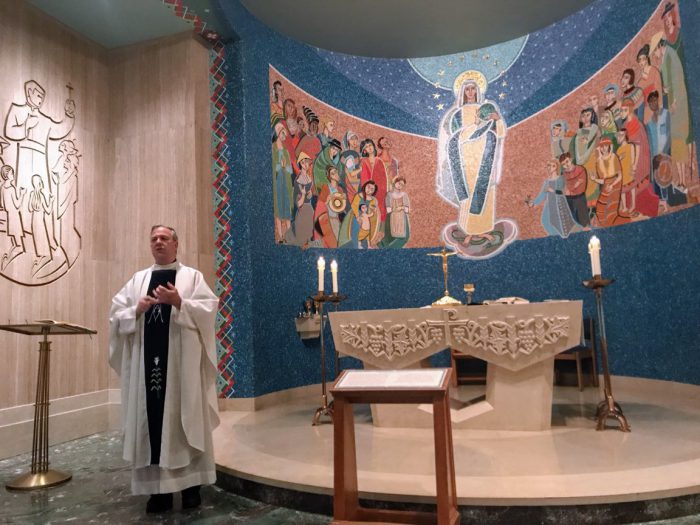 Superior General Lougen presided at the celebratory Mass in the Oblate Chapel at the Basilica. 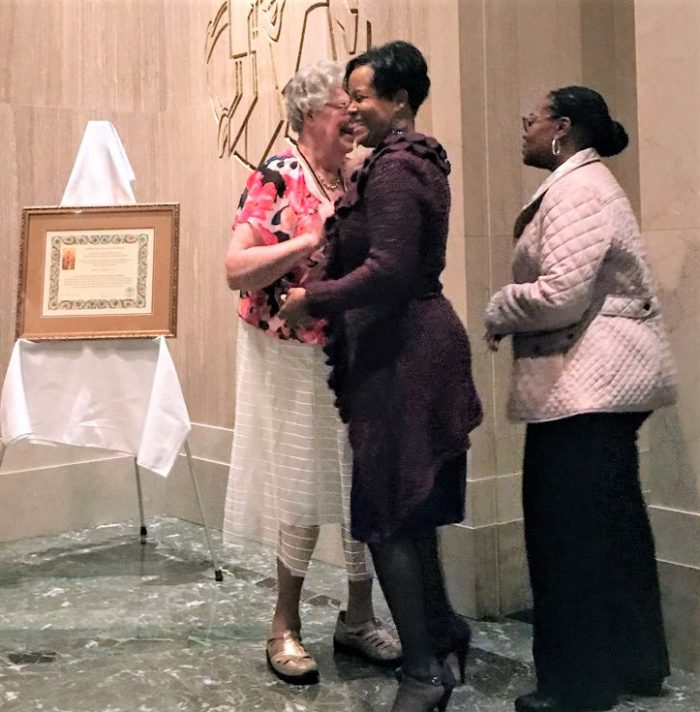 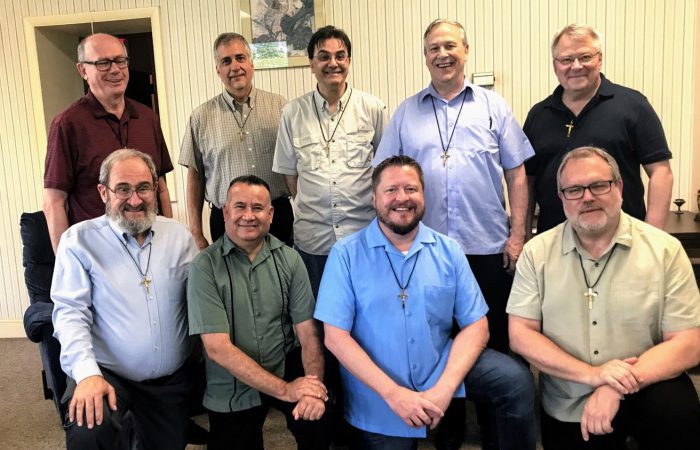 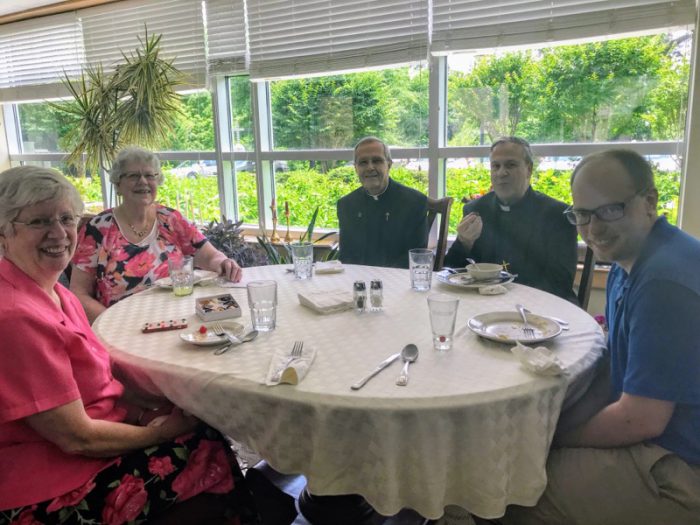