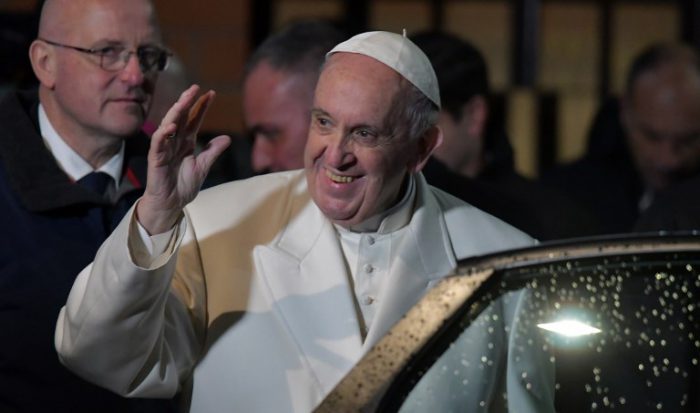 Seventy years ago, the World Council of Churches (WCC), composed of many Protestant and a few Eastern Orthodox Churches, met for the first time.  Pope Pius XII forbade Roman Catholics to attend.  This June 21, Pope Francis is flying to Geneva to help the WCC celebrate its anniversary.  Why the change?

I hope to provide a partial answer by presenting two Oblate connections, one to the original meeting, the other to the current site.

Although no Catholics attended as Catholics, one Jesuit priest attended as a journalist.  Father Johannes Witte, SJ, and his superiors, felt that the missionary dimension of this meeting was too important to miss.  Fr. Witte taught courses in Missionary Ecumenism and Protestant Theology at the Gregorian University in the 1960’s.  I was among the Oblate scholastics (seminarians) who studied under him and heard him tell about his participation in the original meeting. 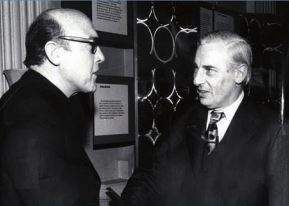 During the Oblate General Chapter of 1972, I accompanied the Oblate in charge of our Mission Secretariate, Bill Cagney, OMI, to visit Fr. Witte in his room at the Gregorian University and ask him for encouragement for the chapter’s work.  Fr. Witte’s insights helped produce the ecumenism section of the chapter’s document Missionary Outlook:

We will habitually examine what other Christians are doing in our area before initiating new projects or programs; we will do everything with them which faith does not oblige us to do separately.  To accomplish this more effectively we will make ourselves aware of the characteristics of these Churches, their particular problems and ways of thinking.  In this way we will attempt to heal old divisions and present a unified witness to the non-Christian world (16e).

As we were leaving his room, Fr. Witte put his finger on his lips and asked us to be silent, since one of the great Jesuit theologians, Fr. Sebastian Tromp, SJ, who had helped Pope Pius XII write the encyclical Mystici Corporis, was dying in the next room. I  found it interesting that this encyclical dealt positively with non-Catholic Christians relationship to the Church. 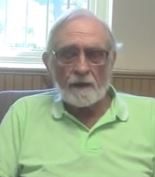 The second connection concerns the remarkable Ecumenical Institute at Bossey, near Geneva, where Pope Francis will have lunch with Christian leaders. Beginning in the summer of 1964, scholastics from the Oblate International Scholasticate in Rome participated in the Summer Course for Theological Students held there. The first year, I was accompanied by our newly ordained missiologist, Bill Reinhard, OMI.  In the following summers, scholastics Roger Schwietz, OMI (later Archbishop Schwietz) and Dan Corijn, OMI, (later Oblate vicar general for Very Rev. Marcello Zago, OMI) attended.

Historian Kevin Starr wrote in 2016:  “Ecumenism and interfaith efforts require not an abandonment of doctrine, but the abandonment of the desire to impose that doctrine on others” (p. xii, of his massive and highly praised Continental Ambitions, Roman Catholics in North America, The Colonial Experience).

A Presbyterian scholar, James Hastings Nichols,  who attended the first session of Vatican II, 1962, has warned us: Even the best of liturgical scholarship, pastoral concern, theological power may not suffice today.  All the resources of Protestantism and Roman Catholicism together will be strained to interpret and convey Biblical realities to the modern masses, dominated by the mentality of a technological industrialized age (Corporate Worship in the Reformed Tradition, p.169).

Pope Francis will almost certainly explain the change from no official participation in the founding of the World Council of Churches seventy years ago, to his participation in its anniversary, as a reform of the Roman Catholic Church.  A reform demanded by the scandal of our divisions as Christians, and our need to work together as brothers and sisters in Evangelization.

Let us pray fervently for his safety and inspiration as he travels to Geneva.  (For more on developments in Mission, Unity and Dialogue, see the website of that name maintained by the OMI USA Province: www.harrywinter.org).