EDITOR’S NOTE: The tiny Caribbean nation of Haiti erupted in violence over the past weekend as the populace protested against a proposed hike in fuel prices. Though the government has cancelled the price hike, demonstrations continue, especially in Port-au-Prince, the nation’s capitol.  The following email was sent by long-time Haitian missionary, Fr. John Henault, OMI to Bro. Richard Cote’ OMI on July 9, 2018.  It provides a first-hand snapshot of the dangerous situation in the hemisphere’s poorest country. 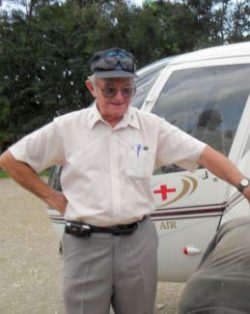 My vacation has been CANCELLED.  All HELL has broken out in Haiti.  Big car dealerships, big markets, big beer/soda companies have been looted and burned. The international airport in Port au Prince has been closed down for 2 days now. All flights cancelled. 142 Americans were in the Oasis Hotel. Heard they were brought out before the hotel was torched. I presume they could be in the American Embassy.

I went to town yesterday morning to get my jugs of drinking water. I turned around and headed back home. The intersection I went through 15 minutes earlier was blocked by big rocks. I saw an opening they hadn’t closed yet so I hit the gas. As I was going through the gangs threw a bottle at my car that smashed but didn’t hurt anyone except my car. All this started because of a gas hike. Last night the president withdrew the order but it has now become a political issue and the opposition is trying to overthrow the government.   Personally, it is so bad that I see a possible US intervention and occupation. So needless to say my vacation, I was to have left here tomorrow and fly Jet Blue Wednesday for Boston, has been cancelled.

This situation resembles 1986 when they sent Jean Claude Duvalier into exile and the MARINES moved in to occupy the country. I had 2 medical appointments scheduled the 2nd and 3rd day after I got home. Scuttlebutt says tomorrow and Tuesday are going to be worse than anyone can imagine. The gangs have warned the police to stay in their police stations if they know what is good for them. Even these last 2 days the police were not to be seen. In fact one of their more sophisticated mobile vehicles has been torched by these gangs. Some of them are better armed than the police.

So as you can see there goes my vacation.  So give my best to all the confreres back there. And chances are I won’t be able to attend any of your cookouts.  Keep us in your prayers.

UPDATE: This second email was sent by Fr. Henault on July 10:

Here today there was only one place that was manifesting and it was the students at the law university here in Gonaives. They were throwing rocks at ALL traffic trying to pass in front of the university which is right next to the main road that is also the road to go to cap Haitian. And of course the taxi and truck and bus drivers were throwing rocks back at the students.  Elsewhere all over town it was business as usual.   The airport was open with regular flights coming in but there was some mayhem there because in addition to the regular booked passengers for flights today, you had all the people whose flights have been cancelled for 2 days.   Today and tomorrow big demonstrations were announced to topple the president. They were announced to begin at 10 AM, but so far nothing in the news. Also I don’t know if there were still any roadblocks between here and Port-au-Prince.

Have been in touch with Fred (Fr. Fred Charpentier, OMI) who said Sunday they were able to move around freely all over Les Cayes. But he didn’t know the condition of the road between Les Cayes and Port-au-Prince. As far as I know all other Oblates remained safely at their posts. On National Television they have been showing the president going around last night to all the major police stations to encourage the police to get out there and put order in society, and to arrest all those who are looting and burning. (Easier said than done), since many of these gangs are better armed than the police.

I know you are keeping us in your prayers. Hope to have better news in the days to come. In the meantime also watching tropical storm Beryl headed for the Northern coast of Haiti in a few days if it doesn’t change course or fall apart before it gets here. 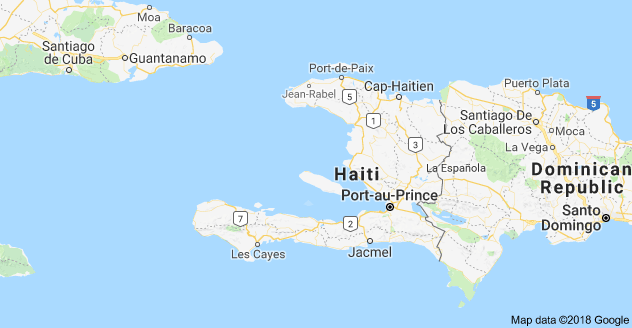