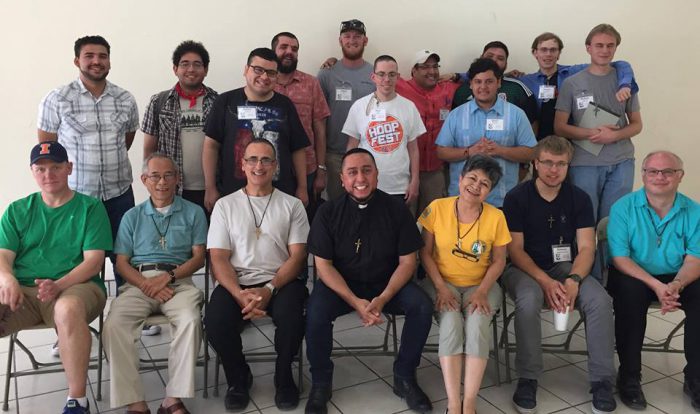 Fr. Jesse Esqueda, OMI, Superior of the Baja Mission and a Vocation Director gave the men an opening talk on discernment and the Five Pillars of Oblate Spirituality which he explained are: Jesus Christ; To the poor and most abandoned; In community; For the mission; and With the Church. 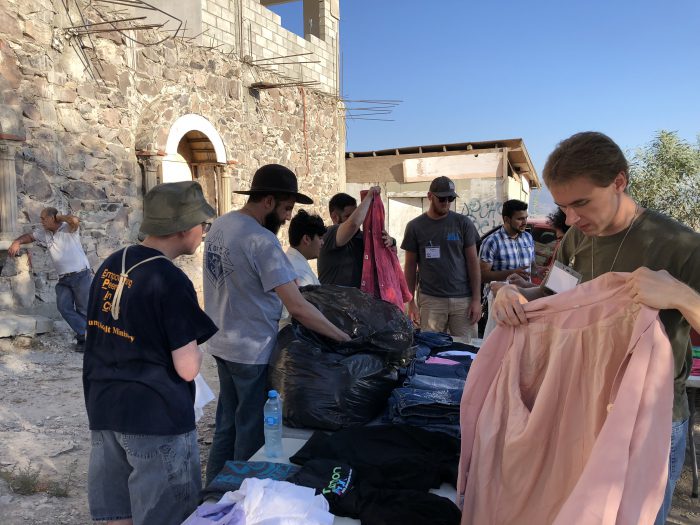 Prior to distribution, the candidates fill bags with clothes, rice and beans

On Friday they made the three-hour journey to the Oblate Mission in La Morita for their “hands-on” experience. They began at a new Oblate parish under construction, Nuestra Señora de Teypeyac. Local families gathered for a distribution of clothing, rice and beans by the young men. Two piñatas, one for the boys and one for the girls added to the festive atmosphere of the experience. 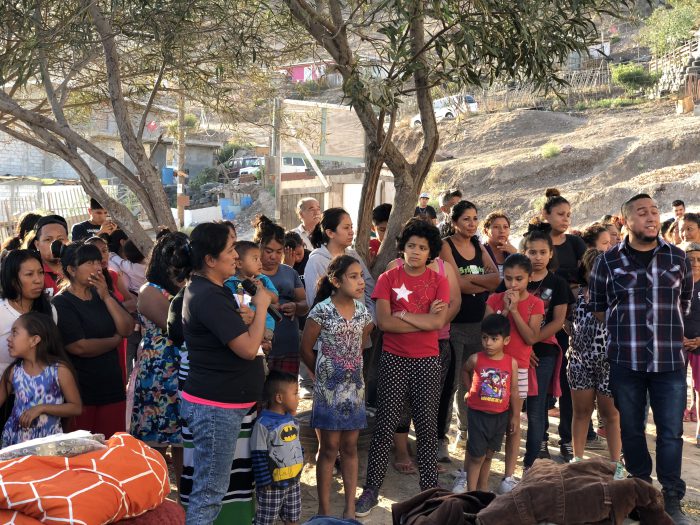 Parish families gather for the distribution, Fr. Jesse Esqueda is on the right 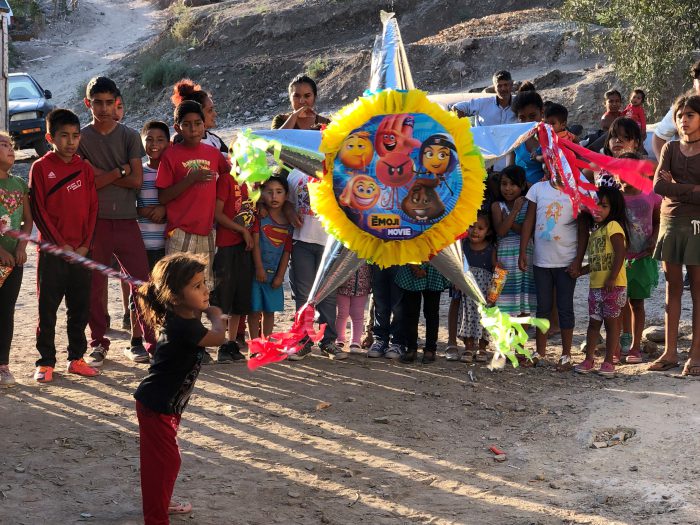 “Batter up!” This little girl is ready to punish the piñata!

After the distribution, three of the visitors went with some of the families to their homes, which consist of the poorest of shacks made from available materials in the areas where the migrants shelter while they look for some kind of work. The young men were assigned the task of ascertaining the sacramental and economic needs of the people. According to Fr. Richard Hall, the home visits made quite an impact: “They saw the conditions the people lived in, for some of the guys it was the first time they had really experienced extreme poverty. When they saw that, it put a lot of things in perspective in their own lives.” 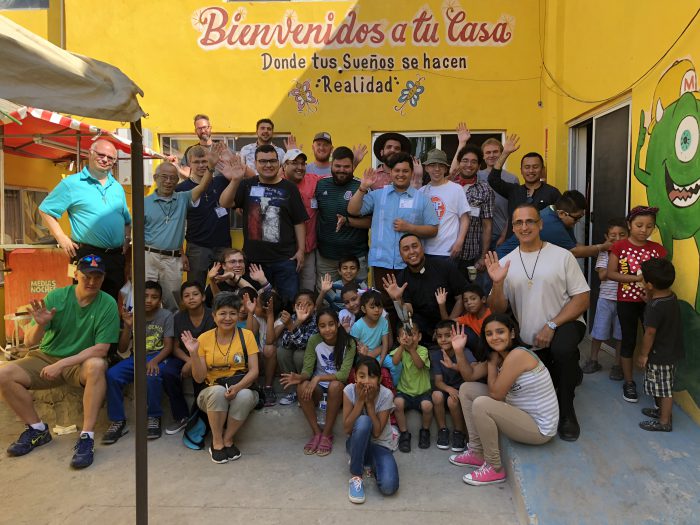 Oblates, and candidates bring some joy to the orphanage

In addition to the food distribution, the men also visited a local orphanage. Many of the children in this facility come from families that are involved in drugs and gangs. The children are as young as five and as old as high-school age.  The young men were visibly moved as they visited and played with the children.

“The young men also had a powerful experience visiting a HIV-Aids Clinic the Oblates assist with. Many of the patients have a very poor prognosis and the clinic offers them care and a sense of dignity. The patients shared their stories with the guys and it provided a powerful example of the need for missionaries in the world,” said Fr. Hall. 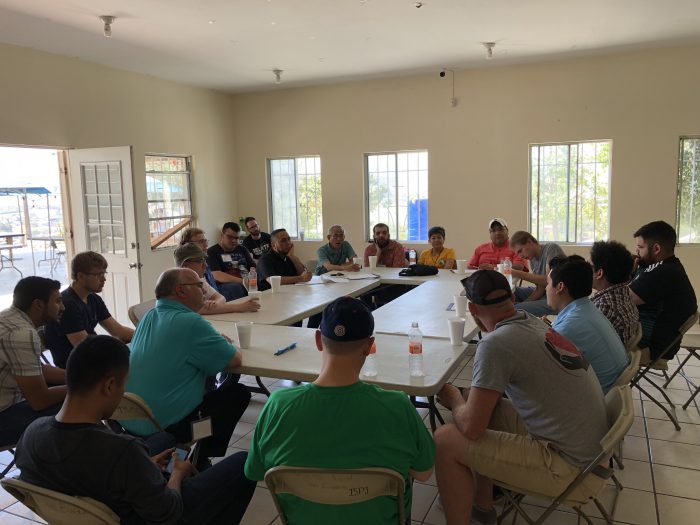 After visiting the families, orphanage and HIV-Aids Clinic, the young men shared their feelings

Saturday morning the men shared their experiences and feelings. They spoke of the families and the poverty in which the people live. According to Fr. Hall, “Even with the poverty, the candidates saw something in the people they did not expect: those who have very little seemed to be the happiest. While we think the more we have, the happier we will be, they realized it’s quite the contrary. That’s something they definitely picked up.”

Fr. Hall characterized this “Come and See” weekend as one of the most successful. “In spite of the heat and the dusty, dry conditions of La Morita, none of the men complained, they were very much involved in the experience, it was very positive. In fact, one of the men asked to stay another week, he didn’t fly home with the rest of us.” These young men took their own initiative to go to Tijuana and the impact of the experience has hopefully helped them to solidify their call and opened their eyes to what God is calling them to do with their lives.”

Apparently, Fr. Hall’s assessment is correct, Four of the candidates from the weekend will be entering the prenovitiate in Buffalo, New York in August, making up one-half of the class of eight. One more from the “Come and See” is planning to enter next year.

The next “Come and See” weekend will take place in October in Buffalo, NY.

For information on the next “Come and See” Weekend, or Missionary Life, visit Oblate Vocations.