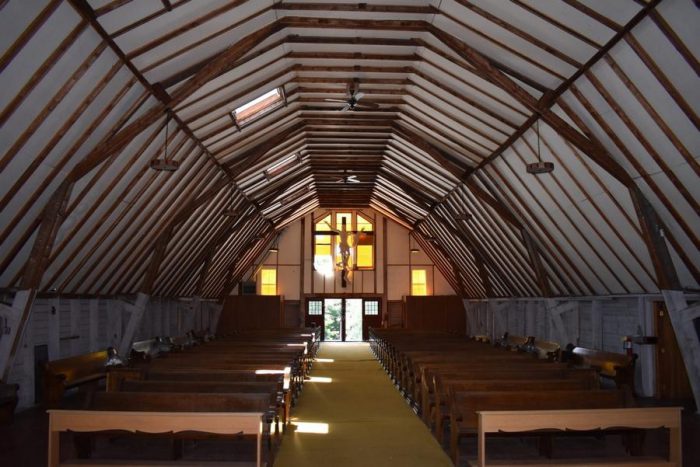 Three local groups recently purchased the Our Lady of Grace Shrine property on the west side of Route 3 in Columbia and are transforming it into a regional arts center. (JOHN KOZIOL/UNION LEADER CORRESPONDENT)

COLUMBIA — A former Catholic shrine here is being transformed into a regional venue for the performing, visual and theatrical arts, thanks to prayers and generous donors.

Earlier this month, the Colebrook-based Great North Woods Committee for the Arts (GNWCA), Connecticut River Artist Group and the Carriage Lane Players finalized with the Missionary Oblates of Mary Immaculate (OMI) the $100,000 purchase of the 8.9-acre parcel on the west side of Route 3.

A 29-acre lot across the road that was home to a statue-filled devotional garden was purchased by a separate party.

The Great North Woods Center for the Arts “is not merely a venue, but will be a campus, in effect, where we envision classes, workshops, indoor and outdoor events and more,” said GNWCA president Charlie Jordan in an e-mail.

Jordan, who is a longtime journalist, and with his wife Donna, the editor and publisher, respectively, of the Colebrook Chronicle newspaper, is basking in the possibilities and taking advance bookings for the art center.

The property is in turnkey condition and mortgage-free, the latter made possible by the generosity of Joseph and Sis Wallace Dugas.

The Dugases, who reside in Barnstable Harbor, Mass., donated the entire purchase amount for the shrine property. Sis Wallace Dugas’ family has a long history in Columbia. 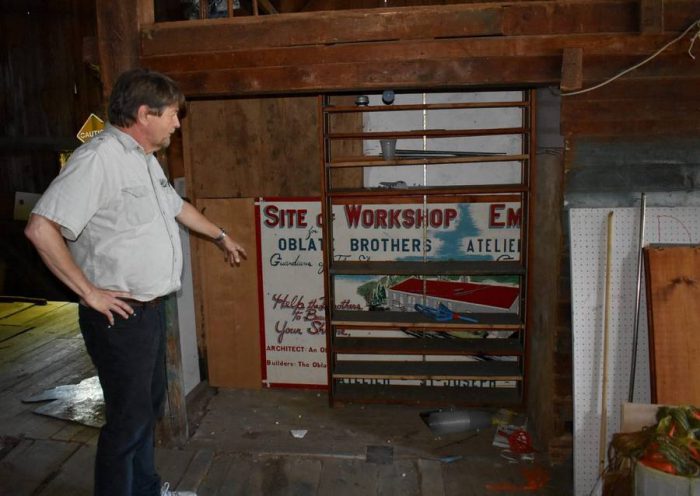 Top, Charlie Jordan, president of the Great North Woods Committee for the Arts, shows old signs in the basement of “St. Joseph’s Workshop,” one of three buildings and land that a trio of local groups recently purchased from the Missionary Oblates of Mary Immaculate, with plans to transform it into a regional arts center.

The property, according to the sales prospectus, consists of a three-story, 12-bedroom residence; a two-story workshop; and a chapel/church building with scrolled, wooden pews capable of holding 300 people, beneath which is a dining hall and kitchen.

The Jordans think that the workshop building, known as “St. Joseph’s Workshop” and including a two-bay garage; heavy-duty lifts; a former print shop; and office space, can be open and in use by the end of the year.