In response to the mandates of the 35th and 36th Chapters that each Unit generate funds locally and work towards its relative financial sustainability, a workshop took place July 23-27, at the St. Joseph Scholasticate in Cedara, Province of Southern Africa, with the purpose of preparing scholastics for this new task. 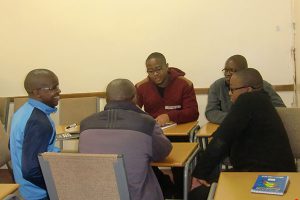 During the last two years, together with the Office of the Treasurer General, the Office of Oblate Mission Sustainability (OOMS) has been developing a program to prepare Oblate fathers and brothers to meet the financial challenge raised by the Chapters.  The workshop in Cedara was the fourth of a series that started with a pilot in the Province of Indonesia in 2016, and the second to include scholastics.

The formation program will also include other training methods, such as online courses using the new Congregation’s website.  The goal is to offer theoretical and practical background and case studies on management topics and financial sustainability, thus providing Oblates with the needed tools to fulfill the Chapters’ mandates.

The workshop in Cedara was attended by one Oblate and 21 scholastics, coming from the Provinces of Lesotho, Namibia, and South Africa, as well as the missions of Botswana, Chad, and Zimbabwe, and the Delegation of Zambia.  The instructors were, Charles RENSBURG, the Treasurer of the new Province of South Africa, and Graciela Etchart, PhD., Director of the OOMS. 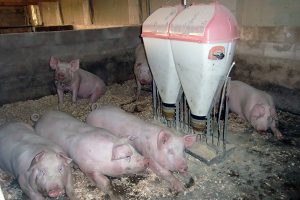 leaders, basic concepts of Sustainable Development, and Financial Sustainability. The workshop was active, with collective or in-group reflections and exercises, as well as many examples from South Africa and other Oblate Units, with particular references to experiences from the Scholasticate. The Scholasticate’s piggery was used to illustrate how to analyze the feasibility of and launch successful income-generating activities.

Additional efforts to obtain financial self-sufficiency in the Scolasticate are a kitchen garden that provides fresh vegetables to feed the faculty and seminarians, as well as the installation of solar cells to harness the energy of the bright South African sun and reduce energy costs. 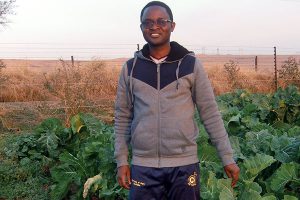 Participants received the PowerPoint presentations and exercises used during the workshop but also documents providing more detailed background about the topics developed during the workshop.  Asked to evaluate the experience, they concurred that the workshop was productive and had effectively introduced them to topics that are likely to be very useful in their future lives as Oblates in mission, the main goal of this formation.

Each workshop is different because it is offered to a different audience. Even though pre-adapted to the needs of those targeted audiences, it is appropriate to adjust them as need is perceived.  At the same time, all those adjustments are a learning experience for instructors and the OOMS.