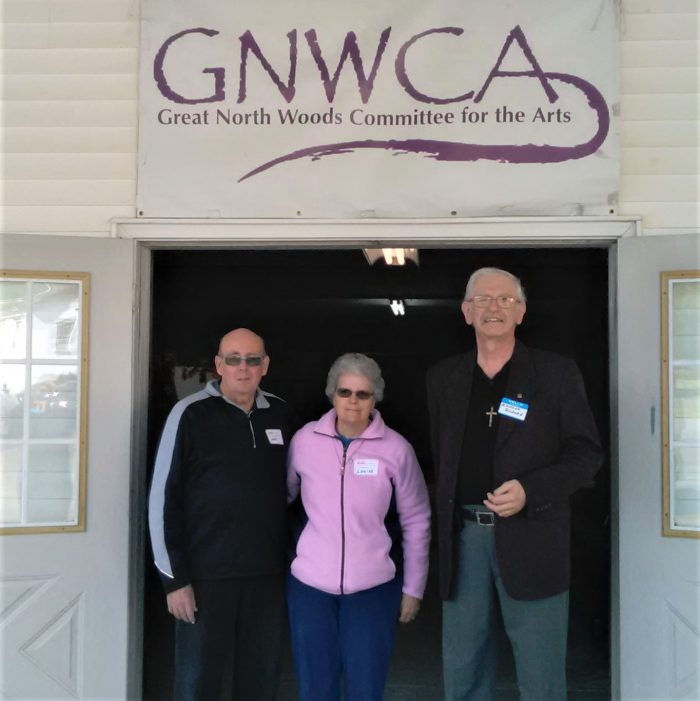 The (G.N.W.C.A.) Great North Woods Committee for the Arts held an Open House on Monday, September 24, 2018 at the site of the former Our Lady of Grace Shrine in Columbia, NH.  The Colebrook NH Oblate Associates, especially Larry and Louise Dagesse, donated many hours to the Arts Committee in helping to spruce up the former Shrine buildings.(see picture)  They, along with many volunteers from throughout Northern New Hampshire, in just one short month in a half have succeeded in creating a space where the “Carriage House Players” and the “Connecticut River Artisans Group” can meet and display their work.  The C.R.A.G. group has taken over the lower level chapel as an art gallery. 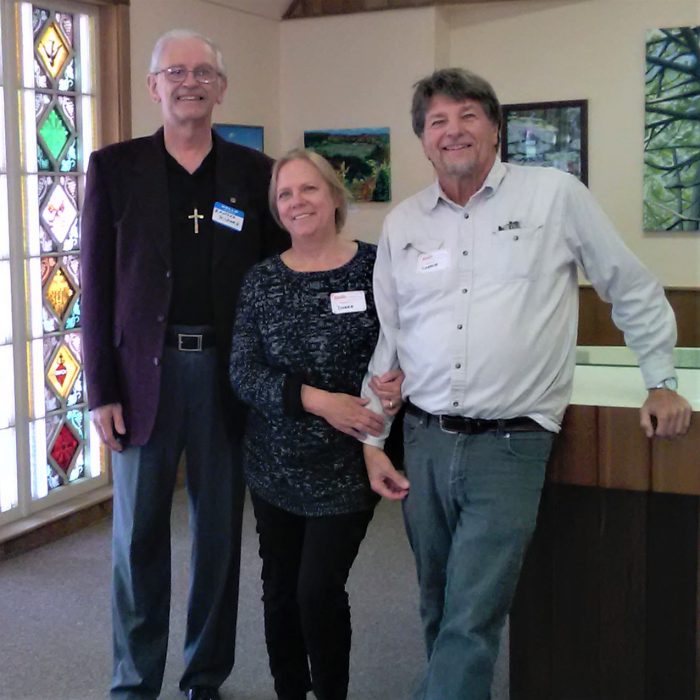 New owners of the property, Charles and Donna Jordan of the G.N.W.C.A. are pictured with Br. Richard in the new art gallery. The carpet was steam cleaned, the dingy mold-infested wall coverings removed, and new freshly painted sheetrock was installed.  The stained-glass windows on the south side of the room adds much desired natural light to the items on display. The former Gift Shop, as donations trickle in, is being transformed into the Our Lady of Grace Museum. This museum will preserve the integrity of the Shrine’s historical buildings, OMI residence, St. Joseph Workshop and Chapel/Shrine Visitors Center.  The focus of the museum is to tell the story of the “Hampshire Inn” built in the late 19th Century that was home to the former Northern Province Oblate Juniorate, Novitiate and Shrine of Our Lady of Grace from 1921 to 2014.

The barn-chapel area will eventually be renovated and will become a venue for larger musical concerts and artistic productions.  The Open House was attended by some 300 local residents including out of state visitors. Br. Richard Cote, Colebrook Associate Advisor acted as Tour Guide during the festivities which included a free concert by The Irish/Scottish Group IMAR. With the strong commitment of the G.N.W.C.A., its many dedicated volunteers, and the general public, new life is being poured into the old wine skins that was once the Shrine of Our Lady of Grace.