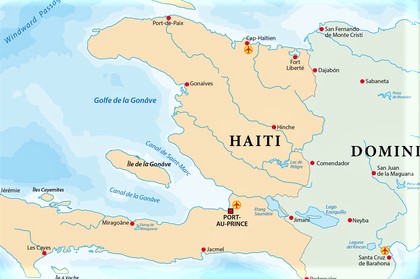 In this illustration, Port-de-Paix, the city most effected by the earthquake is seen in the upper-left. Cap-Haitien, where many Oblates work, is seen to the right.

The people of Haiti, often called, “the poorest in the Western hemisphere,” suffered another earthquake on Sunday, October 6, 2018. News reports indicated that 17 people died and over 300 were injured in the original quake and in an aftershock which jarred the northeastern part of the country. Devastating as it was, the death toll is just a fraction of the magnitude 7.1 quake in 2010 which is estimated to have killed 300,000 people.

The magnitude 5.9 earthquake was centered under the ocean about 12 miles northwest of the city of Port-de-Paix and destroyed homes there and in the nearby communities of Gros Morne and Saint-Louis de Nord. The quake was only lightly felt in the nation’s capitol, Port-au-Prince, which is about 135 miles away. Thousands still sleep outdoors fearing more aftershocks like the one which struck on Sunday.

The Missionary Oblates of Mary Immaculate, who have several ministries in Haiti were largely unaffected as their parishes and institutions are located away from the epicenter of the earthquake. A notable exception is  Bishop Pierre-Antoine Paulo, OMI, Bishop of Port-de-Paix, it is believed he was not injured in the quake. 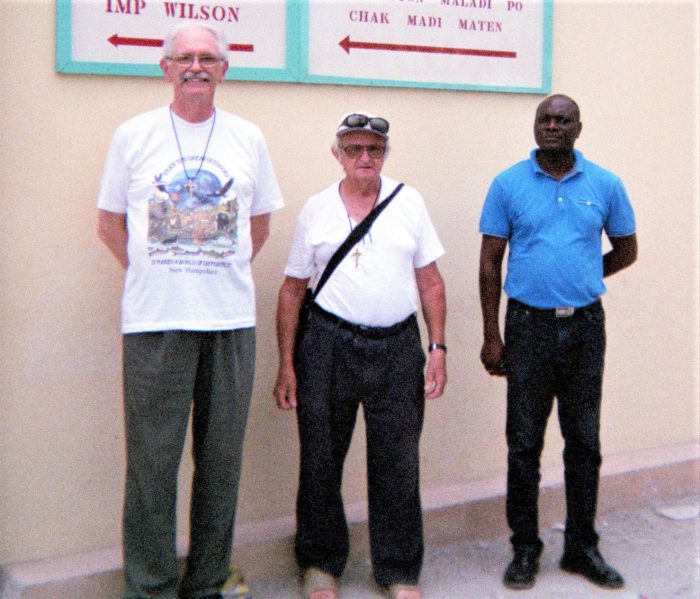 Good morning Bro. Richard and Bro Gus. Joe and Everyone Else.

I would have never believed a house could shake so much and not fall apart. Over the years the walls had a few cracks and were mostly cosmetic but now many have opened up and are going to need serious repair. The few seconds it lasted sure seemed like a long time. I had experienced the quake on Ile a Vache in 2010 but it wasn’t at this magnitude. Most people in Gonaives spent the night outdoors. Most of the injuries in Gonaives proper were caused by people trying get out of their houses because we had had rain before and it was dark. The 2 hospitals in Gonaives were jammed with patients with bruises and broken legs, arms etc. However a parish 15 miles from here had its’ roof removed. 2 hospitals , we heard, were damaged in Gros Morne 20 miles from me and in Port de Paix.

As of last evening the local radio stations were giving 11 as the number of deaths that had been reported at that time. The quake epicenter was 12 miles North West of Port de Paix at sea. It was only 7.3 miles below the surface. There was question of a possible tsunami  but it was cancelled during the night. Later I hope to go see my St. Damien’s Leper Clinic because it is the 3 bottom floors of a 3 story building. However this is a new building and was built with the new earthquake procedures required in new constructions.

Haitian Government agencies and ministries are responding very well to the needs of the people. Because of President Jovenel Moise’s  program “Caravane Du Changement”,a lot of very heavy construction equipment was already in the area and began cleaning up as of Sunday even.   However they are welcoming help from international agencies but ALL has to be coordinated with and through the Haitian Government, unlike what happened in 2010 when various NGOs  did their thing without any coordination and many times causing conflict of interest in relief work

This quake was felt in ALL our Oblate parishes in Cap Haitien, Ferrier, Ouanaminthe , Capotille, Mt Organiser and Carice. However I have no news from these areas. It was felt all the way to Port au Prince and the Dominican Republic.  The shock waves traveled South and East at the same time. After I send this I hope to get on my amateur radio station and see if they need help with communications. Haiti now has several seismic monitoring stations in place  so we now have accurate readings as to what is going on. If and when I get more confirmed updates I’ll keep you all informed. In the meantime have an enjoyable Sunday and keep us all in your prayers.