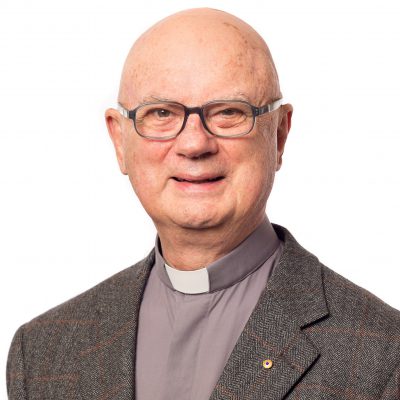 Established in 1966, the Anglican-Roman Catholic International Commission (ARCIC), has addressed topics such as Eucharist, Ordination, Ministry, Marian Issues and Church as Communion. ARCIC documents have generally been widely publicised and occasioned invaluable dialogue. The latest document from ARCIC is Walking Together on the Way: Learning to Be the Church—Local, Regional, Universal (Erfurt 2017).Perhaps it is an indication of the pressures of an aggressive secularism and contentious internal issues besetting both Communions, that this report has not been published as a book, nor has it been widely discussed.

As with all its predecessors it deserves some attention and reflection which can only enrich committed Christians in each Communion and beyond.  The very title and the joint preface indicate that this dialogue is a stage on a journey: the goal of full communion has not been jettisoned. So the image of the pilgrim people is a significant one for appreciating this statement. And, most importantly of all, these pilgrims are guided by the Holy Spirit.

The methodology of the document is fascinating: the commission decided to use ‘receptive ecumenism’ which involves discerning what might be underdeveloped in one’s own communion and how things might be better developed in the other communion. It involves something like the mutual enrichment which John Paul II often called for in his appeal for the Church to breathe with both lungs: Eastern and Western. The commission looked at the practice in each communions in its local life, then in its regional aspect and finally in its world-wide, Universal expression. The document is well situated in its historic context: the experience of Christianity in each these spheres has been developing from the beginning: contentious issues have been solved, not always easily, but always with the guidance of the Holy Spirit.  Christianity has always had to deal with tensions between the local and the wider church. These stresses have developed apace since the Reformation.

The whole discussion is well grounded in basic realities: baptism incorporates us into the Communion of Saints and this communion is nourished and revealed in the Eucharist.   Despite differences ‘both Catholics and Anglicans share a common understanding of communion ecclesiology (which) is an invisible union of the baptised with the divine Trinity and with one another, and a reality that demands visible expression served by a common life of liturgy, doctrine, and institutional structures.’ (p. 20)

As the reports progresses some sections contain the Anglican and Catholic practice in parallel columns clearly illustrating tensions and differences and also an awareness of challenges to each communion to develop further. Thus Anglicans have sought to strengthen the Universal aspect in the periodic Lambeth Conferences since 1888 and in more recent times by discussions concerning an Anglican Covenant. John Paul II asked how the papal office might better serve Christian unity and Pope Francis has been keen to see Episcopal Conferences shoulder greater responsibilities.

But the work in hand is not some readily handy political ‘fix’, The Commission succeeds in always relating discussions back to the great truths of the faith: the work of the Holy Spirit, our unity in Christ, the importance of baptism and Eucharist. In the case of the Catholic Church there are the hopeful signs of less centrality, a wider sense of dialogue and an increasing role fort the laity.

There is much here to inform and challenge the committed Catholic. If ARCIC has sunk to the bottom of the ecumenical pond, this document would reassure any reader that it is well worth dredging it to the surface again.

In an e-mail of Oct. 13, 2018, after reading our article in the Sept. 5, 2018 e-letter on ARCIC III and Paul Rust, OMI, he commented to Harry Winter that he “avidly read everything by Paul Rust years ago.”  Click here for that article, which includes the text of ARCIC III, with recommendations on how to read it.

Click here for a much longer study by Anglican  Rev. Dr. James Hawkey of Cambridge University, England, with the recommendation that pp. 2-8, 13-14, 25-31 are highlights.

Click here for a shorter study by Rev. Dr. Ormond Rush of Australian Catholic University, with the recommendation that pp. 1-5 and 10-20 are highlights, especially pp. 17-18, recalling Pope Francis’ use of the polyhedron, and the concept of “provisionality.”