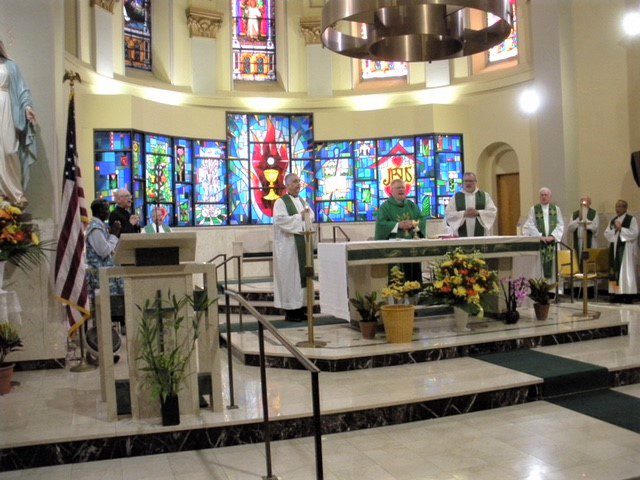 The Shrine of St. Joseph the Worker in the heart of downtown Lowell celebrated the 150th anniversary of the start of Oblate ministry in this city in 1868 with a concelebrated Mass and reception on Sunday, October 14th. 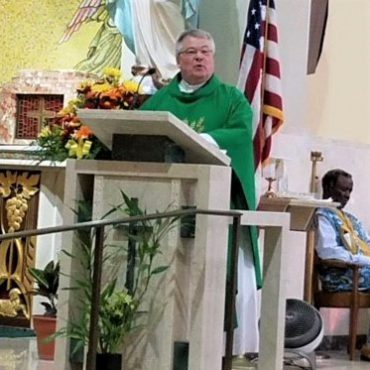 The leadership of the American Oblate Province (Frs. Louis Studer, Arthur Flores and James Brobst) presided at the noonday liturgical celebration – some 200 faithful participated in the rites along with a dozen Oblates from the local area. The service rendered in English, incorporated hymnody in French and Spanish saluting the ethnic diversity that has always characterized Oblate ministry in this city.

The prayer of all those assembled was for the many faith communities established by the Oblates in the Lowell area over the past 150 years, that the faithful so inspired might continue to be energized by the Oblate charism in their ministries and in their outreach to the marginalized; and for the Shrine of St. Joseph the Worker itself, that the blessings of its daily sacramental ministries, its educational outreaches, its work with young adults and its involvement with the exploited in our midst might continue to be that steadfast, inspirational beacon for area Catholics that it has been for the past 150 years. 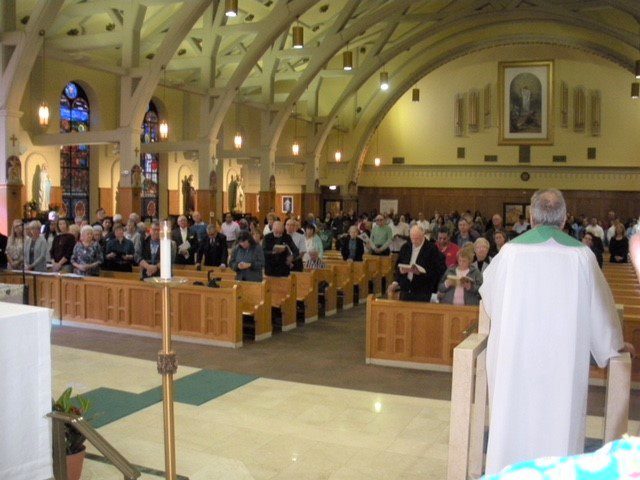 With the help of Oblate Associates and other generous folks committed to the Shrine and its works, a reception was hosted in the Shrine’s Conference Hall following the Mass – some 100 folks joined in these festivities that lasted well into the afternoon. 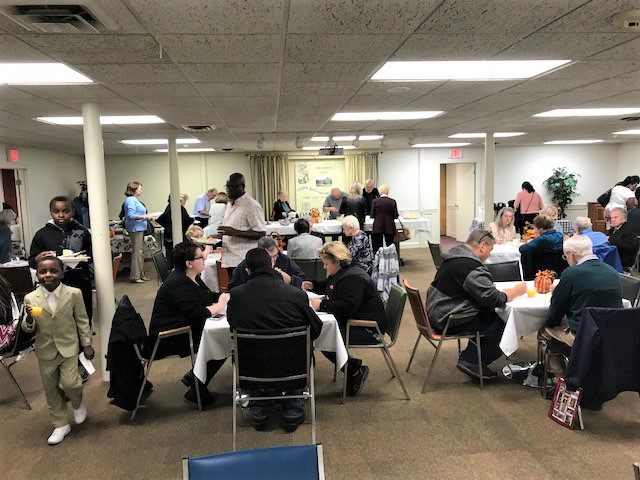 A full house at the reception following the Mass

A souvenir Program which captured the trajectory of Oblate ministries in the local area over these 150 years was distributed to all and carried away as a prized memento of the anniversary celebration.  A videographer recorded most of the liturgical celebration and this footage should soon be available on various Shrine and OMI platforms. 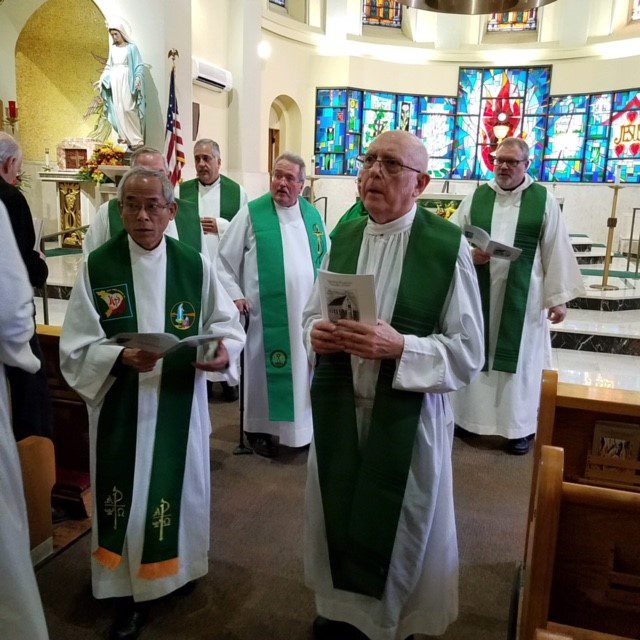 A professionally rendered 340 page historical text: “St. Jean Baptiste Parish and the Franco-Americans of Lowell, Massachusetts” chronicling the larger context of Oblate ministry in the city as well as a recent professionally produced DVD celebrating this history, remain available in the Shrine’s Gift Shop/Bookstore for any who might want to further explore the fascinating story of the truly missionary endeavors of the Oblates straddling 150 years beginning with the start of the industrial revolution in this “Mill City” and to the present day.

Below is the ten-minute video produced for the 150th Anniversary of Oblate Presence in Lowell, MA, featuring Bro. Richard Cote’ and Fr. Gene Tremblay