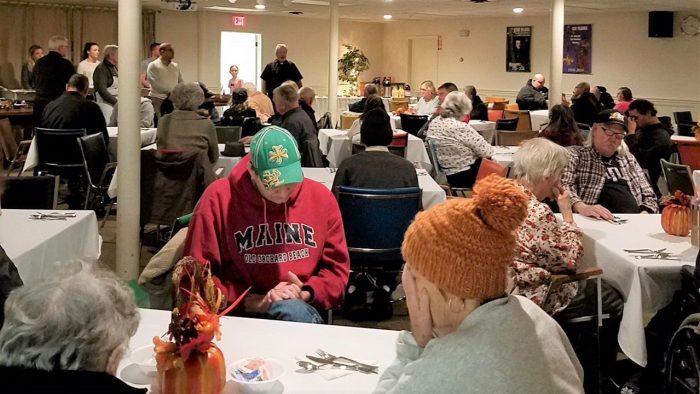 Shrine Director, Fr. Terry O’Connell, OMI leads the prayer before dinner.It has become an annual outreach from the Shrine of St. Joseph the Worker in downtown Lowell – a pre-holiday gathering of neighborhood folks who would otherwise spend Thanksgiving without the company of others. On the afternoon of November 18th, some 50 folks were hosted to a Thanksgiving dinner with all the fixins’ here at the Shrine. 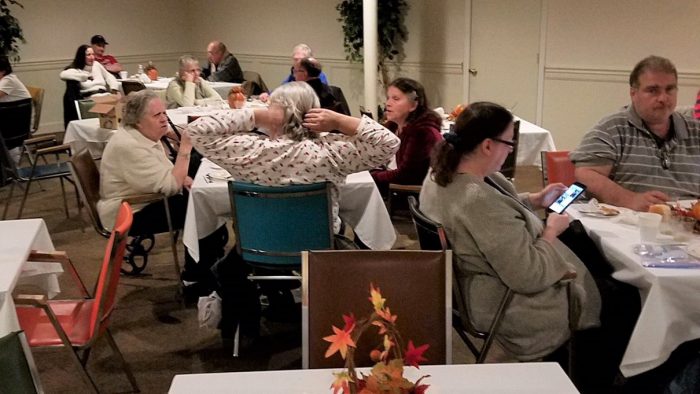 The effort is a cooperative one – worshippers generously made donations toward the purchase of the basics; students in the culinary classes at neighboring Lowell High School prepared trays of fixins’ to dress the festive board; local restauranteurs donated desserts to complete the meal. 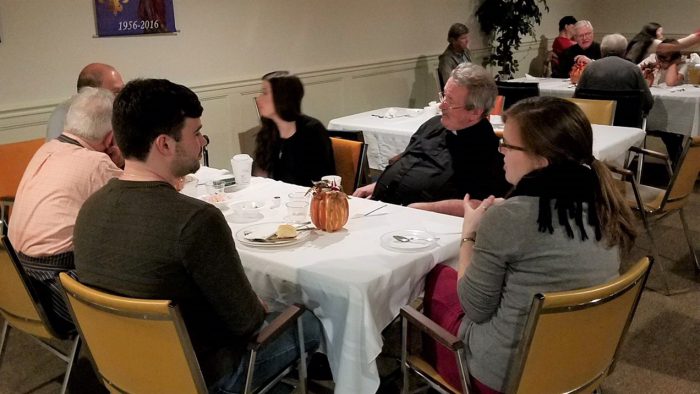 Fr. Terry (2nd from right) joins in the festivities

Volunteers to serve the meal came from a cross-section of Shrine congregants as well as from young people who assisted to partially satisfy “Service Hour” credits required in their Catholic schools’ religious studies programs.  Shrine staff members were also prominently involved in the remote and proximate preparations as well as in the “hands-on” delivery of kitchen and table service. 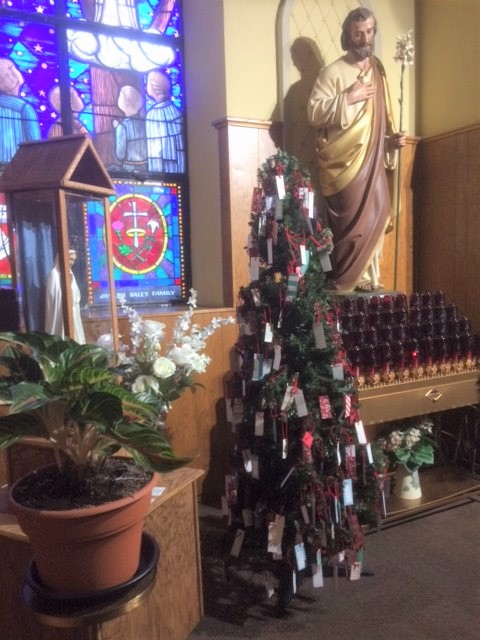 The next Shrine holiday outreach – one which has steadily gained popularity in the past few years is the “Giving Tree.”  A Christmas tree is situated at the Shrine entrance, hanging on its branches are tags recording hoped-for gifts for children of single mothers living in distress.  Congregants select a tag and return the gifts here to the Shrine during the Advent season.  The gifts are then delivered to sponsoring support organizations for distribution to those mothers and their children just in time for Christmas.