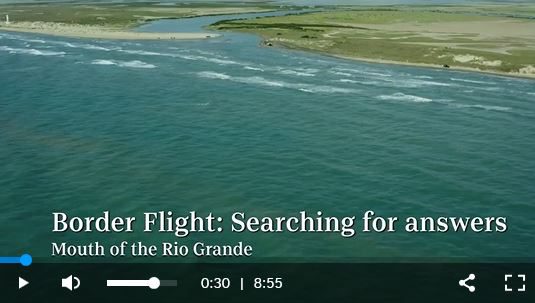 Journalists from the USA TODAY NETWORK flew and drove the entire length of the U.S.-Mexico border in search for answers. This is what they found. USA TODAY

The Catholic Diocese of Brownsville is fighting the federal government’s plan to take the site of a historic mission as part of the border wall.

La Lomita Chapel, originally built in 1865, is the namesake of Mission, Texas. The Catholic Diocese of Brownsville is fighting a federal proposal to construct a border wall at the site. (Photo: Kirsten Crow/Caller-Times)

government intrusion into the practice of religion, the Diocese of Brownsville says.

“It goes against the First Amendment, freedom of religion,” said David Garza, a Brownsville lawyer who is representing the South Texas Catholic diocese in its battle with the government.

At issue is a chapel in Mission, Texas, about 75 miles west of the mouth of the Rio Grande. The chapel, known as La Lomita Mission, served as sort of a regional hub beginning in the mid-1800s to care for the spiritual needs of “widely separated Catholic churches, baptizing newborns, performing marriage ceremonies and blessing the dead.” according the city of Mission’s website.

The government last month filed court papers notifying Brownsville Diocese Bishop Daniel Flores, who grew up and began his priesthood in Corpus Christi, that it intends to survey about 67 acres where the chapel, built in 1899, sits near a horseshoe-like bend in the river that separates the United States from Mexico. The survey is seen a prelude to the government taking at least some of the land through eminent domain to build the wall.

Flores, in a statement issued by the diocese, said no.

CLICK HERE to see the rest of the article and to view the video on the website of the Corpus Christi Caller Times, Part of the USA Today Network

A bright altar is the centerpiece inside La Lomita Chapel in this August 2017 file photo. The Catholic Diocese of Brownsville is fighting a federal proposal to construct a border wall at the site outside Mission, Texas. (Photo: Kirsten Crow/Caller-Times)

OMIUSA EDITOR’s NOTE: The original 1865 chapel was built by Oblate Missionaries and along with small living quarters, was used by the Oblates as a stop-over on their horseback circuits, popularly known as The Cavalry of Christ.  Click here to read more about the history of the La Lomita Chapel