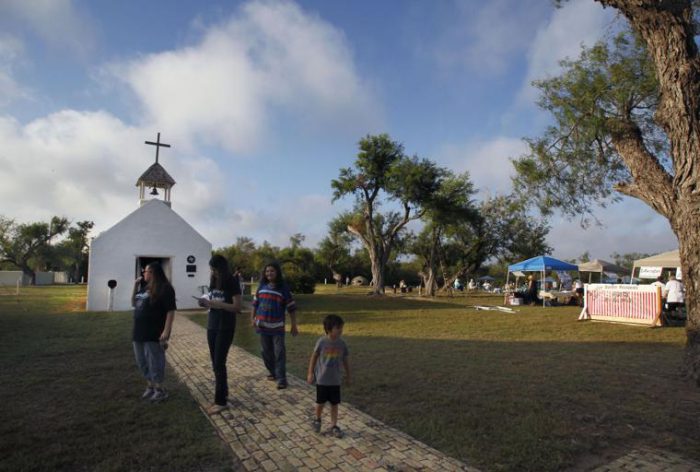 The Missionary Oblates of Mary Immaculate threw its support behind the Catholic Diocese of Brownsville and Bishop Daniel E. Flores against the federal government’s plan to build border fencing on land the church owns in Hidalgo County.

“We firmly believe that this wall, in this location, is a major step in the wrong direction for people on both sides of the border,” the Very Rev. Louis Studer, the Provincial of the U.S. Province of the Missionary Oblates of Mary Immaculate, said in a statement. “Our 169 years of ministry here convince us that its conception is rooted in prejudice, fear and misunderstanding toward those who seek residency or asylum.”

La Lomita Chapel stands on land the federal government is seeking to take immediate possession of.

The Oblate Fathers built La Lomita Chapel in 1865, according to the Texas State Historical Association.

“One hundred sixty-nine years ago, Missionary Oblates of Mary Immaculate, immigrants themselves, first set foot in South Texas. We have been ministering as Catholic Priests and Brothers in this region almost as long as Texas has been a part of the United States,” Studer said. “From our earliest days, La Lomita has been a sacred place to us and to those whom we serve, regardless of one’s country of origin.”