The General Committee of the Oblate Brothers met at the General House in Rome from November 9 to 14, 2018.

The Committee welcomed the positive response given by the Oblate units around the world for the committee’s proposal for community prayer on the occasion of the bicentenary of the first Rule. It hopes that this new tradition will continue in the future as well.

It was in this enthusiasm that the committee experienced its meeting as a true spiritual journey.

Thanks to the visit to a community of Focalari in the outskirts of Rome, the contribution of Sandra Prather (layman of the OMI Lacombe Province), and the presence and witness of Sr. Yulia Venglovska (Misioneras Oblatas de María Inmaculada), the committee rediscovered that every vocation has its source in baptism and that it is through baptism we receive our mission. In order to recover this identity of our religious vocation, the committee recommended meditation on the document “Identity and Mission of the Religious Brother in the Church”. 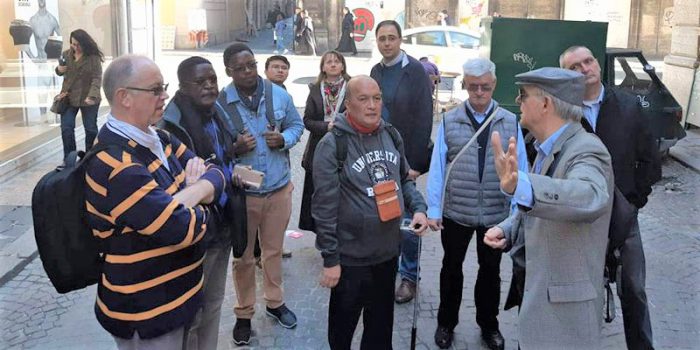 In the footsteps of our Founder

Accompanied by Father Fabio CIARDI, we walked the streets of Rome in the footsteps of our Founder, where we understood how much Eugene de Mazenod loved the Church. Likewise, on Tuesday morning, we had the grace to celebrate Mass at the tomb of Saint Peter; by this gesture, we renewed our confidence in the Church, which unfortunately is going through a period of turbulence.

The committee also examined the role of its representatives at the meetings of the Regional Conferences and all the animation work to be done in the regions, especially in units where there are only few Oblate Brothers. 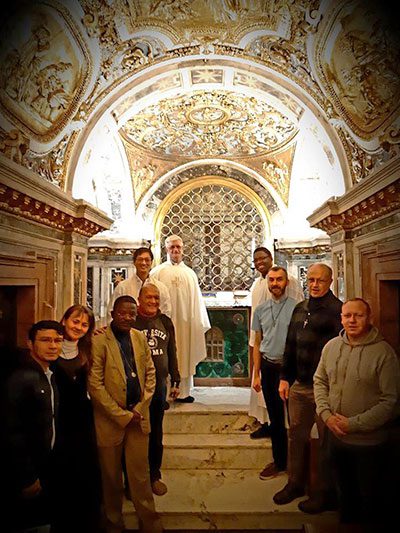 Mass at the tomb of Saint Peter

To accompany us in this meeting, we were delighted to have, among other translators, Fr. Daniel LeBLANC. He shared with us his work at the United Nations. Echoing the document “Justice, Peace and Integrity of Creation – Companion in Mission”, he told us how he makes the voices of the voiceless heard (cf. Constitution number 9). His members helped the members of the committee to reiterate the importance of working with the most neglected, the poor with their many faces, as the Chapter reminds us.

In this year of prayer for Oblate vocations, when the Lord invites us to pray to the master of the harvest to send workers, the committee has committed itself to pray for vocations and to make a booklet of the meditated rosary in the three languages of the Congregation.

The meeting ended with a time of sharing and the Eucharist with the Superior General, during which the members of the committee renewed their oblation.

Representing their regions, Brothers Benoit DOSQUET (France), Rafal DABKOWSKI (Poland), Gorgonio BONGAO (Philippines), Jean Marie DIAKANOU (Cameroun) and Jose Diemeson de Moraes GOMES (Brazil) attended the meeting. The committee would like to thank the members of the General House for their hospitality and all those who accompanied the meeting with prayer.