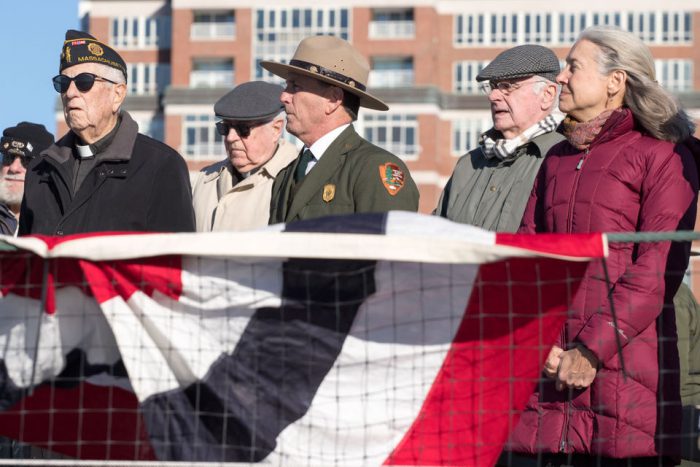 On Dec. 7, from 12:30-1:20 pm, the 77th anniversary of the attack on Pearl Harbor, which began World War II for the USA and Japan, was held on board the destroyer USS Cassin Young, in the Boston, MA Navy Yard.  Over 2400 Americans lost their life that day, and this annual commemoration remembers their sacrifice and the sacrifice of their families.

Fr. Pat Healy, OMI, chaplain at nearby St. Michael’s Chapel,  Chelsea, MA Soldiers’ Home, prefaced his invocation by recalling the memory of Commander Robert L. Gillen, who died on July 7, 2018.  Gillen was the Commander of the USS Constitution (“Old Ironsides”) from 1978-80, and a beloved figure to many attending the commemoration. The Cassin Young is berthed about 100 yards from Old Ironsides.

Fr. Healy then prayed Psalms 23, the Good Shepherd Psalm, adding the verse “May perpetual light shine upon them, O Lord, and may the souls of the faithful departed rest in peace.”  He concluded by invoking “In the name of the Father, the Son and the Holy Spirit.  Amen.” 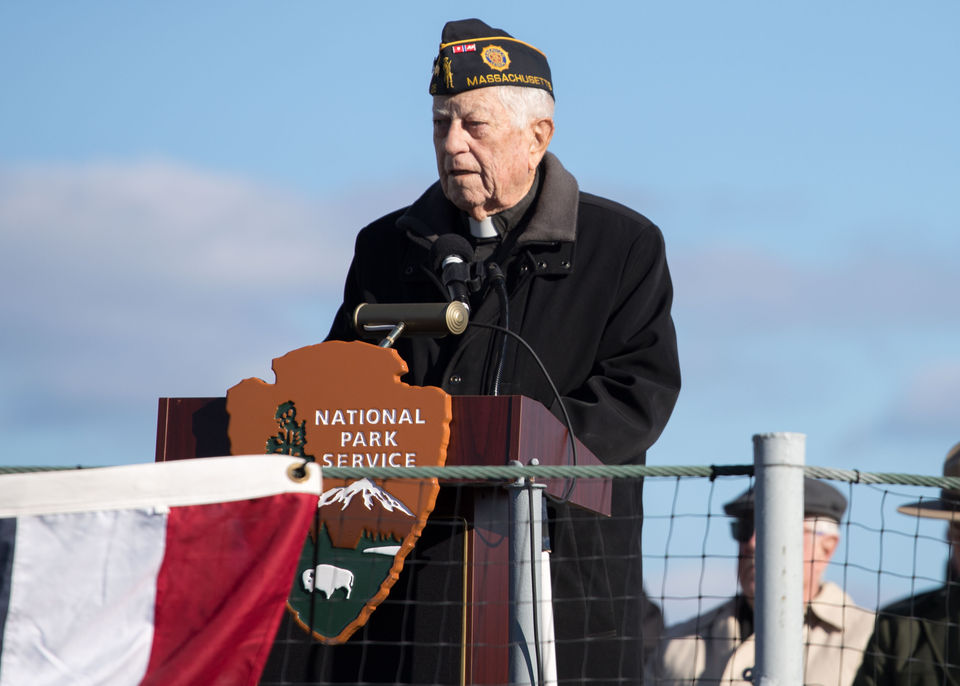 During the forty minute presentation, speakers explained the connection between the USS Cassin Young and Pearl Harbor itself.  Cassin Young was the captain of the destroyer Vestal, which was berthed in Pearl Harbor next to the battleship Arizona on Dec. 7.  Young was blown off the Vestal when the Arizona exploded, but swam through the oily and flaming waters, climbed back on board and succeeded in beaching the destroyer where it did not block the harbor.  He later commanded the USS San Francisco and was killed in the Battle of Guadalcanal. In his memory, the destroyer built in 1943 was named the Cassin Young.

Several speakers pledged that the City of Boston and the State of Massachusetts would continue to honor and serve veterans and their families.

When taps was played, rifles shot, and a wreath placed on the harbor waters, the final gun was the deeper sounding canon from the USS Constitution.