The nuns from of the Sisters of Charity remember and “are grateful to the missionaries who with their blood planted the seeds of faith in Christ in the heart of Laotians”. Christmas celebrations are held in Nasay, a village whose residents were once all animist and are now almost all Catholic. 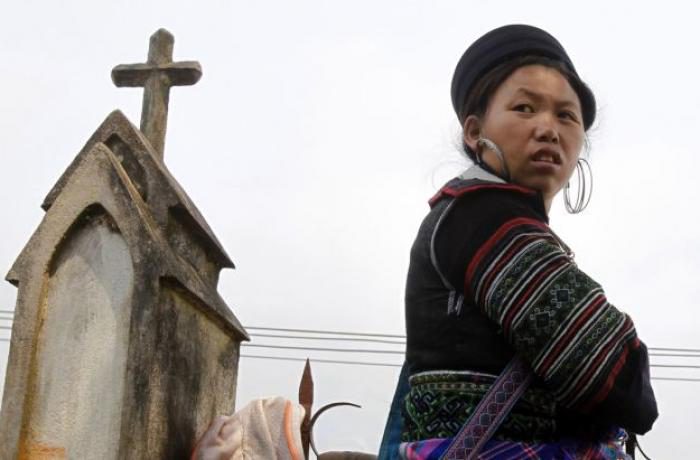 For Laotian Catholics Christmas celebrations are a joyous occasion to “strengthen their faith in Christ and remember the sacrifice of martyrs,” said Sister Anna, of the Sisters of Charity of Saint Jeanne Antide Thouret.

The nun spoke about how the faithful spent Christmas in Nasay, a village in the central province of Savannakhet.

Fr Philippe Thin, an 83-year-old diocesan priest, has been responsible for the pastoral care of this community for many years. The Sisters of Charity of Saint Jeanne Antide Thouret have helped him in his work.

Although foreign missionaries have been banned from Laos since 1975 and the number of vocations has dropped in recent years, men and women religious continue to promote the Catholic faith in the cities but especially in the villages. Christmas is the most visible expression of this commitment.

In Nasay, most of the 1,500 residents, once animists, are now Catholic and every year they celebrate the baptisms of children and adults. “The faith of these Christians is strong,” said Sister Anna.

“Every year, they celebrate the birth of Christ with great joy and throughout Advent they prepare their hearts to welcome the Word of God,” she noted.

Christmas celebrations begin with the sacrament of confession, followed by a procession and adoration of the Child Jesus. The community then meets for Christmas Eve Mass. They end the celebrations with a Christmas show that includes dances and games.

“In the village of Nasay, Christmas is a truly exceptional festival,” Sister Anna explained. “Everyone takes actively part. Laotians often like to repeat ‘Muan lai!’, which means ‘so much joy’.”

“We always remember and we are grateful to the missionaries who planted with their blood the seeds of faith in Christ in the heart of Laotians. Canonised in 2016 by Pope Francis, the 17 blessed martyrs of Laos are a beautiful testimony for the local Church.”

“We give thanks to God for so much grace received, that the Child Jesus may continue to be born in our hearts and fill us with joy and faith, so that we are his witnesses in daily life, “the nun added.

The Pathet Lao killed the 17 martyrs in Laos between 1954 and 1970. Six were Laotian, ten belonged to the Missions Etrangères de Paris (MEP) and one came from the Congregation of the Missionary Oblates of the Blessed Virgin Mary Immaculate (OMI).