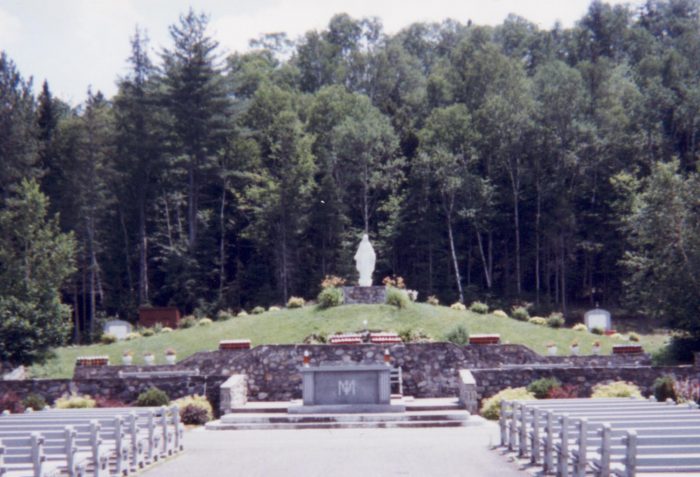 The former Shrine of Our Lady of Grace, Columbia, NH has been placed on the New Hampshire Register of Historic Places.  The 19th Century hand-hewn timber frame barn, (former Shrine chapel), the ca. 1843 “Parsons” farmhouse which was moved in 1922 and attached to the “Hampshire Inn”  home to the St. Joseph H.S. Seminary (1922-1941) Oblate Novitiate (1942-1967) and Shrine Residence (1948-2014). The 1964 concrete block St. Joseph Workshop (not shown) walking paths, amphitheater and landscaping are included in the designation.

Last July, the property was purchased by the Great North Woods Committee for the Arts and is being developed into a premier North Country Arts Center with respect to its many historic attributes.  The property is eligible for the State Register for its association with education and French-Canadian ethnic heritage. The Shrine closed in the summer of 2014. 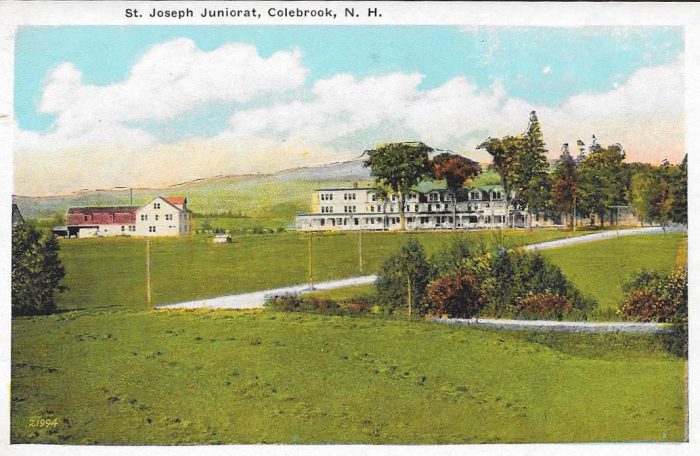 Click here to read a copyrighted story about the “Historic Places” designation that appeared in the February 9, 2019 edition of the Caledonian Record