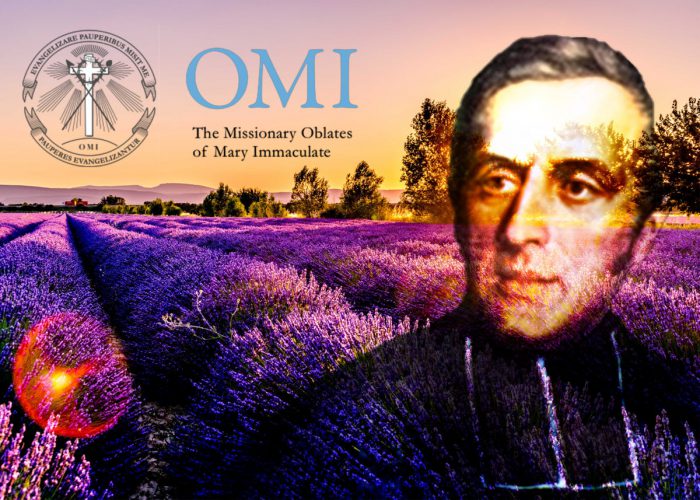 (This text is a translation from the French authorized by the author, Fr. Normand Provencher, OMI)

The Spirituality of the Missionary Oblates of Mary Immaculate

The various religious families established in our country are committed to making known and loving Jesus Christ and to foster Christian communities to live the Gospel. But each of the institutes develops its own ways of doing so, in spite of certain borrowings and similarities. There is a Benedictine, Jesuit, Dominican, Franciscan, Oblate approach. There is thus an Oblate “spirit” or “family air”, a “way of life” and an “Oblate charism”. All this is included in the word “spirituality”. The Holy Spirit evokes in the Church various ways of being at the service of the Gospel according to the needs of an age and a culture.

The Charism of Eugene de Mazenod

To ensure the renewal of the consecrated life, the Second Vatican Council asked to return to the charism of the founders of institutes in order to ensure their own character. The Oblates are profoundly marked by their founder, Saint Eugene de Mazenod (1782-1861). Born in a noble family of Aix-en-Provence, he experienced the French Revolution and lived through the sufferings of exile, the misery of the clergy and great religious ignorance, especially those of the poor and rural areas. Through his love of the Church, which was then going through difficult times, and anxious to evangelize the poor whom he considered specially loved by God, he gathered together a few priests who, like him, sought to become close collaborators of Jesus Christ. They were called to live in an apostolic community: “The community of the Apostles with Jesus is the model of our life. Our Lord grouped the Twelve around him to be his companions and to be sent out as his messengers.”(Constitutions and Rules, No. 3)

In 1816 Eugene de Mazenod founded the congregation of the Oblates, which was approved by Pope Leo XII on February 17, 1826. Within a few years, the congregation spread to Canada (1841), England (1843), Ceylon (1847), in the United States (1849), in South Africa (1851) and in Ireland (1856). While remaining the superior general of the Oblates whom he encouraged and supported in their missions, Eugene de Mazenod was bishop of Marseilles from 1837 until his death in 1861. Zeal, concern for the poor and audacity in proclaiming the Gospel are part of the charism or spirituality of the founder of the Oblates whom John Paul II declared holy on December 5, 1995.

A Name that Expresses the Charism

The congregation, founded by Saint Eugene, bears the name of “Missionary Oblates of Mary Immaculate”. All its members, priests and brothers, are missionaries in their own right, devoted to the cause of the Gospel and the formation of Christian communities. This mission, so necessary at the beginning of the 19th century, is even more so today. To exercise it, members are called to dedicate themselves to God in the service of the Church. Their whole being, their ministry, and their life of prayer constitute an offering: they are “Oblates.” Their oblation is inspired by Mary the Immaculate, whom they recognize as their patron saint and mother. Having played a unique role in the work of salvation, she makes them apostles of mercy. In communicating his confreres their names as Oblates of Mary Immaculate, approved by Pope Leo XII, St. Eugene exclaimed: “May we understand well who we are.” 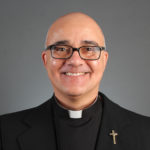 Fr. Daniel Renaud, OMI is a priest, religious and itinerant preacher with the Missionary Oblates of Mary Immaculate of the US province. Mentored by Fr. Ronald Rolheiser, OMI he ministers from the campus of the Oblate School of Theology (OST) in San Antonio, Texas. Fr. Renaud has degrees and training in drama education, theology, pastoral ministry, psychodrama and spiritual direction. He has preached retreats to priests, men and women religious, deacons and wives and lay people on desire and mysticism, 12 steps recovery, Ignatian spirituality and Jungian shadow work, ecological conversion, the Beatitudes and human development and grief and life transitions. Fr. Renaud is a member of Spiritual Director International (SDI). His areas of interest are resilience, finding one’s mission and purpose in life, spiritual healing of traumatic relationships and everyday mysticism.