When he was born in 1937, Bp. Pfeifer immediately became part of the Oblate family.  His parents were parishioners at St. Joseph Parish in Alamo, Texas in the Rio Grande Valley, one of the earliest Oblate ministries in the United States.

In the 1920s the Oblates built a church for Catholics in the area.  Helping to build that church was Bp. Pfeifer’s dad, Frank, who would bring bricks from 15 miles away in a horse drawn wagon to the building site.  As a boy Bp. Pfeifer served Mass at the parish.

Frank Pfeifer and his wife, Alice, could see in their son a love for the Catholic faith and priesthood even at a young age.  They predicted that one day their son would become a bishop, something mom included in her prayers.

“Mom didn’t tell me about her bishop prayers until after I actually became one,” said Bp. Pfeifer.  “If she had told me earlier I might have told her to pray for something else.”

In addition to his parents, Bp. Pfeifer was also encouraged to pursue his calling to become an Oblate bg by his older brother, Ted, and his cousin, James.  Both Ted and James would become Missionary Oblates.  In 1964 Bp. Pfeifer spent the summer ministering with his brother in rural Oaxaca, Mexico.  Father Ted had been ordained in 1959 and was at the start of a legendry ministry in Mexico among the poorest of the poor.

The summer in Mexico may have been the most difficult and happiest time in Bp. Pfeifer’s life.  He would ride horseback to remote villages where parishioners gathered in large groups to receive the sacraments.  Bishop Pfeifer fell in love with the place and the people.

After his ordination on December 21, 1964 Bp. Pfeifer was assigned to Mexico, but it wasn’t with his brother in Oaxaca.  Instead he was assigned to Mexico City where he serve in leadership roles at the Oblate-run school, Colegío Vista Hermosa.  Some of his students became seminarians and eventually Oblate priests and brothers.

After working at the schools, Bp. Pfeifer was assigned to parishes in the slums of Mexico City and to lead the mission promotion office.  The parishes were vast, with as many as 100,000 people in their boundaries.  Bishop Pfeifer was then named the Superior of the entire Oblate ministries in Mexico.  He was instrumental in preparing the Mexico Province to become independent of the United States.

Bishop Pfeifer’s time as Superior in Mexico was the start of a long ministry as an administrator for both the Oblates and at the diocesan level.  In 1981 he returned to the United States after being elected Provincial of the U.S. Oblate’s Southern Province.

One of Bp. Pfeifer’s proudest accomplishments as leader of the Southern Province was the establishment of a foreign mission in the African nation of Zambia.  Bishop Pfeifer traveled throughout Zambia with the local Bishops and oblate General Counselor to search out a proper place for the new Oblate mission.  He wanted to find a place that fulfilled the Oblates’ charism of serving the poorest and neediest people, and to empower them to become future leaders while also fostering Oblate vocations.  He eventually found the city of Lukulu, and sent four Oblates from Texas there to begin the mission.

“It was a tough decision to go to Zambia because we had to give up some of our more successful parishes in the U.S. Southern Province,” said Bp. Pfeifer.  “But Zambia has been a boom for us as far as both ministry and vocations.”

When his time as Provincial of the Southern Province would come to an end, Bp. Pfeifer expected to head to Zambia to once again serve as a foreign missionary priest.  But someone else had a different plan.  In 1985 Pope John Paul II named Bp. Pfeifer the Bishop the Diocese of San Angelo Texas, fulfilling his mom and dad’s prophecy that their son would one day become a bishop.

“The announcement came out of the blue and at first I didn’t really want it,” said Bp. Pfeifer.  “I was kind of hoping that they had made a mistake and that they really wanted my older brother Teddy.”

But Pope John Paul II did indeed want Michael Pfeifer to head the Diocese of San Angelo.  At the time, it was rare for bishops to come from the ranks of religious orders.  But Bp. Pfeifer quickly adjusted to diocesan life, and San Angelo became his home for nearly 30 years, making him one of the longest serving bishops in the United States.  He was the first Oblate priest ever to be named a bishop of a Diocese within the United States.

The Diocese of San Angelo is vast, consisting of 29 counties in western Texas that is the size of Ohio.  But the Catholic population is relatively small, about 77,000 people or about 12 percent of the entire population.  During his time as Bishop of San Angelo, Bp. Pfeifer calculated that he drove more than one million miles through seven cars.

Although he was the Catholic Bishop, Bp. Pfeifer didn’t limit his ministry to just Catholics in the diocese.  He showed up at many Protestant churches and functions, including Sunday School classes.  He opened the local retreat center to non-Catholic retreats and events. 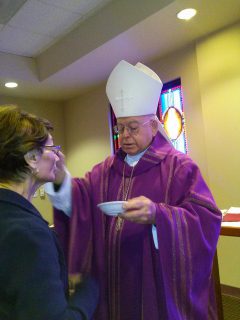 “His official title is Bishop of the Catholic Diocese of San Angelo, but to us, he’s really the Bishop of the entire San Angelo community,” said Rev. Nathaniel Hankins of the First United Methodist Church of San Angelo.  “We think of him as our bishop too.”

At the age of 75 Bp. Pfeifer offered his retirement to Pope Benedict XVI.   He then waited, and waited.  After five months Pope Benedict surprisingly resigned the papacy, so Bp. Pfeifer remained on as Bishop of San Angelo.  It took one year and eight months since he tendered his resignation before Pope Francis finally accepted it.

“The people had to be saying are we going to be stuck with this guy forever,” jokes Bp. Pfeifer.

With such a long legacy in San Angelo, Bp. Pfeifer didn’t want his successor to feel like he was always in the shadows.  So Bp. Pfeifer decided to move to San Antonio and join the Oblate community there.  Today he continues to help out the San Antonio Diocese by giving retreats, taking part in Days of Recollections and presiding at Sacraments such as Confirmation.

In addition to these diocesan duties, the Oblates gave Bp. Pfeifer an office at their fundraising offices where he helps to raise money for Oblate ministries around the world, especially for his beloved missions in Zambia.  Bishop Pfeifer also helps out with Mass and program at the Our Lady of Lourdes Grotto and Tepeyac de San Antonio, the main worship space for the Oblates in San Antonio.

“My health is good so I feel blessed that I can still have a very active ministry,” said Bp. Pfeifer.  “All of my prayers, and those of my mom and dad, have been answered.”

A Lifetime of Brotherly and Fatherly Love 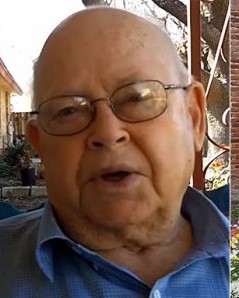 When Bishop Michael Pfeifer O.M.I. talks about his older brother, he doesn’t hide his admiration: “Teddy was my brother, and also my hero.”

Father Ted “Teddy” Pfiefer, O.M.I. was born five years before his younger brother Michael.  And in many ways Michael followed in his brother’s footsteps.  They both became Missionary Oblate priests, and both were foreign missionaries in Mexico.

But as Fr. Michael started being assigned leadership roles with the Oblates and in the Church, Fr. Teddy was taking on roles that went well beyond a missionary priest.

For 44 years Fr. Ted ministered in some of the poorest and remote mountain villages of Mexico.  He fulfilled all of the spiritual needs of the people, and much more.  Father Ted was at times a mechanic, a carpenter, a doctor who delivered hundreds of babies, and a dentist who pulled thousands of teeth.

“None of the children were vaccinated in those days.  There were no doctors and there were no medications,” said Fr. Ted.  “So I did as much as possible.”

Father Ted was much loved by the people in the mountains.  But he was hated by gang members and drug lords when he started turning over information about murders in the mountains to authorities.  One time Fr. Ted was ambushed by gunmen while driving his Jeep.  When he made it to safety he found 12 bullet holes in the roof, just inches from his head.

“I knew that I was risking death, but the people I had come to serve were risking danger every single day and they had no way to flee to a place of safety,” said Fr. Ted.  “I was scared, but I also remembered who had sent me there, and the powerful lesson Jesus had given to every priest in the parable of the Good Shepherd: the hireling flees when the wolf comes, but the shepherd stays to protect his sheep.”

Father Ted suffered a major stroke in 2011 and was forced to return to San Antonio, Texas for medical care.  But he never forgot his beloved parishioners in the mountains of Oaxaca, Mexico.  In San Antonio Fr Ted took part in Sacramental duties such as hearing Confessions.  He also opened a small carpentry shop where he made items like tables, shelves and birdhouses. 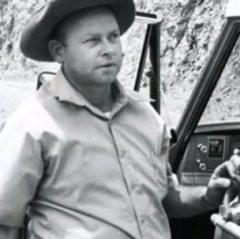 On April 19, 2018 Fr. Ted passed away peacefully at the Oblates’ Madonna House retirement community.  His younger brother, and greatest admirer, was there when he took his final breath.

Father Ted was buried at the Oblate Cemetery, just a short walk from his brother’s office.  At his burial, a small Teddy Bear was put on his grave, an appropriate symbol for the fatherly Teddy Pfeifer, who was also a bear of a man when it came to helping the poorest of the poor.