By Will Shaw, with Thanks to: Bro. Patrick McGee, OMI, Sr. Maxine Pohlman, SSND, and the Very Rev. Louis Studer, OMI 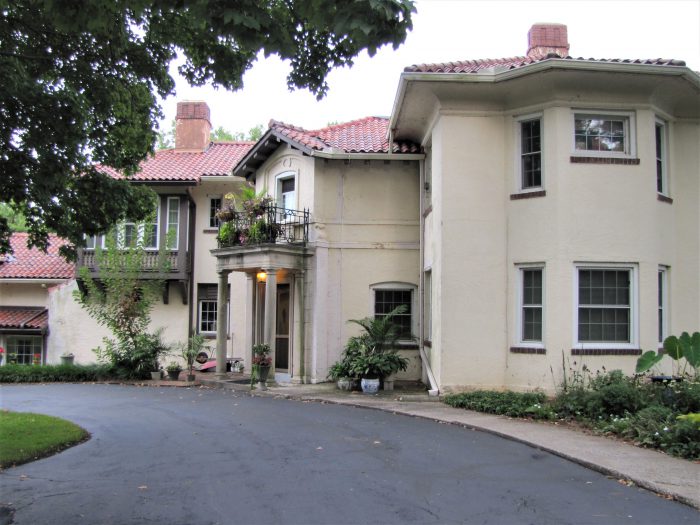 Front of the original Levis house.

On Monday, February 25, the Very Rev. Louis Studer, OMI, U.S. Provincial, announced that construction on a long-awaited renovation of the Oblate Novitiate in Godfrey, Illinois is now in the planning stage. The need for renovations to the historic Levis House has been acknowledged and studied by previous administrations as well as the current one with questions of cost-efficiency surrounding the renovation of a nearly 100-year-old structure always at the forefront.

The house, which sits on over 200 acres, was originally built in the 1920’s as a summer home for the Levis family, owners of the Illinois Glass Company in nearby Alton. The site was selected for the prevailing summer breezes at a time when there was no air conditioning. The Levis family gave it to Monticello College in the late 1940’s. The college decided to sell it a few years later, and the Missionary Oblates acquired the property for use as their novitiate. The Oblates added bedrooms, classrooms, a chapel and community areas for the students to the original house. 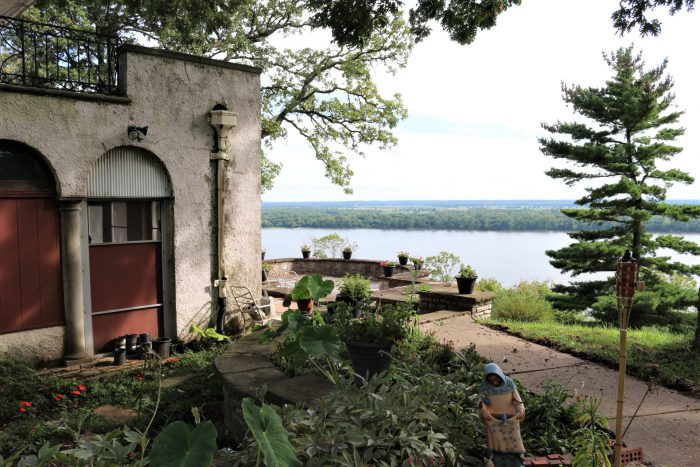 The property holds a special place in the hearts of literally hundreds of Oblates who passed through the novitiate over the years. According to Fr. Studer, “Each time a discussion came before the past and present provincial councils, the decision was made to keep the Novitiate in Godfrey. The majority of province Oblates who have shared their opinion about this have overwhelmingly said they prefer we keep the novitiate at its present site, even preserving Levis House if at all possible.

Many Oblates who have made their novitiate at Godfrey rate highly the ‘place set apart’ that the property affords for prayer, desert experiences, and vocation discernment, remarking that never again will they be afforded such a lengthy time of quiet and reflection in an area of beautiful surroundings.” 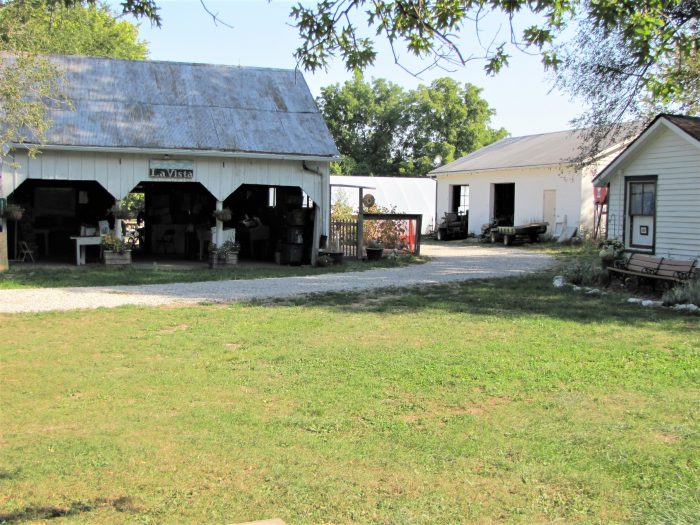 In addition to the novitiate itself, another important Oblate ministry is located on the expansive grounds: The Oblate Ecological Initiative. The Ecological Initiative, founded in 2001, exists to educate Oblates and others in ecological awareness, grounded in the sacred story of creation.  Educational and eco-spiritual efforts are focused in several areas:  programs, workshops, study groups, speakers, seasonal celebrations, ecological restoration efforts, an informational web site, as well as the La Vista Community Supported Garden and the Missionary Oblates Woods Nature Preserve. During their novitiate year, the novices often take part in activities sponsored by the Initiative. 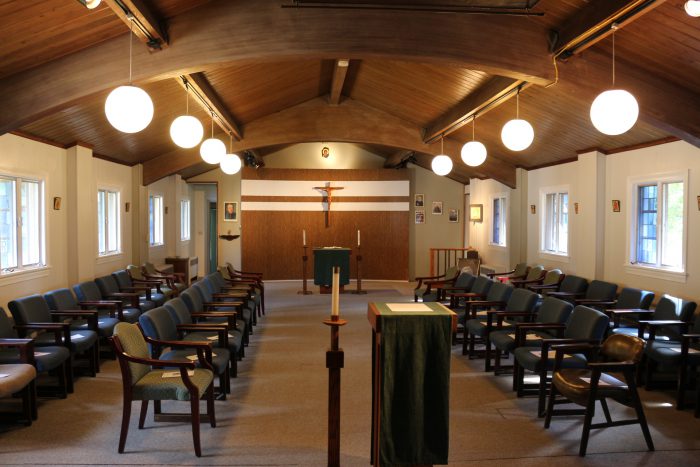 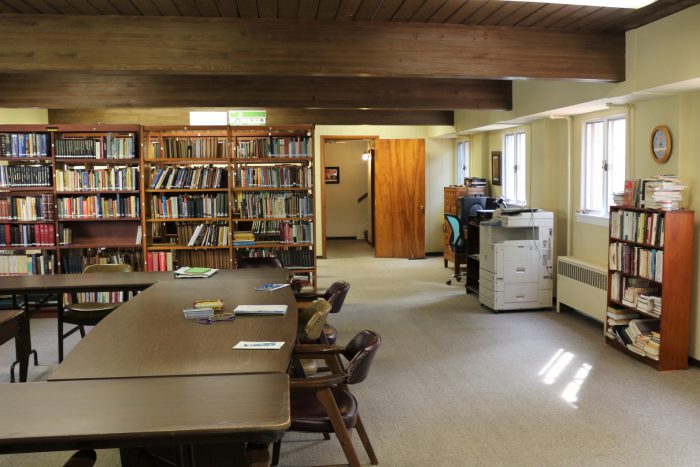 Plans call for the original house to be updated while other portions of the current facility will be demolished and replaced with a smaller, more efficient facility which better reflects the current needs of the novice classes. Best estimates from the administration project that the needed, “simple” renovation can be done at a reasonable cost with about one-third of the necessary funds already committed by donors. A final plan for the project has been submitted. Once approved an architect will be hired with actual renovation beginning shortly thereafter. 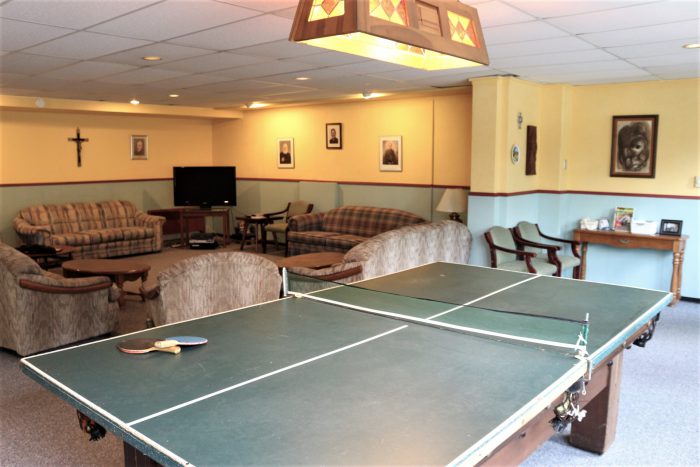 Once completed, the renovated facility will provide more than just our U.S. Oblate Novices with a renewed experience. According to Fr. Studer, “Provincials from several English-speaking provinces, vice-provinces and delegations have contacted me, inquiring about the possibility of sending novices to the U.S. for the novitiate. Each of these units is blessed with many vocations and the Provincials recognize the value of the program we are able to offer during this key year of Oblate formation at Godfrey.” 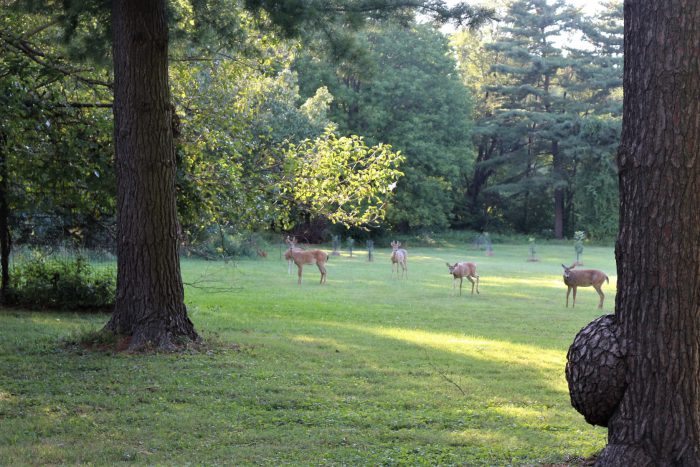 Deer are abundant on the grounds