By Jim Glanville, Originally Published by the Radford News Journal 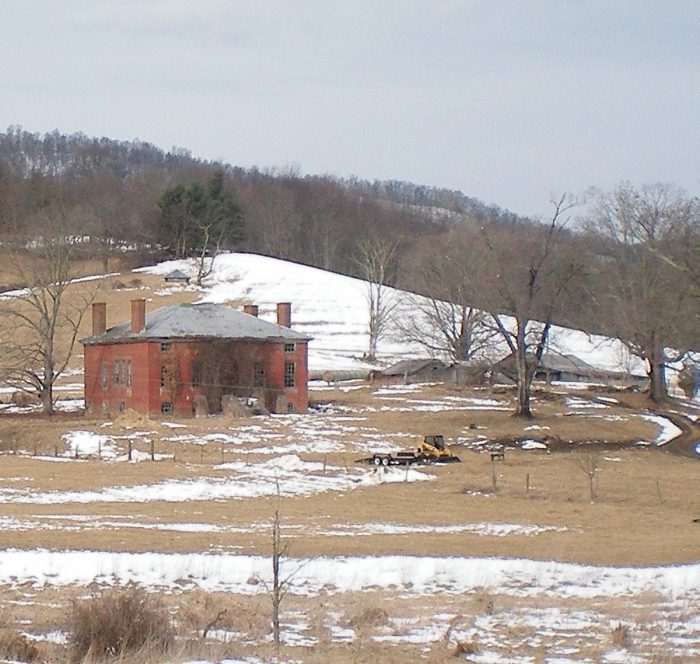 Editor’s Note: From 1979 to 1991, Fr. Harry Winter, OMI served as pastor of two small parishes in rural Virginia and West Virginia. He also served as administrator of a hostel for hikers on the famous Appalachian Trail. While there he became intrigued with the history of the area and some of its historical figures. He also found himself much too close to a terrible crime committed on the Appalachian Trail.  Fr. Winter became friends with local historian and writer, Jim Glanville, who penned this fascinating two-part story about the history, the trail, and Fr. Winter for the Radford News Journal. who graciously allowed OMIUSA.ORG to bring it to you.

He was the missionary pastor at the Catholic Holy Family Church in Pearisburg, Virginia, from 1979-82, and the missionary pastor at the Monroe County Catholic Parish in Union, West Virginia, from 1982-91.The designation OMI stands for an Oblate of Mary Immaculate. The Catholic Missionary Oblates of Mary Immaculate serve poor and needy people in the United States and more than 60 countries around the world.Currently about 4,000 Missionary Oblates are serving poor people in various deeply troubled places around the world. They describe their work as comforting the sick, bringing food to the hungry, and bringing hope to the orphaned. Their efforts are intended to provide spiritual healing to distressed people and bring peace to war-torn nations.

The Oblates were founded by Eugene De Mazenod. He was born in 1782, during the French Revolution, into an aristocratic family in southern France. At the age of 25, he underwent a profound religious experience and, committed himself to Christ and the Church. Appalled by the poverty of the region he gathered a small group of priests to preach directly to the poor.
The Oblates congregation was recognized by Pope Leo XII in 1826. It is composed of priests and brothers who usually live together in community. As of 2016, the Oblate congregation had approximately 4,000 members serving around the world.

Father Winter took his final vows in Rome in 1961. His involvement with our local history began when he was assigned as missionary priest to Giles County and three years later to adjacent Monroe County across the state line in West Virginia.On his arrival in Monroe County, he discovered that an important and under-appreciated co-religionist, Letitia Preston Floyd, a future first lady of Virginia, and her husband the governor were buried at Sweet Springs in Monroe County.

As I pointed out in a recent column, Letitia Preston Floyd was born at the Smithfield Plantation in Blacksburg in 1779 as the tenth child of William and Susanna Preston.
Raised Presbyterian, Governor Floyd never converted to Catholicism, but was sympathetic to it for much of his life. Also raised Presbyterian, Letitia did convert, but only at the age of 74, in 1853. However, their daughters Letitia, Lavalette, and Nicketti, all converted while their father was governor and were baptized in Richmond in the early 1830s.