By Jim Glanville, originally Published by the Radford News Journal

Part 1 of this two-part article appeared last week, if you would like to see it, click here 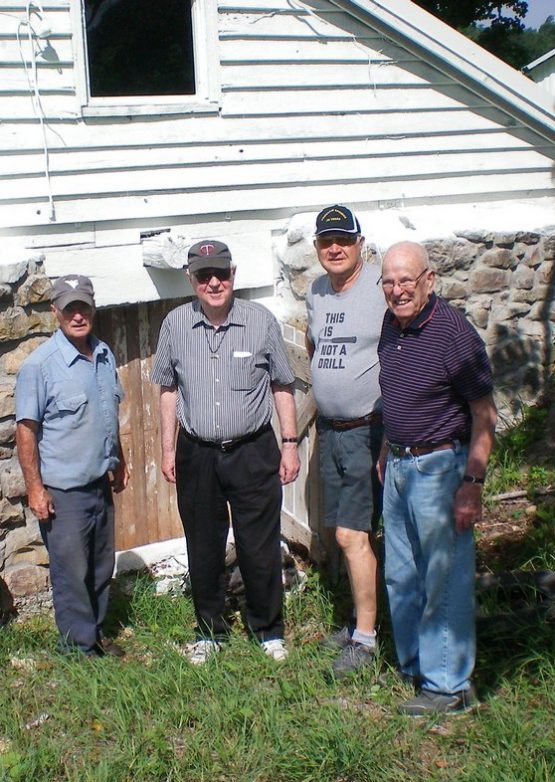 Part 1 of this column described how Father Harry Winter publicized the role of Virginia first lady and Catholic convert Letitia Preston Floyd in Virginia history. It recounted how he worked with Lynn Spellman of the Lynnside property in Sweet Springs, West Virginia, to obtain a National Historic Register listing for Lynnside.

It was in this root cellar in 1839 that Governor John Floyd died. He had been evacuated here, a hundred yards away from the Lynnside Manor house, on the assumption that his disease was contagious and required him to be isolated.

In 1980 Father Winter was serving as a missionary priest in Giles County, Virginia, and as the administrator of a Pearisburg hostel for Appalachian Trail hikers.

In May of 1981 the Appalachian Trail hikers Robert Mountford Jr., and Laura Susan Ramsay were killed near the Wapiti trail shelter alongside Dismal Creek, about 5 miles from Pearisburg. He was 27; she was 26. Both were social workers from Maine and hiking to raise money for a home there for children with special needs.

On May 19, 1981, Mountford was shot three times and Ramsay stabbed more than a dozen times. Their bodies were left in shallow, leaf-covered graves. It was the first recorded double homicide on the Appalachian Trail.

Their killer was a local 28-year-old Pearisburg man named Randall Lee Smith. He pleaded guilty to second-degree murder, and on March 23, 1982 was sentenced in Pearisburg to a plea-bargained two concurrent 15-year prison terms.

The plea-bargained short sentence for a double murder was controversial, but said to be justified by the weakness of the case against Smith, who might have escaped justice entirely.

Smith was released from prison on mandatory parole in September 1996 and spent ten years on probation. On May 6, 2008 he fired on and injured two fishermen just two miles from the location of his 1981 murders. He fled the scene in one of the fishermen’s trucks, crashed it, and died of his injuries four days later.

In 1984, Jess Carr of Radford published a monumental 395-page book about the killings titled “Murder on the Appalachian Trail.” The title page of the book designates it as a novel, but as Carr says in a six-page afterword it is “directly based on numerous interviews, documents, records and tape recordings of court proceedings, conferences with all attorneys on both sides of the issue, as well as the presiding judges.” In addition, Carr made research trips to Ohio, Maine, South Carolina and “extensive areas” of Bland and Giles Counties. Carr also attended every relevant court proceeding in the Giles County Courthouse in Pearisburg.

Carr recognizes Father Winter in his afterword: “A special word of appreciation to Father Harry Winter, (then) of Holy Family Church. His help and enthusiasm were without limit, and his belief in the Appalachian Trail movement, inspirational. He is to be thanked also for one of the most perceptive and in-depth critiques received from those burdened with reading the semi-final draft of the manuscript.”

Carr died in 1990 at the age of 59. This columnist recently (December 2018) asked Father Winter about his recollections from the 1980s in Pearisburg.