Editor’s Note: Fr. Warren Brown, OMI is General Councillor for Canada-US based in the Oblate General Administration in Rome. After the bombings Easter Sunday targeting Catholic Churches in Sri Lanka, he sent the message below to members of the U.S. Oblate Administration. Fr. Brown also references a photo of some Oblates which appeared in a copyrighted story about the bombings in the New York Times.

Scrolling down from the top of the article, the photo mentioned by Fr. Brown is the second one, the Oblates are in white cassocks with their Oblate Crosses in their sashes. 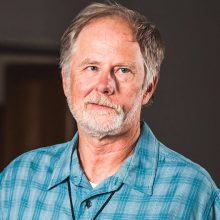 “Fortunately, none of the bombings (so far?!)  happened in Oblate parishes.  We don’t have many of them.  However, just today we learned that one of the pre-novices was injured in the bombing in Negombo.  He was thrown by the blast and has some injuries to his mouth and teeth.  Other than that, I have not heard anything else so far.  Those are Oblates in the photo, I can get their names and send if you like.  Let us pray for all those affected. Yesterday Pope Francis took moments of silence in his Mass and also at the Urbe et Orbi message to pray for them.

The pre-novice, Sunnith,  who was injured in the blast in Negombo is from Sri Lanka.  Here are the names of the OMIs who appeared in the NY Times photo you sent me.  When I get more information I will send it. “

From left to right: