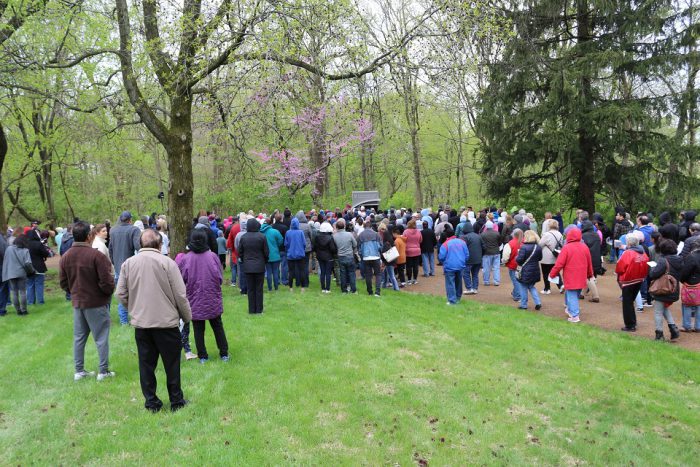 Beginning at 1PM on April 19, 2019, Good Friday, several hundred people braved 50 degree temperatures to walk the fourteen outdoor Stations of the Cross at the Shrine of Our Lady of theSnows in Belleville, IL. At each station, actors in costume portraying the characters from the station told the crowd what they saw the day Jesus was crucified, after which a prayer was offered before the crowd moved on to the next station singing, “Were You There?” The moving service lasted about 90 minutes and continues a tradition that goes back to at least the mid-1980’s. 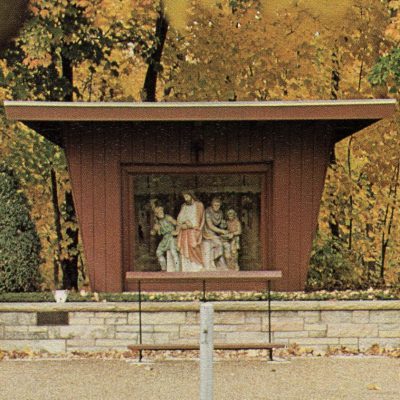 The Shrine’s Way of the Cross enables people to participate in this devotional tradition amidst a grove of evergreens and pines. Visitors follow the fourteen Stations of the Cross along a half-mile roadway. Each station features exquisitely detailed, full-color statues of Christ, Mary and the others who journeyed with Christ on His way to Calvary.

The stations have recently been restored and housed in new permanent displays thanks to the generosity of donors who responded to a fund-raising campaign sponsored by the Oblate’s Charitable Gifts Office, a division of the Oblate Missionary Society Incorporated, (OMSI). 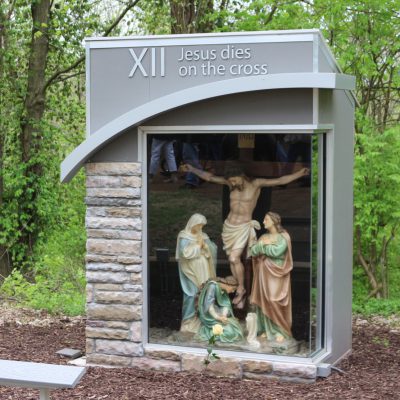 According to Jack Weck, HOMI, who’s long career working for the Oblates began in 1960, the original stations were built and painted by Oblate seminarians assisted by a carpenter by the name of Evan Davis back in the late 1950s. “Those stations were finished and installed by the time the shrine opened in 1962,” said Weck. 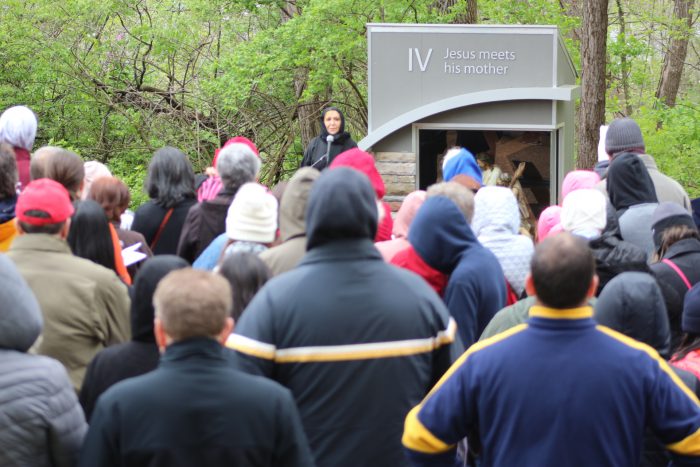 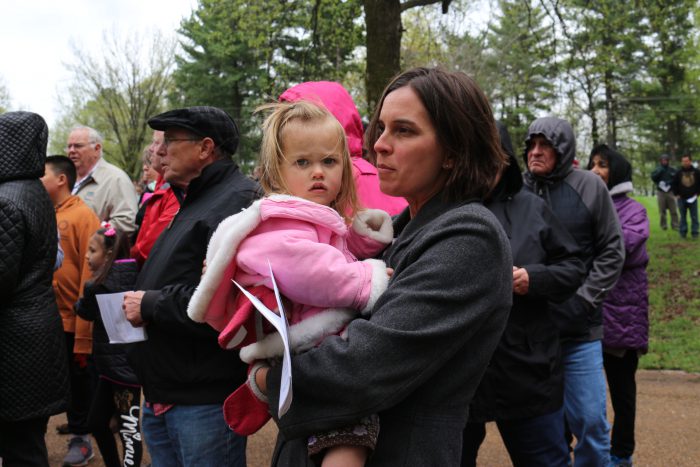 Young mother and daughter are bundled up! 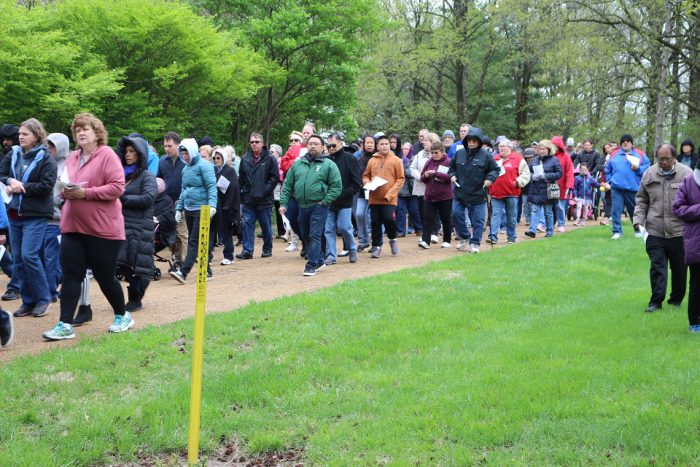 The crowd softly sang, “Were You There?” as they moved along the half-mile path from station to station. 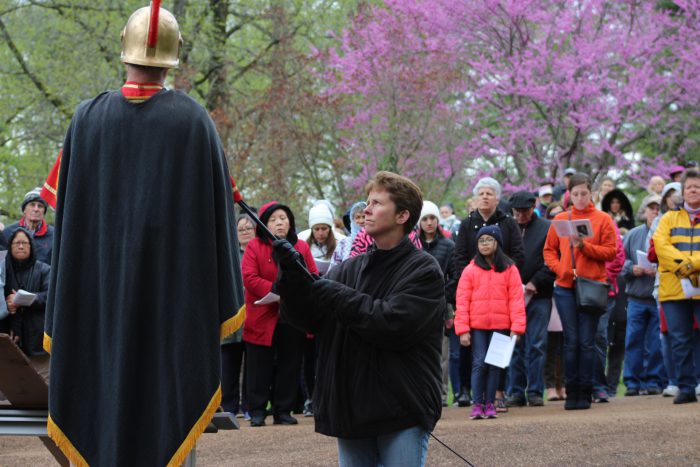 Kristie Wells holds the microphone for Dan Hofarth as the Roman Centurion who proclaims, “Surely this was the Son of God” 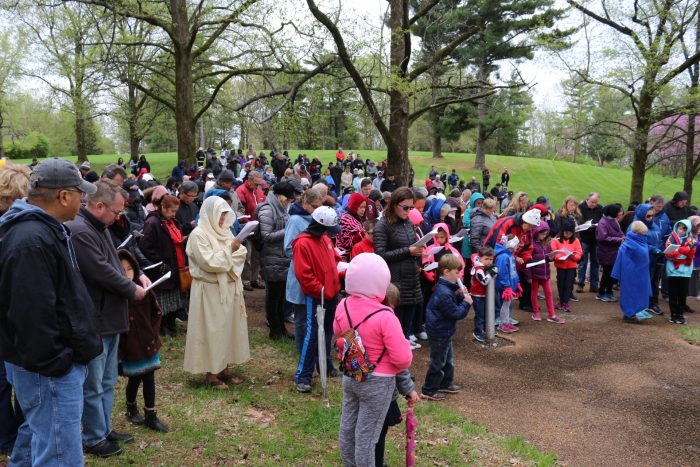 The large crowd filled the area in front of the station and stretched up the hill. 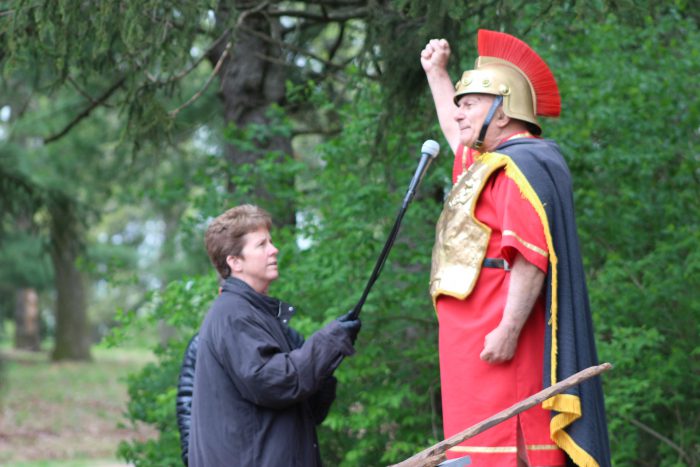 Bro. Tom Ruhmann, OMI as the soldier who gambled to win Jesus’ robe 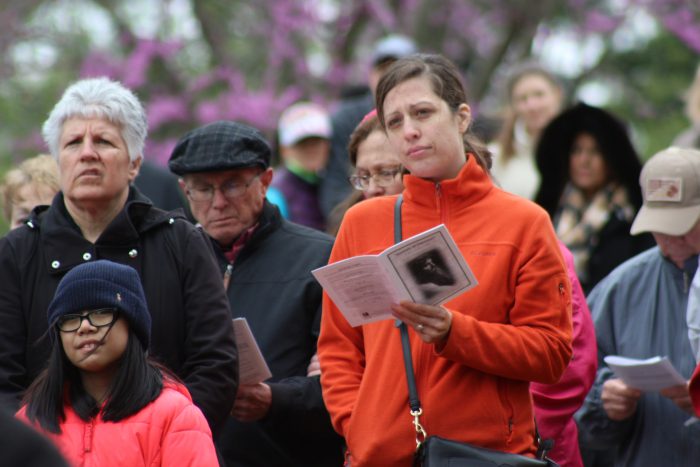 The crowd followed along with a guide prepared from the book, “Journey of Decision” by Sarah A. O’Malley OSB and Robert D. Eimer OMI 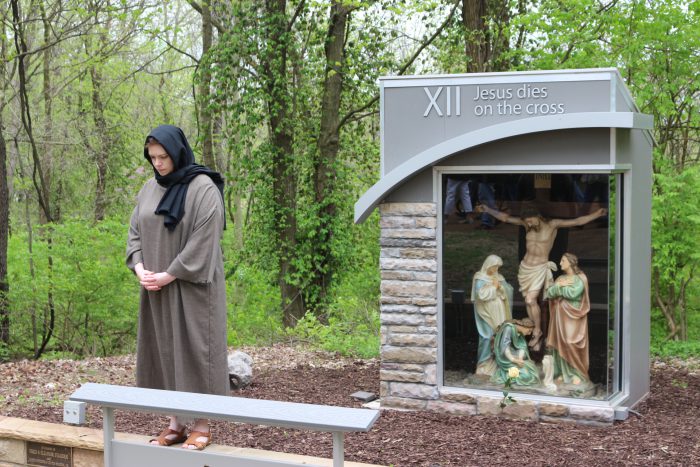