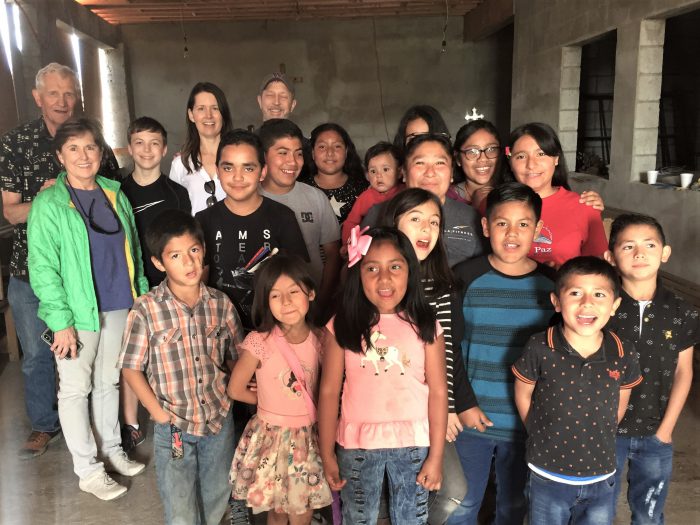 For the past six years, around 15 persons in the Seattle area have come together in April for an annual Missionary Oblate Partnership gathering. This year, instead of a meeting in the Seattle area, members representing this group visited the Tijuana/Baja Mission in order to see firsthand the efforts they have been supporting through their donations.

On the last weekend of April, the Oblates in Tijuana welcomed 5 persons: Sue, Jeff and Will Adams and Tom and Monica Antone (brother and sister-in-law of Fr. William Antone). They began their day helping to build a roof on a very small one-room, dirt-floor house in which an elderly, blind father and his son live. The son works in a local assembly plant (maquiladora) and makes 80 dollars for a full week’s work. 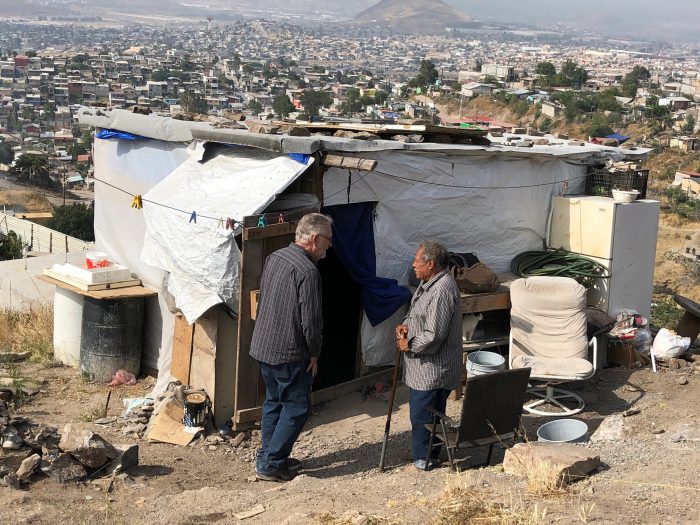 Fr. William Antone chats with one of the homeowners receiving a new roof 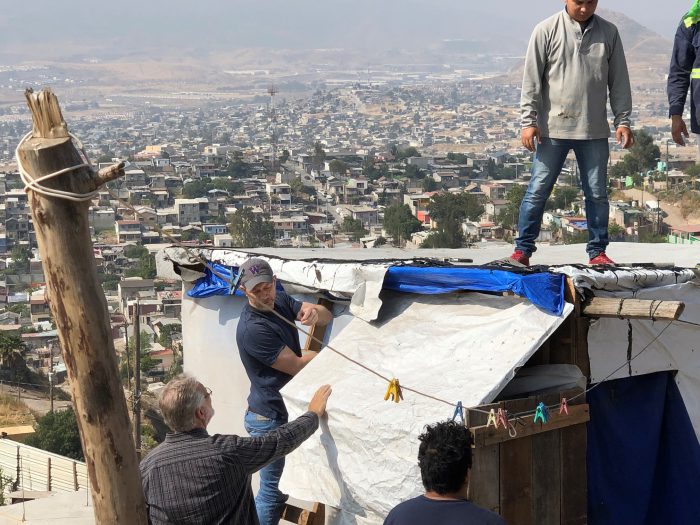 Fr. Esqueda’s team gets to work on the new roof 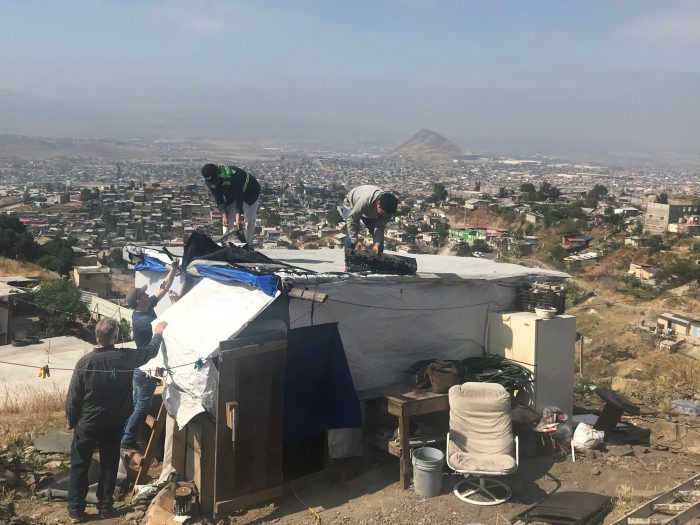 The roof replacement began by taking off the inadequate tarps that were keeping the rain out. The work was done by a small team of young men assembled by Fr. Jesse Esqueda, OMI in an on-going effort to provide people with protection from the rains by building new roofs. Later that same day, the visitors participated in a children’s party in anticipation of the annual April 30th Mexican holiday of the “Day of the Child” (el Día del Niño) that included games, piñatas y hot dogs. They also met up with youth at the Youth Center and later in the evening at the Pre-novitiate.

The visitors also had the opportunity to meet with four young men who were part of the famous, 6,000-strong “Caravan” from Central America, which arrived in Tijuana in October, 2018. Fr. Jesse and the Oblates are employing the four men (2 Hondurans, a Guatemalan and a Salvadoran) in the construction of a house which will be used by the Oblates this summer when they move farther east to establish a new parish. The young Central Americans were migrating north in the Caravan in order to avoid being pressured to join the criminal gangs (or be killed) in their countries, and so these young men were not criminals themselves!

At the Pre-novitiate that evening, the partners hear the real stories of Central American migrants

Of the many things that impressed Seattle-area Partners during their visit, they were especially impressed with the commitment of the youth to their Church and community. 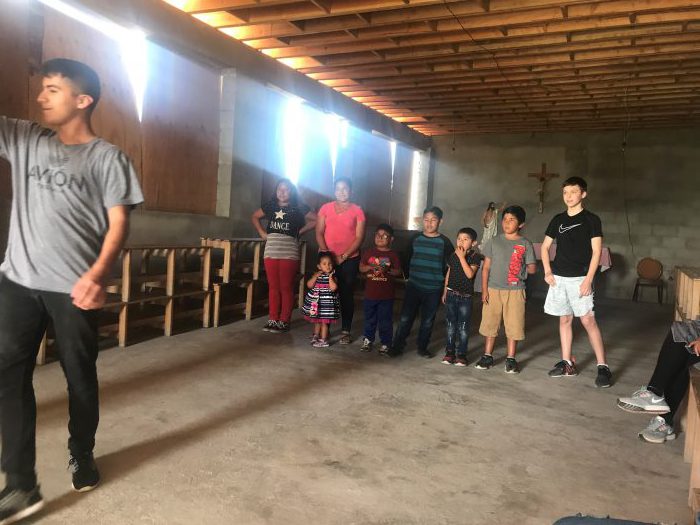