Photos and materials by Alejandro Calderon, with thanks to Irma Noyola 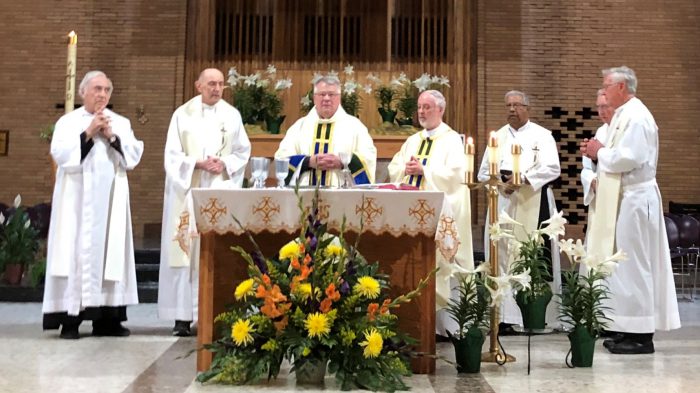 On Tuesday April 30, 2019, the Missionary Oblates of San Antonio held a Mass of Celebration for those celebrating special anniversaries for ordination and first profession.  A total of 20 men were honored at the Mass which was held at the Immaculate Conception Memorial Chapel on the grounds of Oblate School of Theology.

U.S. Provincial, Very Rev.Louis Studer, was the celebrant for the Mass and Jubilarian, Fr. Edward Hauf, was the homilist. A reception was held at the Whitley Theological Center right after the Mass. 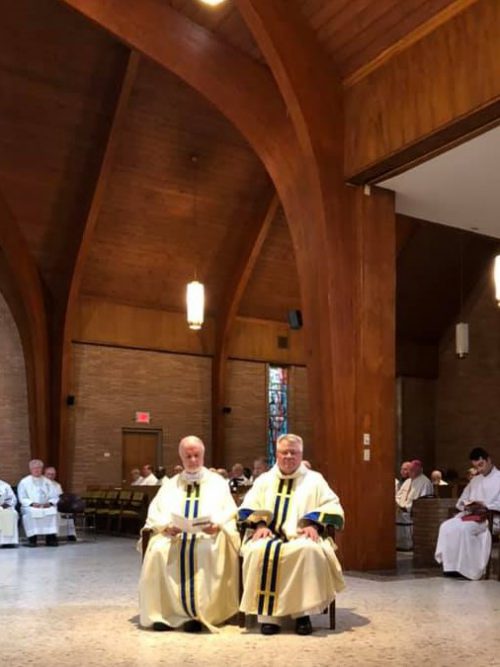 Homilist and Jubilarian, Fr. Edward Hauf is on the left, Very Rev. Louis Studer, U.S. Provincial is on the right