May 21st is the Feast of St. Eugene de Mazenod

Dear Brother Oblates and all our Brothers and Sisters living the Oblate Charism, 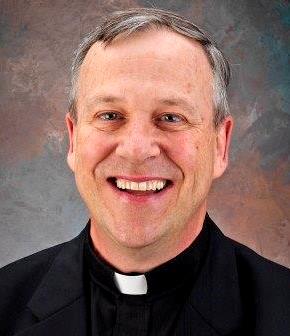 The feast of St. Eugene de Mazenod always brings us the renewed desire to live more faithfully as he insisted: with charity among us and zeal for the salvation of souls.   May this day be a special day of prayer, communion and joyful celebration!

Very shortly, in July, the Major Superiors of the Congregation will be meeting for the Interchapter in Obra, Poland.  We will be evaluating how the decisions taken in the 2016 General Chapter have been carried out and how to further implement them; the remote preparation for the next Chapter will also begin at the Interchapter.  Please pray to the Holy Spirit so that we may achieve greater effectiveness in responding to the Chapter directions.

In January of this year, the members of the Central Government spent several days in Palermo, Sicily, following the footsteps of Eugene de Mazenod.  It was in Palermo that he spent the last stage of his exile, from 1799 to 1802, before finally returning to France.  He would have been there from the age of 17 to 20 years.  We were guided on this pilgrimage by a member of MAMI, Enzo David, and by the president of the secular Institute, Oblate Missionary Cooperators of the Immaculate ((COMI), Ileana Chinnici.

We spent hours in the streets of Palermo, seeing the places where Eugene lived, the palazzi of important families whose circles he frequented and the churches he attended.  We accompanied his life as a young noble, stopping at various sites to read excerpts from his letters and memoirs.  We came in touch with different aspects of Eugene’s personality and we recognized experiences from his sojourn in Palermo that surely left marks on his personality, his future and the Oblate charism.

We visited what had been a working-class neighborhood of the leather-tanners where he dwelled for a short period.  He lived among these laborers, met them in the streets, saw them washing the animal hides in the river and working in their shops.  He was aware of their hard toil and their plight.

Also, his close attachment to the Cannizzaro family and, especially to the Duchess, whom he loved as a mother, was an important influence on him.  Not only was her maternal presence and love deeply significant in these youthful years when his own mother had returned already to France, but the Duchess was a woman of faith and engaged Eugene in the responsibility for much of her charitable work for the poor.  This ministry brought him directly in touch with the difficulties experienced by the most impoverished inhabitants of Palermo and must have increased his own compassion and concern for the poor.

Looking back over two hundred years ago to this period, it certainly contributed to the formation of a man whose first sermon at the Madeleine fills us with pride and expresses our way of seeing the faces of the poor.

“Come now and learn from us what you are in the eyes of faith. You, the poor of Jesus Christ, the afflicted and wretched, the sick and suffering and covered with sores, etc., whom misery overwhelms, my brethren, my dear brethren, my dear respectable brethren, listen to me.  You are the children of God, the brothers and sisters of Jesus Christ, the co-heirs of his eternal Kingdom, the cherished portion of his inheritance; you are, in the words of Saint Peter, the holy nation, you are kings, you are priests, you are, in some way, gods: ‘Dii estis et filii Excelsi omnes’.”

Eugene’s life in Sicily increased his closeness to the poor, his awareness of the challenges they faced each day, his love for them and his respect for their dignity as beloved sons and daughters of God.

Along with visiting places connected to Eugene, mentioned in his letters from this period, we also accompanied present-day Oblates and members of the Missionary Association of Mary Immaculate (MAMI) and COMI as they live the Oblate charism today.  It was striking to see the new place of Oblate ministry in the heart of old Palermo, Saint Nicholas of Tolentino Parish, recently taken on by the Mediterranean Province. An international community of Oblates has been established in this parish with a missionary outreach.

Two Oblates have been ministering to the migrants and refugees for many years, while living with other Oblates at Madonna delle Grazie Parish on the outskirts of Palermo.  They have been commuting back and forth each day to the old part of Palermo for ministry where the immigrants and refugees are clustered.  The Oblates emphasized that the new place of ministry at St. Nicholas is innovative in two ways.

First of all, the ministry with immigrants and refugees will be the common ministry of all the members of the Oblate apostolic community, with the parish as their base.  They are actively integrating in various ways, lay associates, young people living the Oblate charism and members of COMI in the mission.  The other new dimension to this apostolic community is that the Oblates are living at the parish house, right in the midst of the poor, among the many immigrants and refugees coming from around the world to Sicily.

On January 27th, the members of the Central Government celebrated the Eucharist with the local Oblates at St. Nicholas Church.  It was packed with people of every shade of human flesh, celebrating in many tongues the Eucharist, each contributing something beautiful from his or her local culture in prayers, songs and dances.  We saw the new faces of the poor.  We encountered Christ the migrant, the refugee.   It was a beautiful celebration of communion.

In order to take on responsibility for this parish in the heart of Palermo, the Mediterranean Province had to decide to withdraw from the parish on the outskirts of Palermo, Madonna delle Grazie.  Some 15 years before, the Oblates had taken the responsibility for this parish and gradually it had become a very life-filled parish community with strong lay leadership and many ministries.  The Central Government had an evening social with the leadership of this parish, and in speaking with them, I found it both truly surprising and refreshing that they, the parish leadership, were not complaining and lamenting that the Oblates were withdrawing from the parish!

The leadership, very conscious of the Oblate charism, have understood that the Oblates have accomplished our mission at their parish and, called to be faithful to our charism, we must now move on to new missionary territory.  They wish us success in this new project so that we continue to respond to the urgent needs of the poor.  Congratulations to the Mediterranean Province, responding to the call of recent General Chapters to welcome new missionary challenges and to seek the new faces of the poor, even if this means having to give up very good ministry!

Being in Palermo was a time of grace for the members of the Central Government.  Those days brought us a deep awareness of the last period of exile of young Eugene de Mazenod.  It also showed us many Missionary Oblates, MAMI members and COMI, living the Oblate charism today, not only in Palermo, but also in strong apostolic communities, diverse ministries and collaboration with laity and youth in Misilmeri and Messina, in a beautiful communion of life and mission.  An added touch to this rich experience was that during these days, while being warmly welcomed by the Oblates and the Sicilian people, we were also invited to enjoy the delicious food and wine of this enchanting island!

In communion with our first brother Oblates, who chanted the Salve Regina around their beloved Father as he lay dying, we invoke the Mother of Mercy with tender devotion as one Oblate family.  Let us ask Mary to help us be creatively faithful and audacious in living the missionary charism bequeathed to us by our Founder.  Saint Eugene, pray for us!