On Tuesday, May 21st, the Feast of St. Eugene deMazenod, Founder of the Missionary Oblates of Mary Immaculate, the Oblate Associates of the Shrine of St. Joseph the Worker recommitted themselves for another year to follow in the footsteps of St. Eugene and the many thousands of Oblates throughout the world who for over 200 years have carried forward the mission of evangelizing the marginalized among us. 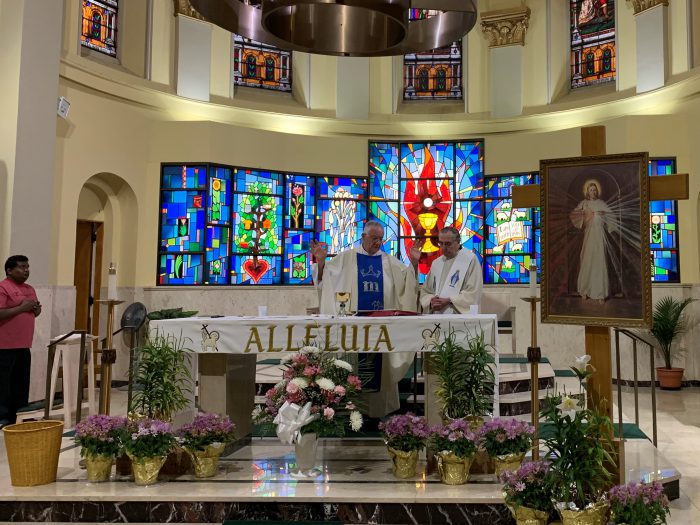 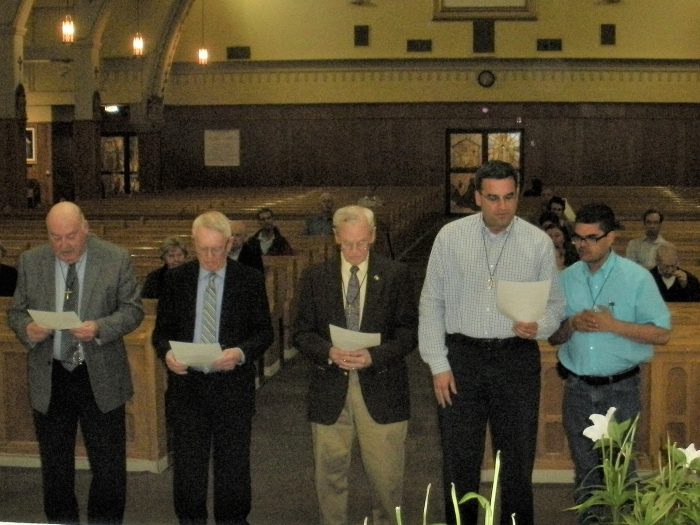 Following the re-commitment ceremony – incorporated into the Feast Day Mass – a dinner for these Associates and professed Oblates was held in the Shrine Hall – all told, some 20 members of the local Oblate community joined in these festivities.  Fr. Steve Conserva, OMI, who is the Associates’ spiritual guide, presided at the Mass and using his considerable culinary skills, largely prepared that evening’s celebratory meal as well.  In the Fall, he plans to initiate a series of presentations on the charism of St. Eugene and the spirituality of the Oblates, inviting others in our local community to consider joining the ranks of the Oblate Associates here at the Shrine. 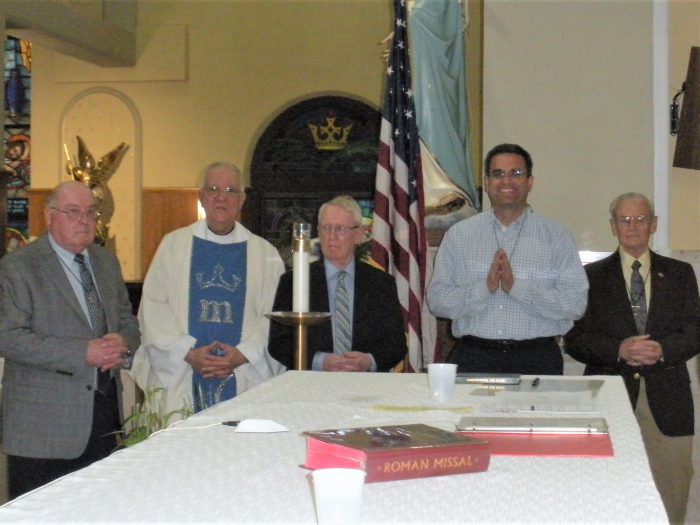