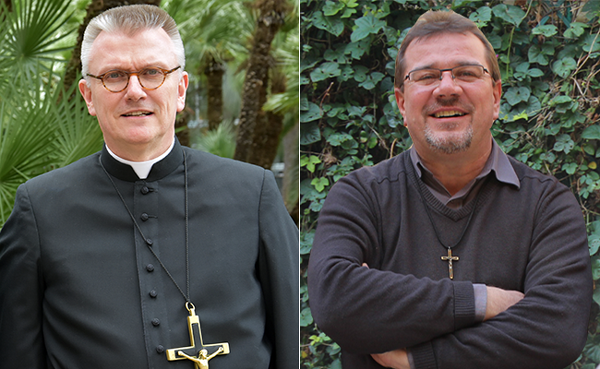 Fr. Mokone was born on November 3, 1965 in Grieselsdam, in the Free State Province of the Republic of South Africa. After entering Oblate formation in 1988, he professed his first vows on 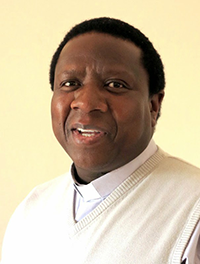 February 6, 1991 at Our Lady of Hope Novitiate in Johannesburg. As a Scholastic, he had his initial formation in Natal Province at St. Joseph Scholasticate, Cedara, from 1990-1993, and continued in Rome at the International Scholasticate from 1993-1996. After professing the Final Vows in December 1995, he returned to South Africa and, on December 6, 1997, was ordained a priest at his home parish of Emmaus, Botshabelo, in the Archdiocese of Bloemfontein.

Fr. Mokone received his first obedience as a priest to the former Central Province of South Africa. However, he worked at the Pre-novitiate, Rayton, in the former Northern Province as a Formator from 1997-2000. Then he was sent to Rome, to study at the Institute of Psychology of the Gregorian University, from 2000-2004, to equip himself with more knowledge and the skills needed for a formator. On his return, he started working at St.  Joseph’s Scholasticate from 2004-2009. Mokone was then asked to be the Novice Master at Our Lady of Hope Novitiate, Germiston, in South Africa, where he served from 2010-2011. It was in 2011 that he was appointed Provincial of the former Central Province of South Africa. He remained in that office until the amalgamation of the three South African Oblate provinces in 2018. 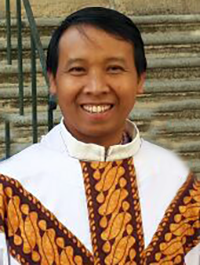 Born on July 14, 1974, in Ambarawa, Archdiocese of Semarang, Central Java, Indonesia, Fr. Asodo pronounced his First Vows as an Oblate on August 11, 1996, at Yogyakarta, Indonesia. After completing his philosophical and theological studies, he was ordained a priest on December 7, 2003, in Balikpapan, East Kalimantan, Indonesia.

His first appointment was as the Assistant priest at Trinity Parish in Jakarta from 2003 – 2005. That year, he received a different obedience to serve in the same capacity once again, this time at the Calvary Parish in Jakarta. In 2007, he went to Melbourne, Australia, to follow a course on Formation in Spiritual Accompaniment while serving as a member of the formation team of St. Mary’s Seminary, Mulgrave. The following year he returned to his country and was appointed a formator at Wisma de Mazenod, the Oblate Scholasticate in Yogyakarta. From 2009 to 2013 he served as the Superior of the Scholasticate. It was in 2013 that Fr. General called him to be a member of the newly-formed international community at St. Eugene de Mazenod International Centre (CIEM) in Aix-en-Provence, France.

While remembering with gratitude the immense services rendered by the two outgoing superiors for their respective communities and the Congregation at large, we wish all the very best for the new leaders, Frs. Mokone and Asodo.