GENERAL SERVICE OF PROCURATION TO THE HOLY SEE

On June 6, 2019, Fr. David Kumar ANTHONY, the outgoing Procurator General to the Holy See, bade farewell to the Oblate General House community after serving the Congregation in that 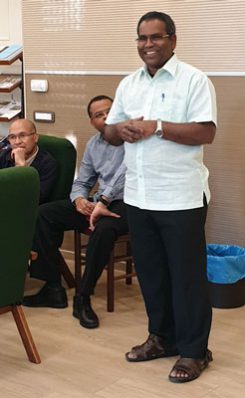 capacity for 3 years. It was during the April-May Plenary Session in 2016 that the Superior General, with the consent of his Council, appointed him as Procurator General of our Congregation.

Originally from the Province of India, Fr. David was ordained a priest on May 6, 2000. Before coming to Rome, he served as a formator at the Oblate Philosophate and Theologate (2001-2005), Vocation Director and Director of MAMI (2002-2004), Director of the OMI Institute of Philosophy (2010-2015), and Judicial Vicar of the Diocese of Chingleput, Tamil Nadu, India.

His active participation during the 36th General Chapter was very much appreciated by the capitulars. As a member of the Permanent Committee for the Constitutions and Rules he contributed his expertise and helped the Committee to renew the value and importance of our Book of Life in the Congregation, as we celebrated the bicentenary of the Constitutions and Rules. Fr. David was recently chosen the first Councillor of the Province of India, and we wish him well in his new mission. 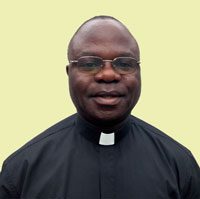 Our new Procurator General to the Holy See is Fr. Constant KIENGE KIENGE, from the Democratic Republic of Congo. His academic qualifications and experience in the field of Canon Law make him a worthy choice for this revered position. After completing a Licentiate in Canon Law at the Catholic University of Congo in 2008, he served as a Professor of Canon Law at St. Cyprian’s inter-diocesan Theologate in Bunia, Congo, until 2012. From 2012 to 2014 he was the Vicar Provincial of the Province of Congo. In 2014 Fr. Constant followed a special course in Integral Human Formation, Montreal, Canada, before arriving in Rome to do doctoral studies in Canon Law, the following year. In 2018, he received his doctorate from the Pontifical Lateran University, Rome.

We wish Fr. Constant all the very best as he begins his work in the General Service of Procuration to the Holy See.