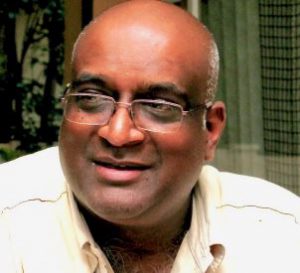 Editor’s Note: In early 2019 Father Sylvester David, OMI, was named President of Oblate School of Theology.  He had been vicar general of the Archdiocese of Durban, South Africa,  and was to be installed as the new president of OST on August 1, 2019. All that changed on June 7, 2019 when Pope Francis appointed Fr. David to be the next auxiliary Bishop of the Archdiocese of Cape Town, South Africa. Prior to leaving San Antonio, TX for his new mission in South Africa, Bishop-elect David graciously consented to reflect on what might have been, and what he looks forward to in Cape Town.

If you missed the article announcing Bishop-elect David’s appointment, click here to see it 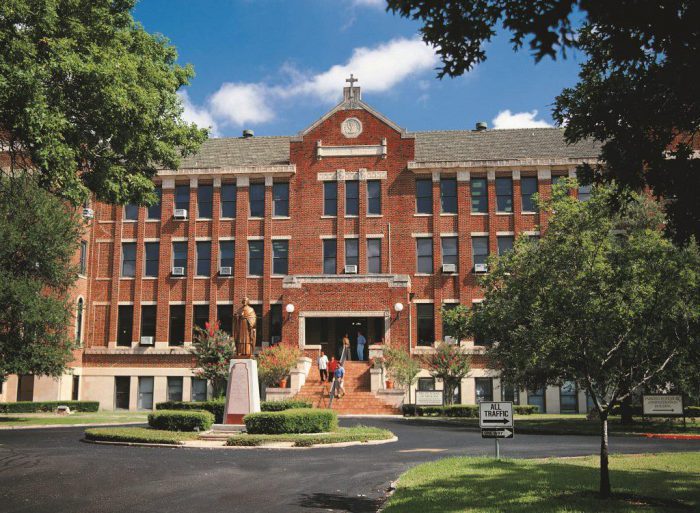 Q – What are your major impressions of OST? – It’s greatest strengths?

Bishop-elect David: OST is a well-run School. This has been proven by the ATS (Association of Theological Schools) report. When I came in at the end of February I hit the ground running. I landed at midnight and was at the office at 08:00 the next day. I walked straight into preparations for the ATS visit. This gave me a wonderful opportunity to view the School through independent lenses. The School passed with flying colors. There was high praise for the ways in which the School fulfills its Oblate mission and all programs were accredited for ten years. Our PhD program is one of only two such programs in North America.

One of the ways in which the Oblate ethos is seen at the School – and here I speak of realities beyond mere “slogans and tee shirts”. I speak of what touches the core of what it means to be Oblate. I refer to the President’s Circle Scholarships which make it possible for students from underprivileged backgrounds to build capacity here at OST and then to return to their places of origin where they become the voices of the voiceless as they do advocacy work among the marginalized. The dictum of de Mazenod to “help them to be human, Christian, and then saints” is the aim here. I have seen the results of Oblate empowerment first hand when I worked at Cedara. There, religious sisters and brothers would come to Cedara, get qualifications in Development Studies and return to their places to help their people work for sustainability. I have been privileged to see the same ethos here at a more intense level as OST offers Masters and Doctoral level programs.

The President’s office works extremely hard at securing Scholarships and I would like to invite more people to participate in this scheme. Oblates are invited to generate interest in our work among those they work with in parishes and in other areas of Oblate mission. The ideal is to have a scholarship endowment of at least one million dollars and to use the interest to support four to five students each year. In this way our assistance to these deserving students is assured. The other way is to obtain assistance of $15 000.00 per annum for a period of five years to support one student. There are also other ways in which people can help e.g. to provide bursaries for missionaries who are deserving of a sabbatical. Our MtM program is crucial in the area of on-going formation – one of the main Oblate preoccupations.

Q –  In a missionary congregation dedicated to serving”the most abandoned” How does an institution of higher learning fit in?

Bishop-elect David: The Education ministry has long been an Oblate work. It became an Oblate concern when de Mazenod took St Paul University as an Oblate work. He saw the University as the site of moral regeneration. According to former Superior General, Bishop Wilhelm Steckling OMI (in a speech given at St Paul University on 28th April 1999), both the University of St Paul and the University of Ottawa can look to de Mazenod as one of their founding fathers. My own alma mater in South Africa was founded by Fr Sormany an Oblate, and the late great Archbishop Denis Hurley, OMI was its recent Chancellor. St Joseph’s Theological Institute (Cedara) works with Catholic Studies and Christian Spirituality programs at the same University from undergraduate to Doctoral levels. I draw this out quite amply simply to invite Oblates to own this aspect of our missionary life and to work with our institutions by generating interest in our work. This work is not done in a vacuum but within the matrix of Oblate missionary outreach. The Congregation has long had six centers of Higher Learning under the auspices of the Association of Oblate Institutes of Higher Learning (AOIHL) and recently two more were added. In addition, OST houses the Chair of Oblate Studies and this position serves the entire congregation.

Q – Could you give a short description of Cape Town, it’s people and what it’s like?

Bishop-elect David: Cape Town, like most of South Africa is a multicultural place. It is city with all the trappings of a primary international holiday destination and like most cities in South Africa it has densely populated informal settlements. There are also many migrants seeking to make a livelihood. Like so many places in the world Cape Town has its fair share of in-equity with people dying from overeating while others die of starvation. South Africa is a premium wine producer and much of the good liquid comes from Cape Town and surrounding areas. The are many famous land marks in the area e.g. Robin Island where Nelson Mandela was imprisoned, and the famous Table Mountain. All told Cape Town is a rich tapestry of cultural diversity and natural beauty. To say more will be to rob to enthusiast of the excitement of his/her own discovery either through the internet of through an actual visit.

Q – What are some of the challenges you’ll be dealing with in your new role?

Bishop-elect David: If my work as VG of Durban is anything to go by then I can look forward to dealing on a regular basis with both Clergy and Laity. Often one gets in touch with creativity and extreme generosity through these exchanges – but there are also conflicts and disputes to be resolved. A main concern is to ensure that the poor are catered for.

Q – South Africa still seems to be evolving and experiencing “growing pains.” What are some things that need to happen to bring more stability and prosperity to South Africa?

Bishop-elect David: The State needs to demonstrate its seriousness about dealing with corruption. Thankfully, the number of cabinet ministers has been trimmed. Now more needs to be done to ensure a recovery in the economy – especially with respect to unfortunate and uninformed utterances about economic realities made by irresponsible politicians.

Q – Will the Oblate charism effect the way you approach your new role in Church leadership?

Bishop-elect David: That will be unavoidable simply because I am an Oblate.