On Pentecost Sunday, June 9, 2019, St. Stephen Protomartyr Catholic Church in Miramar, Florida held its Annual Ministry Fair.  The Oblate Associates of Mary Immaculate distributed literature from the national office in both English and Spanish about the Missionary Oblates and the Oblate Associates, along with St Eugene’s calendar key tags and perpetual calendars. The coordinator of the Oblate Associates in Miramar, John Venezia, entertained a lively discussion with many of the parishioners about the life of St. Eugene De Mazenod and of the missionary work of the Oblate priests and brothers around the world as parishioners approached the table. 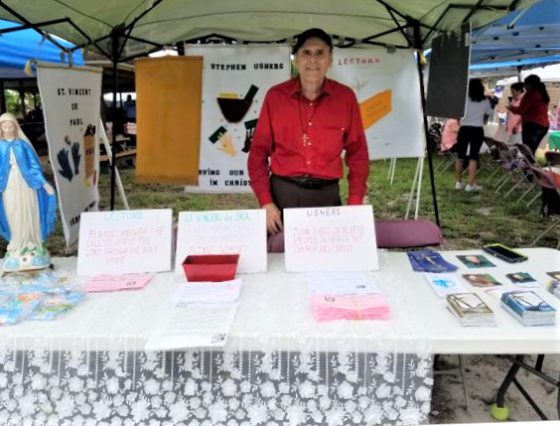 John Venezia OAMI at the English Ministries table with Oblate Associates literature displayed at the right.

St. Stephen Protomartyr Catholic Church also welcomed a new Spanish Knights of Columbus Council to the Church’s many ministries.  At John’s suggestion the new name honors St. Eugene de Mazenod and the 45 years of Oblate service given to the Church from 1968 to 2013. The new council is officially named: 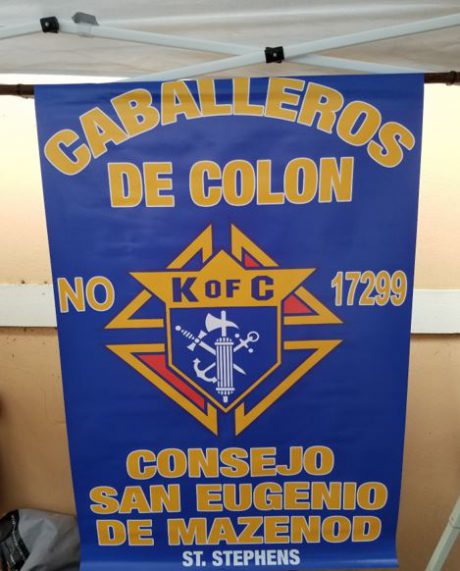 The new Council was publicly announced at the Knights of Columbus State Convention in Orlando, Florida in May. Brother John Venezia was in attendance. 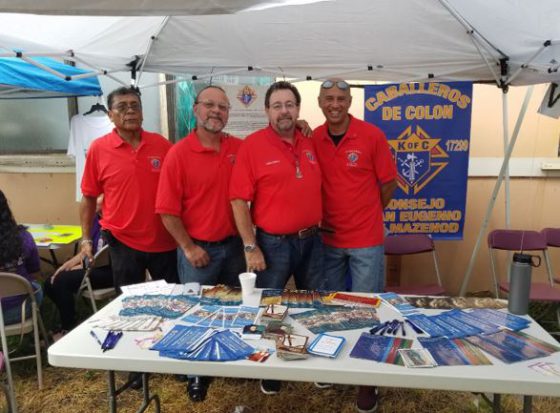 A few of the Knights at the “Caballeros De Colon Consejo San Eugenio de Mazenod Council 17299” Ministry table with Council and Oblate literature for distribution.